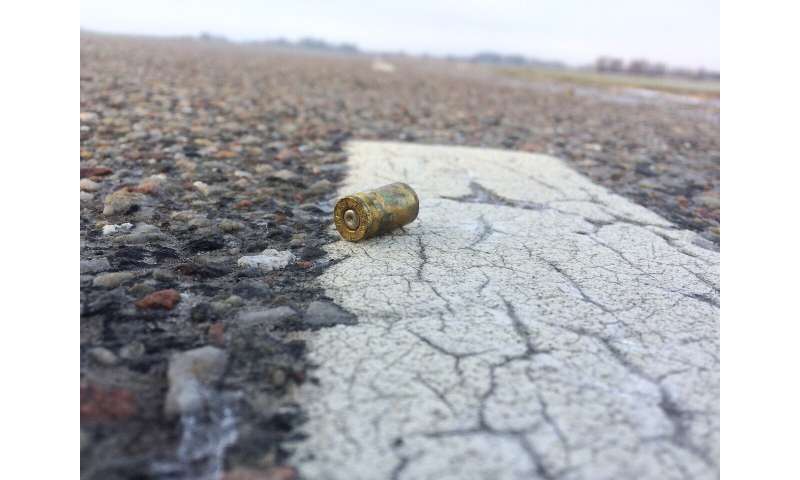 Researchers are warning that lead-based ammunition is posing a risk to firearms’ users and their families, with a culture of denial about the issue among the firearms community.

In a letter published in the latest New Zealand Medical Journal, researchers from the University of Otago, Wellington and Massey University say that while the risk of lead absorption from lead-based paint is well known, there is far less awareness of the risk from firearm use.

According to the World Health Organization there is no known safe level of exposure to lead. In New Zealand, a blood lead level greater than or equal to 0.48 micromoles per litre must be notified to the local medical officer of health.

One of the authors of the letter, Dr. Marie Russell from the University of Otago, Wellington, says lead exposure from firearms can occur through several pathways, including from lead ammunition and primer which release fumes and particles close to the face that may be inhaled; from lead dust at indoor firing ranges that may be ingested from hands, or inhaled; and from consuming lead-shot meat.

“Data for the period from 2014 to 2017 show that firing ranges were the second most common identified non-occupational source of lead exposure for each year.”

Dr. Russell says there is, however, widespread denial among the firearms community that lead exposure is an issue.

“Some suggested there was a conspiracy against firearms and their owners. Shooters who did accept that lead might be a problem believed that ventilation systems at indoor firing ranges solved the issue.”

Associate Professor Read says children are particularly vulnerable to the neurotoxic effects of lead, and even relatively low levels of exposure can cause serious and in some cases irreversible neurological damage.

“Given children’s susceptibility to lead, it is concerning that shooting sports continue in some schools and that firearms organisations encourage children to join in shooting and hunting, while retailers continue to market firearms to children.”

Air rifles, which are often considered to be a beginner’s or child’s gun, are frequently used with lead pellets.

Dr. Russell says that while the science about lead absorption is clear, there remains resistance from firearms’ users about making the changes needed to protect themselves and their children.