Monkeypox: All you need to know about the disease

The rare infection is described by the World Health Organization (WHO) as a virus transmitted to humans from animals with symptoms similar to those seen in the past in smallpox patients. Various animal species have been identified as susceptible to monkeypox virus. This includes rope squirrels, tree squirrels, Gambian pouched rats, dormice, non-human primates and other species. With this unprecedented rise in monkeypox cases globally, WHO notes that human-to-human transmission can result from close contact with respiratory secretions, skin lesions of an infected person or recently contaminated objects.

In addition, WHO states that transmission can also occur via the placenta from mother to fetus (which can lead to congenital monkeypox) or during close contact during and after birth.

It is important to note that while close physical contact is a well-known risk factor for transmission, WHO explains: “It is unclear at this time if monkeypox can be transmitted specifically through sexual transmission routes. Studies are needed to better understand this risk.”

For Ollie, who first shared his experience with the virus via the social media app TikTok, this message was extremely important to share. 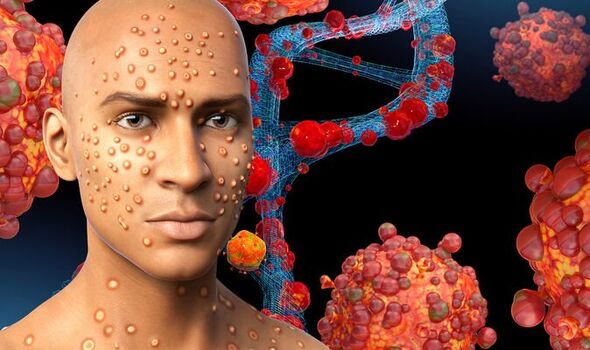 It was whilst holidaying in Madrid, Spain, that the TikTok influencer and aspiring model first caught the virus, at first thinking that it may have been COVID-19.

Speaking on one of the videos he posted adressing his symptoms, Ollie said: “I have a weakened immune system due to personal health reasons and I also tend to pick my skin a lot due to anxiety. I didn’t get this through s-e-x.

“I think [I got monkeypox] mainly from going to clubs. There was a lot of close contact happening. I also kissed some people.

“I wanted to share my personal experience and things that have helped me get through it as well, as I found there is still not a lot of information about there.”

The young social media star then went on to explain some of the symptoms he first noticed and the effect this had on him at the time.

He went on to say: “My first symptoms were having a very high fever and sweating a lot at night. A couple of days before the first lesions started showing up. We were initially worried it was Covid as my dad had tested positive and I was coughing fairly badly as well.

“But I had taken three Covid tests, one day after the other, and nothing had showed up. But after a couple of days that sort of disappeared and I thought I was fine. Then I noticed small red bumps forming on my skin.

“The bumps started getting bigger and were in quite unfortunate places. I was probably in the worst pain of my life.

“I couldn’t sleep because of the pain. I would be waking up every hour during the night and it would take me ages to get back to sleep just because I was in so much pain.”

Having travelled to France with his family, Ollie’s symptoms were worsening, so he decided to seek medical attention. At this point, the lesions on his fingers, face, feet and other areas of his body had become fluid filled. He described that he was in “more pain than he had ever been in his life”.

He continued to say: “It was excruciating. I was crying trying to get out of the car, getting in and even sitting in the car. Walking became so painful.”

After being prescribed paracetamol, to no effect, Ollie was instead given codeine and over time his lesions have started to scab over. 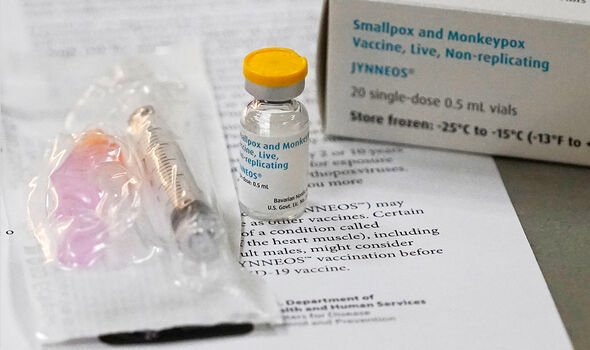 “I am currently using rose hip oil and tee tree oil to prevent any scarring,” Ollie continued. “I am also staying out of the sun, like how you would treat any acne scarring. I also do not scratch or pop them.”

The NHS notes that if symptoms become more severe individuals may need further treatment in hospital, especially if their risk is greater. For example, older people, young children and people with a condition or who are taking a medicine that affects their immune system.

Due to the breakout which started in non-endemic countries such as the UK, the NHS is offering smallpox (MVA) vaccination to people who are most likely to be exposed to monkeypox.

As monkeypox is caused by a similar virus to smallpox. The smallpox (MVA) vaccine should give a good level of protection against monkeypox. People who’ve been in close contact with someone who has monkeypox ideally should have the vaccine within four days of contact, but it can be given up to 14 days after.