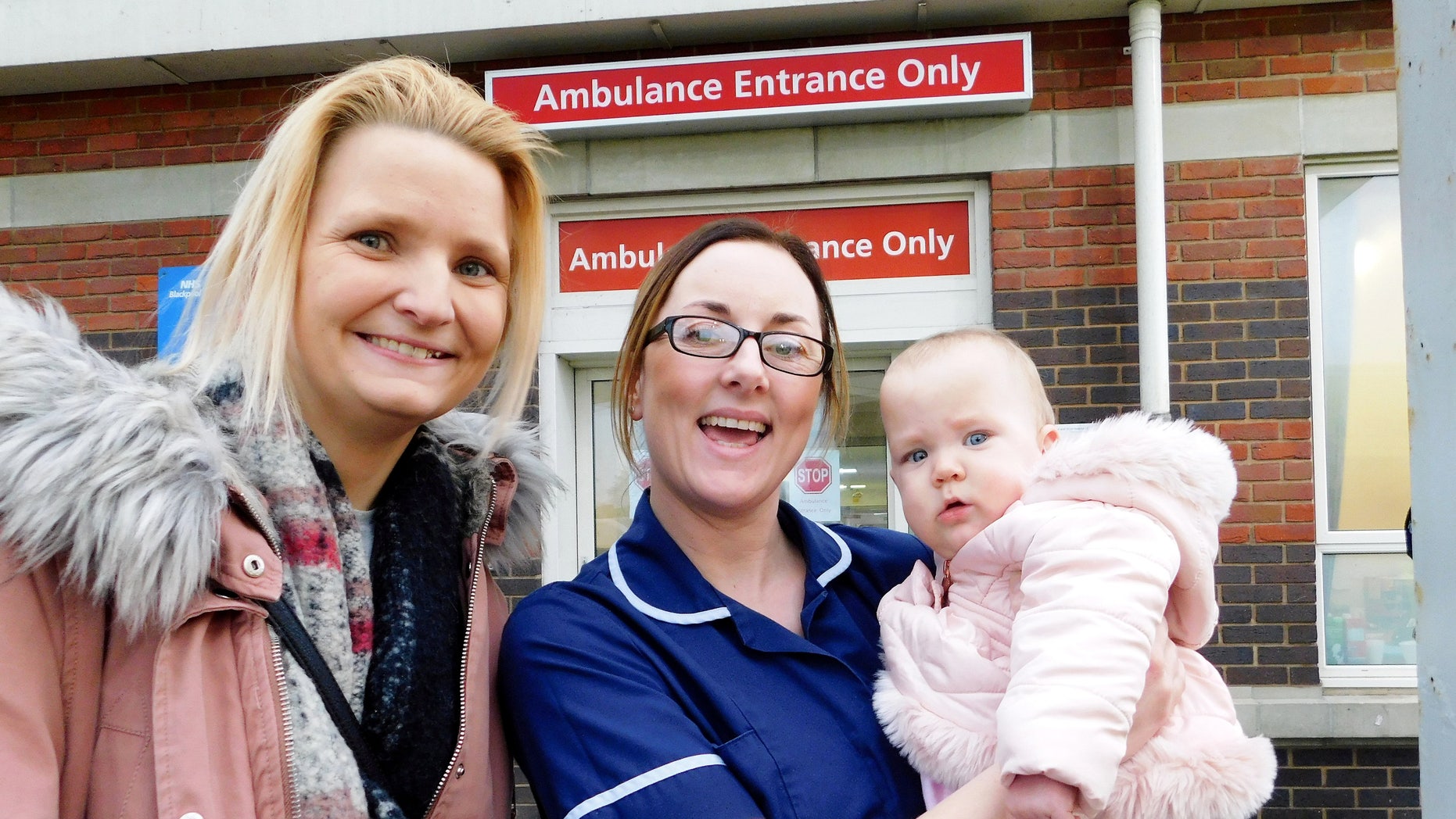 Lisa Davey named her daughter Danielle Alice Davey after their nurse, Danielle McLardie, who helped care for them while she recovered from a rare infection.
(SWNS)

A teaching assistant who only found she was pregnant when she nearly died from sepsis has named her daughter after the "wonderful" nurse who treated them.

Lisa Davey, 27, decided to call her miracle baby who was born 14 weeks premature, Danielle. It came after Davey was brought into A&E at Blackpool Victoria Hospital with a suspected abdominal infection in April 2018. Medics discovered she had a tiny tummy bump which they initially thought could be linked to the possible infection.

But an ultrasound revealed that Davey was actually 26 weeks pregnant and had developed HELLP syndrome – a rare liver a blood clotting disorder and condition which affects pregnant women.

Her health dramatically deteriorated after she contracted sepsis and her organs started to fail.

In a bid to save both mother and baby, doctors decided to take Davey for a cesarean section. 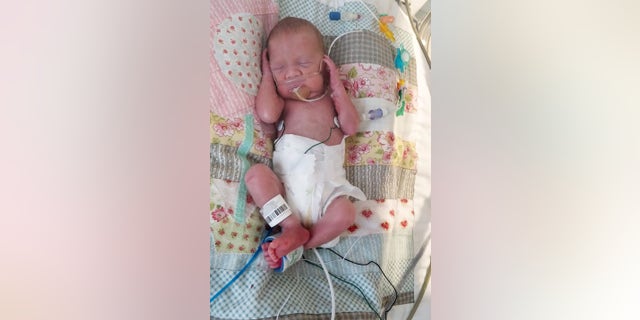 Lisa Davey was actually 26 weeks pregnant and had developed HELLP syndrome – a rare liver a blood clotting disorder that can affect pregnant women — which then developed into sepsis.

Davey was moved to the intensive care unit at Blackpool Victoria Hospital and only discovered she was now a new mother when she woke up in her hospital bed.

X-RAY OF MOM'S ABDOMEN REVEALS IUD THAT 'FELL OUT' A DECADE EARLIER: REPORT

She had still been working 80-hour weeks and had no idea she was expecting before being taken to the hospital.

“I couldn’t believe it. I had been working 80 hours a week and lifting heavy boxes," she said. "I had no clue I was pregnant. I had no symptoms. When I met my baby girl a week later, I knew I had to call her Danielle after the fantastic care I received from such a wonderful nurse.”

Ten months on, both mom and baby are doing well and are enjoying a normal life in Blackpool, Lancs.

As a thank you, Davey named her newborn baby after sister Danielle McLardie, 33, who had just started her shift with Davey being her first patient.

“Lisa was so poorly, we didn’t know her or the baby would make it," McLardie said. “Nobody had a clue when she came in that Lisa was pregnant – including Lisa herself. There was only a tiny tummy bump which we thought could be linked to a possible infection. I stayed with Lisa for 3.5 hours and visited her each time I was on shift. When Lisa told me the baby’s name, I cried I was so overwhelmed – I was just doing my job. But having such a cute bundle of joy named after me is such a huge honor, it’s the highlight of my career.”