Men who can’t do push ups are more prone to experiencing heart attack or stroke.

Meanwhile, those who can easily do ten or more of the exercises are likelier to ward off the deadly condition.

A Harvard University study found that your fitness levels are linked to your cardiovascular health.

Harvard University researchers looked into the medical records of 1,000 firemen.

It analysed records between 2000 and 2007, noting down any reports of cardiovascular disease over the next decade.

They also noted how many push ups the chaps were able to complete.

The average age of these American men was 39.6 years.

Meanwhile, the average body mass index of the blokes was 28.7 – which is considered to be in the overweight category.

Despite this, the men were active which made them less likely to develop heart disease. 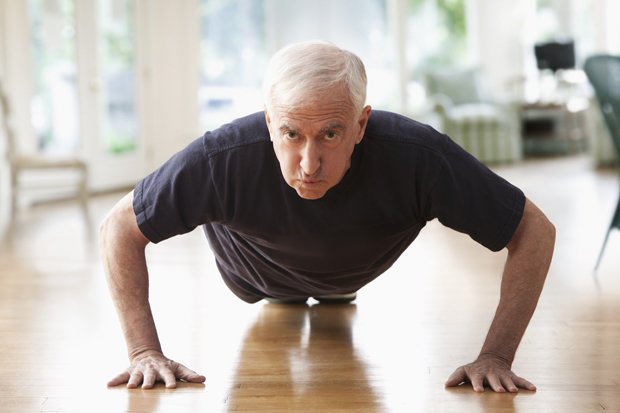 Scientists noted that those who were able to complete 11 to 20 push ups were 64% less likely to develop heart disease.

As well as this, participants that could do 21-30 push ups quartered their risk of heart failure and coronary artery disease.

While the study gives greater insight into heart disease prevention, research is still in its infancy.

In the future, researchers must test their theory on women and those who are less active.

He said: “This study shows that fitter firefighters have less chance of suffering a heart attack or stroke in the next decade.

“The narrowing of our arteries with fatty substances, which can eventually lead to heart attacks and strokes, starts early, often in our 20s and 30s.

“Keeping fit, no matter your age, is an important way to reduce your risk.”