Home » Health News » Measles is NOT a minor childhood illness

Measles is NOT a minor childhood illness – it robbed Nicky of her hearing: As the number of people having essential vaccinations plummets, one woman shares her shocking story

When people ask me why I am deaf and I tell them ‘it’s because I had measles as a baby’, they always look so shocked. Then inevitably they say something like ‘good grief, how is that possible?’. I don’t think people realise how serious measles can be.

In fact, I had measles twice before I was one: the first time at around ten months, then again soon after that.

I’d had the other vaccines you’re meant to have at three months and five months, such as diphtheria and whooping cough, but I wasn’t old enough for the measles vaccine — although I was old enough to catch measles. 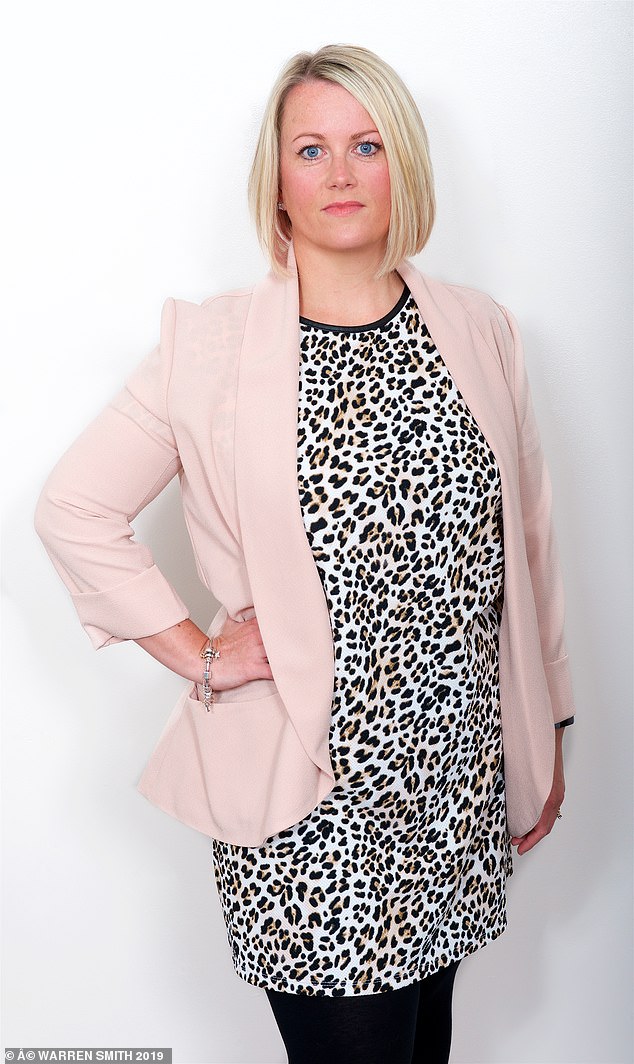 Warning: Audiologist Nicky Jones, 35, from Holyhead, has been deaf since she was a baby

My mum recalls taking me to the doctor as I was so poorly and being asked to wait in isolation when they realised what was wrong, because it’s such an infectious condition.

There was — and still is — nothing much in the way of treatment; Mum had to just sit it out and care for me at home because I was so young, as well as looking after my older (vaccinated) brother.

Because I was only a baby, at first no one realised my hearing had been affected. But Mum knew something wasn’t right, although initially she was brushed off by the doctors and told she was just a fussy mother.

I’d been babbling as normal before having measles but I barely spoke as a toddler. I would also pull people’s faces round to mine when they talked to me, and I cried a lot — looking back, it must have been in frustration that I couldn’t understand what was going on — and was very sickly: I had lots of fevers and infections and for a while they thought I had asthma.

When I was four, my school called Mum in — the standard hearing tests they gave all kids at that time had revealed I was severely deaf in my right ear and completely deaf in the left one.

They ran tests to check whether it was a genetic condition and found nothing. That, combined with the fact that I did talk a bit and my pronunciation wasn’t bad, made them conclude I must have been able to hear when I was born (if you once had some hearing, you know how words ‘should’ sound). They said the only possible cause for such extreme hearing loss was nerve damage caused by measles.

It has had a huge effect on my life. I never had a group of friends throughout my childhood.

Children are cruel and although with intense speech therapy I started to talk more, I relied a lot on lip-reading to work out what people were saying, as with hearing aids I could hear some but not all of what was going on. 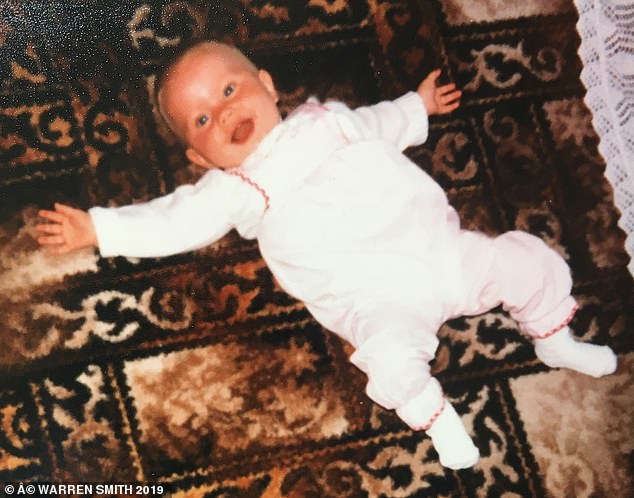 Infected: Ms Jones, pictured as a youngster, when she was left completely deaf by a measles infection. Now, she has a cochlear implant to enjoy some hearing

The other kids didn’t know how to engage with me, so I felt left out and so isolated. I went to school and worked hard, came home and kept myself to myself.

I managed to make my way in life — I built a good career as an audiologist — but my hearing loss brought other issues. In my 20s I met my husband through my now sister-in-law, and thankfully with him there were no barriers — he’s amazing and acts as my ‘ears’.

But when we thought about having a family, I worried that I might not hear my children cry.

When we did have children, my husband had to be the baby monitor — my ‘ears’ in the house — but I discovered that a mother’s instinct is strong and you just know when your child needs you. I had them vaccinated for measles and everything else as soon as I could.

In 2018, I had a cochlear implant [a device that is surgically inserted and does the work of the damaged inner ear] in my right ear. That’s because I had an infection and it knocked out the remaining hearing in my better, right ear, so I was struggling and feeling isolated again. 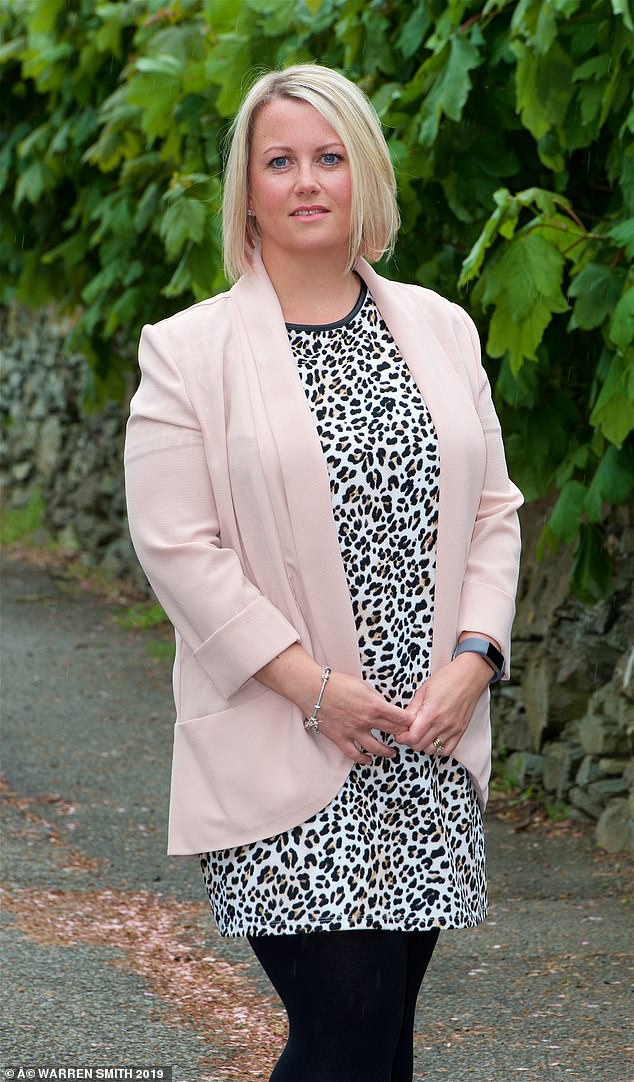 ‘I find it incredible that a parent could think of not allowing their child to have the vaccine that could be doing them a favour,’ she says of the current trend

It is amazing what I can hear now — I had no idea birds were so noisy, and sometimes I can even talk to patients on the phone. This was previously difficult, as I relied so much on lip- reading. But now, after 18 years in the job, I am just starting to make the occasional call.

I’d like another implant in the left ear but you only get one on the NHS. It won’t have as big an impact as the first because I have no residual hearing in that ear but it will improve things like spatial awareness and will definitely be better than the hearing aid I currently have in that ear.

I’m proud of what I have achieved — I work with older people with hearing difficulties and know what they are up against. That’s why I chose to be an audiologist.

However, life has been a struggle and when I come across mothers, as I do, who say ‘I’m not sure I want my baby to have the MMR’, I get so angry.

After everything I have been through as a result of having measles, I find it incredible that a parent could think of not allowing their child to have the vaccine that could be doing them a favour.

What is happening in the UK with measles and the MMR (measles, mumps and rubella) jab?

Last year there were 966 cases of measles, almost four times as many as in 2017. Between 2001 and 2013 there was a sharp rise in the number of UK measles cases and three people died.

The number of cases has fallen since 2013 but rates are still higher than in the late 1990s.

Last week, Unicef research showed half a million children in the UK did not receive the first dose of the MMR vaccine (given at 12 months) between 2010 and 2017.

Why is social media blamed?

Health officials are concerned that social media is being used to spread myths about lifesaving immunisations.

Many of the myth-spreaders operate on Facebook in closed groups, where members are approved in advance to join, so they can spread misinformation without challenge.

Groups such as Stop Mandatory Vaccination have more than 150,000 members, and many share posts on other media platforms. A report this year found half of all parents with small children were exposed on social media to misinformation about vaccines.

Should we be concerned?

The World Health Organisation named vaccine hesitancy as one of the top ten global threats to health in 2019, alongside Ebola and antibiotic resistance.

There has been a 30 per cent rise in measles cases globally.