Home » Health News » Man, 86, travels to LITHUANIA to have his hip replaced

Man, 86, travels from UK to LITHUANIA to have his hip replaced because he feared he would die waiting 80 weeks for the NHS to perform the routine surgery

A man travelled to Lithuania and paid £6,000 to have his hip replaced because he was afraid he would die waiting for the NHS to get round to it.

Peter Gaillard, 86, was told he could have to wait 80 weeks (a year and seven months) to have the surgery near his home in Wales.

Instead of shelling out for private surgery in the UK, he flew to the Baltic nation and had the life-changing op for half the price – and the NHS paid for it.

Mr Gaillard, from Gwynedd in North Wales, went on the 10-day round trip in October last year and says the results are ‘extraordinarily good’. 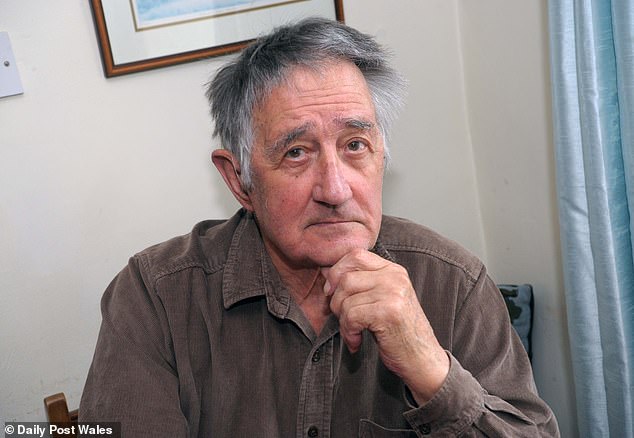 Peter Gaillard, 86, travelled to Lithuania for a hip replacement after being told by the NHS in Wales he could have to wait more than 18 months to have the surgery in his home country

After having his right hip replaced in the UK in 2004, Mr Gaillard noticed the same problem brewing in his left leg last year, the Daily Post Wales reported.

But the NHS board near his home – Betsi Cadwaladr University Health Board – told him he might have to wait more than a year for the operation.

‘I did not feel at my age I could hang around for what might have been two years with everything getting worse,’ Mr Gaillard said.

‘I want to make the most out of the rest of my life as I can.

‘After hunting hard I found it was possible to have the operation in Lithuania for £6,000 as opposed to paying £12,000 privately in this country.

‘I thought it through long and hard and decided to book the appointment and the travel.’

He made the 1,500 mile trip and had the operation on October 8 last year, and only needed to rest for 10 days before he could return home.

Figures revealed in October that the NHS waiting list was the longest it had been for 11 years, with 4.1million people – around six per cent of the population – on it.

At the time more than 3,000 people had been waiting for more than a year to be seen, while one in 10 have to wait at least four-and-a-half months.

When Mr Gaillard returned home he was pleased to discover he could claim the £6,000 surgery cost back from the NHS. 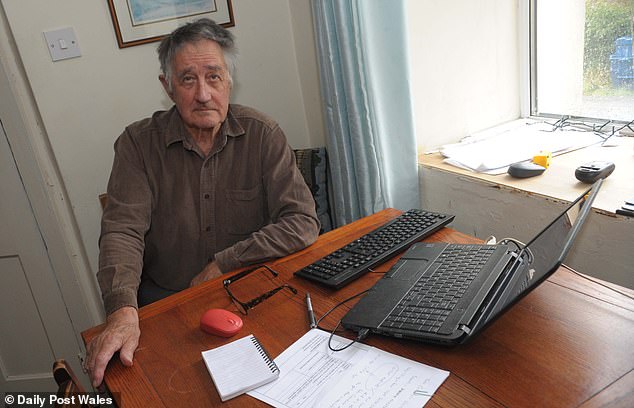 Mr Gaillard’s trip was done and dusted in less than two weeks and he said the results are ‘extraordinarily good’ – and he was even able to claim back the £6,000 from the NHS 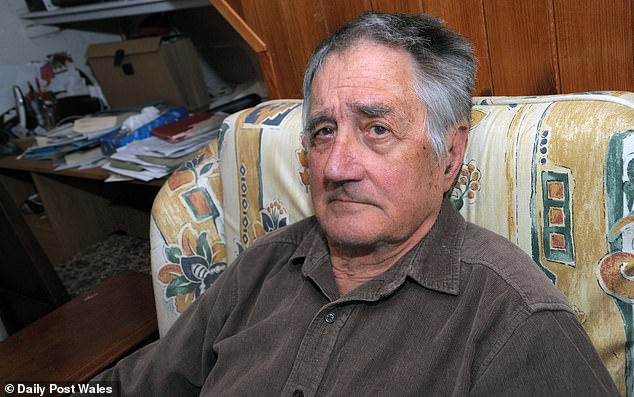 Mr Gaillard had his other hip replaced privately in the UK in 2004 and said he was in a lot of pain afterwards, but this time everything went smoothly and he was back to normal after 10 days

Because his local health board admitted it wasn’t able to do the operation within a ‘reasonable’ time frame, it agreed to reimburse him the money he had paid in Lithuania.

‘I didn’t know about the reimbursement – it wasn’t until I was emailing the nurse at the Lithuanian hospital that she told me she thought it would be possible for me to get my money back. No one here had told me anything about it,’ he said.

NHS patients can use an individual patient funding request (IPFR) to claim back the costs of private treatment which the health service was unable – but expected – to provide.

Mr Gaillard said the Betsi Cadwaladr trust – named after a nurse who worked with Florence Nightingale in the Crimean War – paid him back within three weeks.

He added: ‘After my operation in 2004 I was in a lot of pain for a long time so I couldn’t understand how I would have been able to travel home after just 10 days, but I was.

‘The whole process went very, very well and the results are extraordinarily good.

‘The IPFR department were also very helpful – I didn’t feel there was a barrier there at all.’

A Betsi Cadwaladr spokesperson said: ‘Since January 2018 we have seen a 15 per cent reduction in orthopaedic patients waiting over 36 weeks for treatment, but we accept that waiting times are still too long and are working hard to reduce them.’

The NHS waiting list in England is the longest it has been in 11 years.

A staggering 4.15million people – around six per cent of the entire UK population – were waiting to start hospital treatment at the end of December.

This number is the highest it has been since August 2007, and more than 3,000 people have been waiting more than a year for routine treatment.

NHS England data shows it has been more than 20 months since the health service last hit its target of treating 92 per cent of patients within 18 weeks.

The figure is now at 87.2 per cent, meaning more than one in ten patients can expect to wait at least four-and-a-half months after being referred to start treatment.

It is written into the NHS Constitution – its own rulebook – that patients have a right to begin their treatment within 18 weeks of being referred by a specialist consultant.

But the health service hasn’t hit its target in this area since early 2016.