Home » Health News » Lyme disease warning: The symptom you should watch out for after a tick bite – Dr Ranj

Lyme disease is a bacterial infection that may be spread to humans from the bite of an infected tick, according to the NHS. While most tick bites are harmless, untreated lyme disease could lead to some neurological problems, and even arthritis. If you’ve been bitten by a tick, there is a chance that you could be at risk of the bacterial infection. ITV This Morning’s Dr Ranj has revealed that you should particularly look out for a bullseye rash if you’ve been bitten by a tick.

A rash that looks like the centre of a dartboard could be a warning sign of lyme disease, said Dr Ranj.

Around one in three people with lyme disease develop the characteristic rash, that could become very red, and may have slightly raised edges.

But, you should speak to a doctor if you’ve been bitten by a tick, and suddenly become quite unwell, he said.

“Tick bites – they attach themselves [to the skin],” said Dr Ranj. “What we usually say is, if they are attached, be very careful removing them.

“Ideally remove them very close to the skin, or use special tick-removing tweezers.

“There is a small chance than ticks can transmit something called lyme disease, and therefore I would say if you are becoming unwell, and are developing a rash around it – particularly a bullseye rash – make sure you see your GP.” 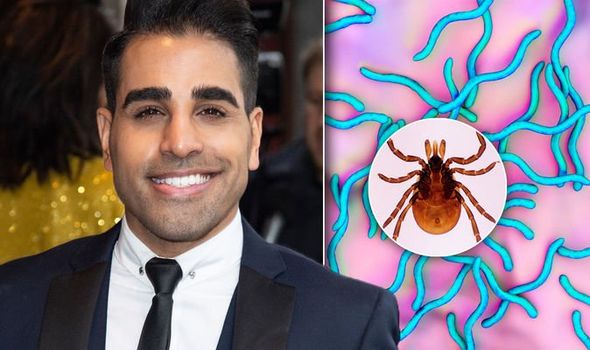 The lyme disease rash can develop up to three months after the initial tick bite, and may last for several weeks.

But, it’ll usually start to show itself within the first four weeks of the infection, said the NHS.

Some people may also start to feel very hot and shivery, develop painful headaches, and could feel persistently nauseous.

You’re more likely to be bitten by a tick if you’ve recently been walking through forests or grassy areas. 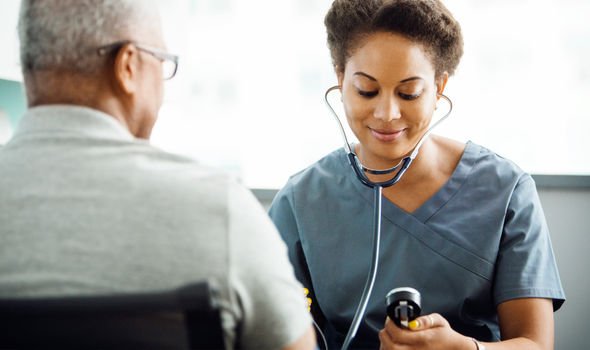 Lyme Disease is a bacterial infection spread to humans by infected ticks. Here are the signs and symptoms that follow a bite.

The ticks that cause lyme disease can be found all over the UK, but are most common in the wooded areas of southern England, as well as the Scottish Highlands.

But you could lower your chances of tick bites by using an insect repellent, and by steering clear of long grass and foliage.

If you find a tick on your skin, you can remove them with fine-tipped tweezers, said the NHS.

Grasp the tick as close to the head as possible, and slowly pull it upwards, making sure not to crush the tick.

After it’s been removed, clean the bite with an antiseptic if you have it available, or even just soap and water.