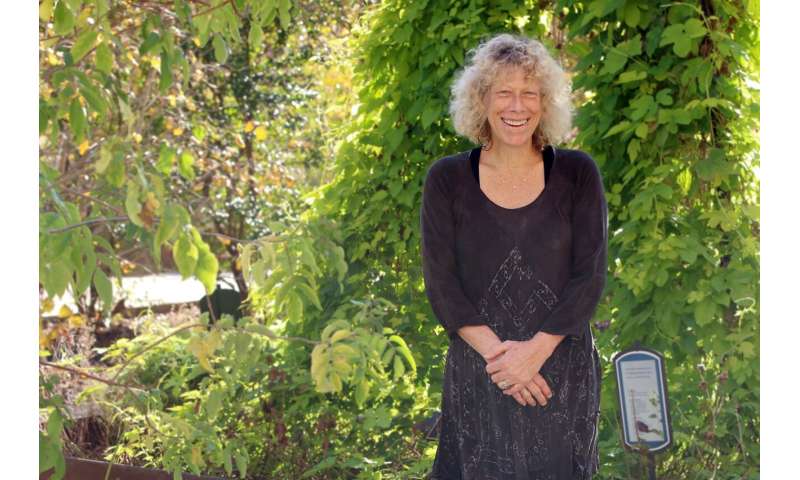 Vitamin D, sometimes known as the sunshine vitamin, has long been known to be important for a healthy pregnancy. Pregnant mothers take vitamin D supplements to ensure their own health and that of their unborn child.

But how does vitamin D affect the bacteria residing in the vagina, known as the vaginal microbiome, during pregnancy?

That depends on the mother’s race, according to a recent study by researchers at the Medical University of South Carolina (MUSC) and Virginia Commonwealth University (VCU).

Their findings, published online in March in the Journal of Perinatology, are being featured as part of a collection of manuscripts from the integrative Human Microbiome Project (iHMP/HMP2) published today in the Nature family of journals.

The research team showed that the makeup of bacteria in the vaginal microbiome differed between black women with lower vitamin D and white women with higher vitamin D.

In the MUSC trial of 387 healthy pregnant women of diverse ethnicity, black women with lower levels of vitamin D during pregnancy had more Megasphaera – a type of bacteria linked to bacterial vaginosis, which is a common dysbiosis or disorder in the vaginal canal. In contrast, white women with higher levels of vitamin D had more lactobacilli, a type of bacteria that promotes vaginal health. The study did not find any bacteria significantly associated with vitamin D status in Hispanic women. The Kellogg Foundation and the National Institutes of Health (NIH) funded the trial.

Bacterial vaginosis, which is the disruption of a healthy vaginal microbiome, can increase the risk for infertility, spontaneous abortion, and preterm birth.

“If you have a rich, darker pigment, you need more sunlight exposure to penetrate through the melanin in your skin to activate the conversion of 7-dehydrocholesterol to vitamin D,” explains Carol Wagner, M.D., a neonatologist at MUSC Children’s Health who led the study.

Wagner teamed up with Kimberly Jefferson, Ph.D., a bacteriologist at VCU, to investigate a possible link between racial disparities in vitamin D deficiency, bacterial vaginosis, and pregnancy outcomes.

A team of investigators at VCU, which includes Jefferson, Gregory Buck, Ph.D., and Jerome Strauss, M.D., Ph.D., lead the NIH Human Microbiome Project-funded study “Multi-Omic Microbiome Study: Pregnancy Initiative (MOMS-PI).” The study is focused on the role of the vaginal microbiome in pregnancy.

“An association between vitamin D deficiency and bacterial vaginosis has been observed in the past,” says Jefferson.

“We wanted to know whether certain bacterial taxa could be implicated and whether these taxa were associated with preterm birth.”

Women enrolled in the MUSC trial were followed from their first trimester until delivery. One group of women took 400 international units (IU) of vitamin D per day, which is the average dose found in prenatal vitamins. The other group took 4400 IU per day. Wagner and her colleagues have previously shown that to be a safe and effective dose for achieving vitamin D sufficiency in pregnant women, regardless of race.

On average, women taking the 4400 IU supplement per day achieved greater than 40 ng/mL of the metabolite by the end of the study, which is a healthy range for pregnant women. These women had vaginal microbiomes with higher levels of healthy lactobacillus bacteria compared to women with <30 ng/mL.

One bacterial species linked to bacterial vaginosis, G. vaginalis, decreased significantly over the course of the study for women in both groups.

“This may be a defense mechanism that has evolved to protect the growing fetus during pregnancy.”

This is perhaps because few women in this study were profoundly deficient in vitamin D. Since 2015, women at greatest risk of vitamin D deficiency have been identified during their prenatal visit at MUSC and prescribed supplements.

“We typically see the dramatic changes in the women who are most deficient and then you make them replete,” says Wagner.

“We had far fewer women in this study who were profoundly vitamin D deficient, which is a good thing but can blunt the treatment effect.”

Based on this study and her previous research, Wagner advocates for women, especially black women, to be mindful of their vitamin D status during pregnancy.

“Women who are thinking about getting pregnant or are early in their pregnancy, especially black women, need to think about vitamin D status and that vitamin D affects many systems in the body,” explains Wagner.

“We really want women to be replete and ideally to have a level around 40 ng/mL, because it will not only affect their vaginal microbiome, but really more importantly their placental function and immune function.”

Jefferson plans to continue exploring the relationships between vitamin D and the vaginal microbiome.

“We want to know how the body protects itself from potentially harmful infectious agents during pregnancy,” says Jefferson.