Home » Health News » Indonesia’s rise in domestic violence during the COVID-19 pandemic: why it happens and how to seek help 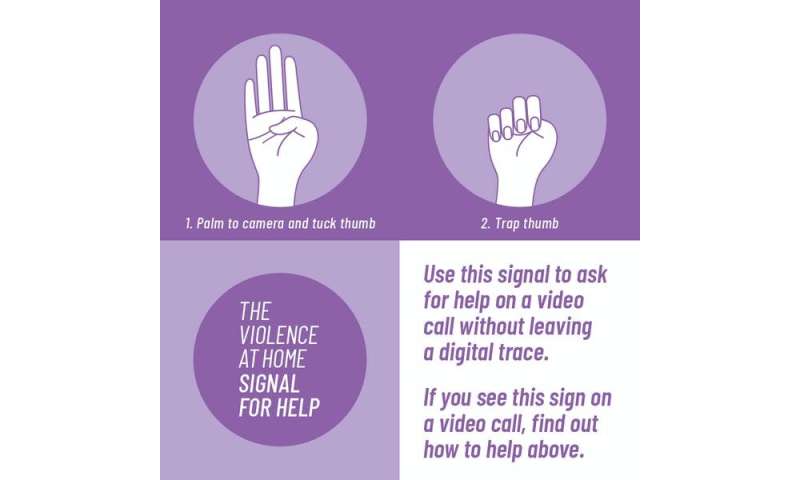 For 19-year-old Indah (not her real name), the COVID-19 pandemic has led to her worst nightmare.

Since her brother and his wife went back to their parents’ house after he lost his job due to the pandemic, she has been the target of her brother’s rage.

“My brother hit me, pulled my hair, and kicked me several times. My lower abdomen is now swollen, and I can even see bruises near my genital area. I experience some trouble breathing as he hit my chest area,” she told The Conversation Indonesia recently.

“I would cry in my sleep unconsciously. I’ve even reached the point where I always lock my door before sleeping as I’m scared that he might kill me while I’m asleep,” Indah shared.

Indah had planned to report the matter to the National Commission on Violence Against Women, but her parents prevented her from doing so. They believed the incident was a disgrace to the family and should not be revealed to the public.

Indah’s case is one example of how domestic violence has increased in Indonesia due to the pandemic.

The National Commission on Violence Against Women reports that domestic violence contributed to almost two-thirds of 319 reported cases of violence during the COVID-19 pandemic.

A recent study by Flinders University, Australia, highlights women’s vulnerabilities during this pandemic.

The study finds that domestic violence cases have risen during the pandemic because it adds to the various forms of women’s vulnerabilities.

These vulnerabilities mostly exist as their domestic burdens increase due to the pandemic.

Women not only bear the responsibility of managing the household, but are also assigned as their children’s teachers.

Their burdens increase as children are adapting to the new online learning system during the pandemic. Women have been turned into their children’s private tutors as schools are closed.

Working mothers also need to do their work from home. Thus, they have to juggle multiple responsibilities, creating an overwhelming burden.

A recent study by the National Commission on Violence Against Women found that during the pandemic Indonesian women are spending more than three hours working on household tasks—four times more than men.

And when women do not deliver, they become vulnerable to violence.

It is a common belief in Indonesia that women are also responsible for providing food for the family, but the pandemic has hindered women from carrying out this role.

Food prices have surged as a result of the pandemic, and the latest data show that Indonesian women are forced to spend more money on food for the family.

Apart from that, many of these women, mostly from the upper middle class, have lost the support systems to help them provide nutritious food for the family, such as domestic workers, in-laws or close family members, due to lockdown and social distancing policies.

The Legal Aid Foundation of the Indonesian Women’s Association for Justice explained that women are vulnerable to domestic violence when households experience food shortages.

Economic hardship due to the pandemic also increases women’s vulnerabilities. The pandemic has caused many people to lose their jobs or have their pay cut. The reduction of household income increases tension between family members, with women becoming an easy target for abusers who justify their actions due to their financial difficulties.

“We can see that victims tend to come from low-income households. Pressures in health and the economy, with the addition of the large-scale social restrictions, can add to the burden on individuals and create conflicts,” said Karel Karsten Himawan, a psychologist and researcher from Pelita Harapan University in Jakarta, Indonesia.

As women become more vulnerable due to increasing their domestic burden and economic hardship, policies to halt the spread of COVID-19 hamper their ability to seek help.

Although Indonesia has not applied strict lockdown policies, access to education and health services is limited.

Maria Ulfah Anshor, a commissioner on the National Commission on Violence Against Women, mentioned that her organisation’s most significant difficulty is to assist victims in accessing crisis centres (safe houses).

Victims are required to provide health certificates stating they have tested negative for COVID-19. This process has proven to be a hassle for the victims.

“If they visit hospitals or public health centres to obtain health certificates, they will not be considered as a priority, as they are not elderly or they do not show any COVID-19 symptoms,” Maria said.

How to find help: going online and finding local support

Indah in the story above shared her horrific experience on Twitter, where she knows her parents would not notice. Trying to seek help online, she believes Twitter is her safe space that provides her with some mental support.

Through social media platforms, victims can see videos and other content that inform people about the signs of domestic violence. This content helps them identify their own experience and provides them with knowledge and awareness to report their abuse.

Recently, the Canadian Women’s Foundation released the Signal for Help, a simple one-handed sign that victims can use on a video call to silently show they need help.

Organisations dealing with domestic violence can also be found through social media. Organisations like the Pulih Foundation have provided a psychoeducation service in the form of articles, social media content and webinars tackling topics on violence.

“In this pandemic, there are many domestic violence hotlines that victims and witnesses of domestic violence can access. Contact them immediately,” said Siti Mazuma, director of the Legal Aid Foundation of the Indonesian Women’s Association for Justice.

Siti emphasises the importance of empowering a victim’s psychological well-being through hotlines.

“The most important aspect of this safety plan is the psychology of victims. In many cases, victims want to report but are not psychologically prepared. What happens is that when their husbands cry or police tell them to withdraw their report, these victims easily falter,” Siti said.

However, some found going online might not be the most effective approach.

Seventeen-year-old Mawar (not a real name) shared that she tried to contact a domestic violence hotline after her father hit her and her mother.

“I made several tweets about this issue. I even shared my home address to my followers as I expected something worse to happen. I also asked them to help me access the hotline provided. I tried to call, but no one answered my call,” she said recently.

Diahhadi Setyonaluri, a researcher and lecturer at Universitas Indonesia, recommends a community-based approach.

“Reporting and supervising at the community level is needed in the case that a victim does not realise they are subjugated to domestic violence, but their neighbour does. Neighbours can help with physically distancing victims from their abusers when things get worse. It’s a shared job as a community to look out for each other,” she said.

Indonesia is a country that emphasises social solidarity within a community.

“This is a long-term effort because it’s also a problem with existing norms,” Diah said.

Strong patriarchal norms and conservative religious values that put men above women are dominant in Indonesia, which has the world’s largest Muslim population.

Due to such beliefs, some believe that hitting women is acceptable as they are expected to obey their husband in the household.