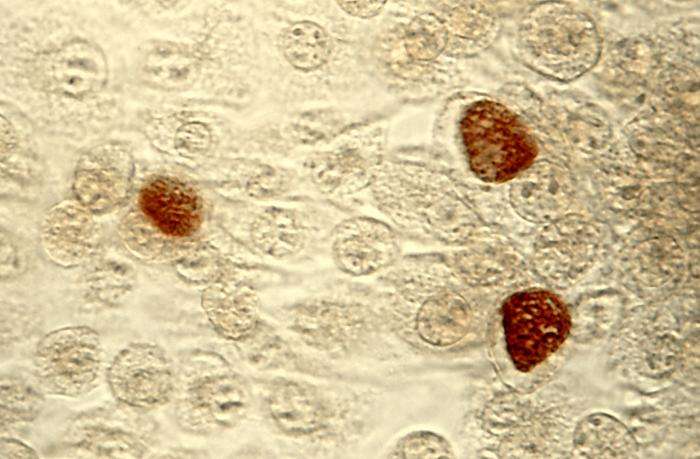 A review of evidence by researchers at the University of Bristol and University of Edinburgh has suggested a possible new means by which chlamydia could lead to an increased risk of cancer and ectopic pregnancy. The hypothesis also provides a possible explanation for how pelvic inflammatory disease may be triggered in some women.

The review, published in the Journal of Infectious Diseases, looked at evidence from lab-based studies, animal models and clinical studies on the role of chlamydia in diseases of the reproductive tract.

The researchers’ analysis of the studies’ findings suggests that chlamydia induces a particular type of change in reproductive tract cells known as ‘epithelial to mesenchymal transition’ (EMT), which can lead to inflammation and cell growth. Their hypothesis is that this chlamydia-triggered cell change contributes to the development of further disease.

“Chlamydia is a bacterial infection that stimulates EMT, which may persist after the chlamydia infection has cleared,” explains Dr. Paddy Horner from the NIHR Health Protection Research Unit in Behavioural Science and Evaluation at University of Bristol, who led the review.

“We think that the association of chlamydia with ovarian and cervical cancer could be explained by the persistence of EMT changes in combination with DNA damage caused by chlamydia following chlamydia infection,” he said.

“Also, we know that EMT cells impair the integrity of the lining of the infected reproductive tract cell, making it more susceptible to invasion by other bacteria. This increases the risk of pelvic inflammatory disease from those invading bacteria.

“Furthermore, epithelial (barrier) cells in the fallopian tube that have previously been infected with chlamydia have more receptors on their surface, which are associated with an increased risk of ectopic pregnancy. There is evidence that these cell surface receptor changes could be caused by EMT.

“If our hypothesis about the role of EMT following chlamydia infection in women is correct, it could help explain some of the recent epidemiological observations about chlamydia and reproductive disease which are difficult to account for using current concepts about the immune response to chlamydia.

“It would also support the English National Chlamydia Screening Program’s shift to earlier testing of women, as the shorter the duration of infection, the lower the risk of developing EMT changes. Further down the line, this could lead to the development of new tests for identifying women at increased risk of ovarian cancer and ectopic pregnancy and interventions that could reduce these risks.

“Obviously a lot more research is needed before we can be sure that our hypothesis is correct, but the evidence from this review suggests that further research in this area would be fruitful and could have important benefits both for patients and in the prevention of chlamydia-induced disease in the long-term.”

Munira Oza, director of the Ectopic Pregnancy Trust, said: “This analysis helps to further our understanding of one of the possible risk factors for ectopic pregnancy and we would welcome more research in this area.

“It also highlights the importance of the change of focus of the National Chlamydia Screening Program to opportunistically making proactive offers of a chlamydia test to young people without symptoms to reduce the risk of reproductive harm.

“With early detection through the screening program and much-needed education to reduce the stigma of chlamydia, we hope that many women and families might be spared the health risks and heartache of ectopic pregnancy. We encourage young women to screen when given the opportunity.”