High cholesterol can be reversible with the help of a good diet and smarter decisions. When it comes to fruits, there is one in particular known to help lower your levels.

Grapefruit – especially red grapefruit – may improve cholesterol, according to a new study.

Natural compounds called antioxidants may get the credit, but that’s not certain, the researchers note.

The study included 57 people with high cholesterol. They had had coronary bypass surgery at least a year before the experiment. 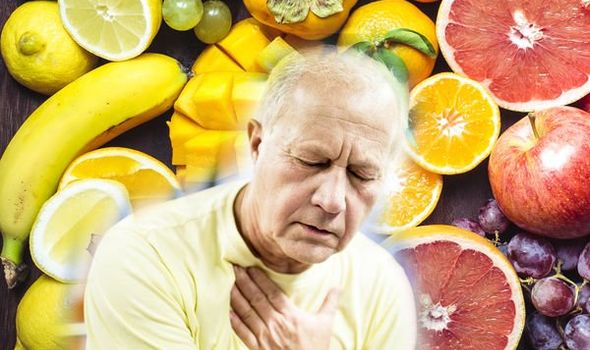 Eating just one red grapefruit daily for a month can help to lower LDL cholesterol by as much as 20 percent, one study in the Journal of Agricultural Food Chemistry in March 2006 showed.

This cardioprotective effect is most likely due to compounds called limonoids and lycopene found in the pulp.

But be aware that grapefruit can enhance the effect of certain heart medications, , such as statins and calcium channel blockers.

If you’re on one of these drugs, check with your doctor before eating grapefruit or drinking the juice.

High cholesterol is strongly tied to unhealthy lifestyle decisions, so it is important to curb unhealthy habits, such as smoking.

The British Heart Foundation (BHF) explains: “Smoking can lead to high cholesterol levels, and the build-up of tar it causes in your arteries makes it easier for cholesterol to stick to your artery walls.”

Another essential tip is to drastically cut back on eating saturated fat. 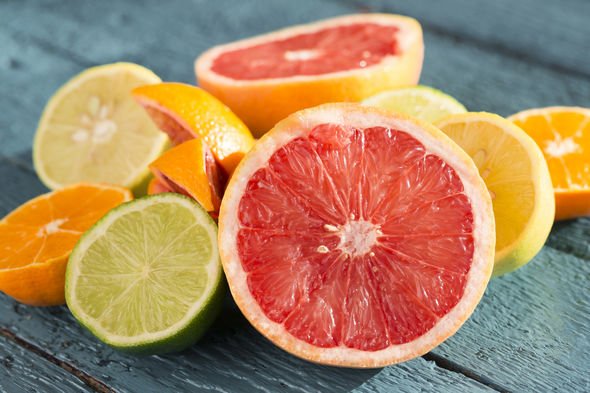 “Your GP or practice nurse will take a blood sample, usually by pricking your finger or you might be asked to go for a blood test at your local hospital.

“Generally speaking, for a healthy heart the aim is to have a low non-HDL level and a higher HDL level.”

High cholesterol may be caused by eating lots of fatty foods, or by not doing enough exercise.

Obesity, smoking, and drinking lots of alcohol, all contribute to your cholesterol levels.

Medication can help to keep your cholesterol levels in check, but it’s also important to stick to a healthy diet, and to do regular exercise.

Everyone should aim to eat at least five portions of fruit and vegetables every day, as well as 150 minutes of exercise every week.