High blood pressure can cause the arteries to thicken and harden and in turn this can increase the risk of heart attack and stroke. But the condition can often be prevented or reduced by eating healthily. The NHS recommends cutting down on the amount of salt in your food, as too much salt can raise blood pressure, and also to eat plenty of fruit and vegetables. Five foods in particular have been proven to lower high blood pressure – oats, watermelon, beetroot, kiwi and lentils.

Fermented foods are rich in probiotics, which are beneficial bacteria that play an important role in maintaining gut health.

Eating probiotics can have a positive impact on high blood pressure, according to a review of nine studies.

Citrulline helps the body to produce nitric oxide, which is a gas that relaxes blood vessels and encourages flexibility in a retires.

Both of these changes can aid blood flow and lead to the lowering of high blood pressure.

One study demonstrated how watermelon extract could reduce blood pressure in obese adults with prehypertension or mild hypertension.

The participants blood pressure was found to be reduced in the ankles and brachial arteries – the main artery in the upper arm. 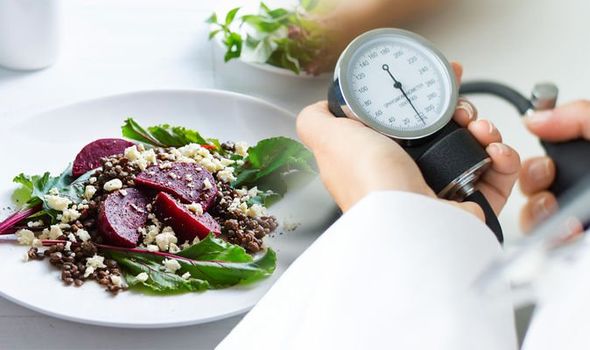 In a 2015 study, researchers found drinking red beet juice led to lower blood pressure in people with high blood pressure, after they drank around one cup of the juice every day for four weeks.

Positive effects were also noted within 24 hours of having the juice.

Participants who drank one cup of the beet juice every day had an average drop in blood pressure of around 8/4 millimetres of mercury (mm Hg).

For many, this change brought their blood pressure within the normal range.

A daily serving of kiwi can reduce blood pressure in people with even mildly elevated levels, according to a study.

Researchers compared the effects apple and kiwis had on people with slightly high blood pressure.

The results showed eating three kiwis a day for eight weeks resulted in a more significant reduction in blood pressure, compared with eating one apple a day for the same period of time. 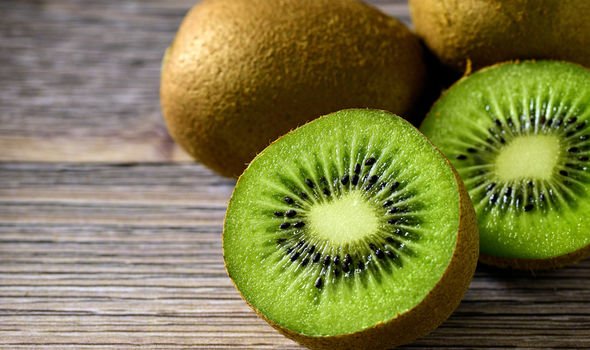 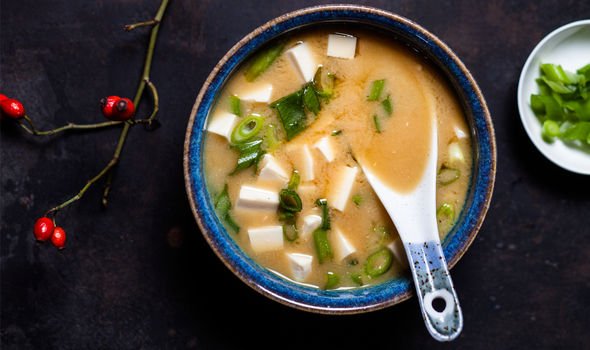 The researchers concluded the bioactive substances in kiwis caused the reduction.

Lentils are a staple in many diets around the world and are an excellent source of protein and fibre for vegetarians and vegans.

In 2014, researchers who studied the effects of a diet rich in pulses on rats, found decreased levels of blood pressure, as well as cholesterol.

A total of 30 per cent of their diet was made up of pulses, including beans, peas, lentils and chickpeas.

This makes other pulses, like lentils, just as effective.