After 2 days of hearings before two Senate committees, it is not clear whether Xavier Becerra will be confirmed as the nation’s 25th — and first Latino — secretary of the Department of Health and Human Services (HHS), an agency with a budget of more than $1 trillion.

The first committee hearing ― of the Health, Education, Labor and Pensions (HELP) committee ― was held on February 23, and the second, of the Finance Committee, was held February 24.

Democrats on both committees largely praised Becerra. Republican Senators were mostly polite, and some seemed satisfied that Becerra would work with them to advance policies they supported. Others took issue with Becerra’s past backing of Medicare for All and what they characterized as attacks on pro-life advocates and religious freedom. 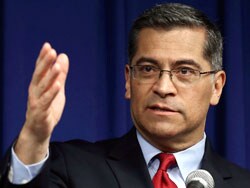 The nominee has sued the federal government more than 100 times since he began serving as California’s attorney general in 2017. This has led some Republican senators to question how he would pivot in defending some of the laws he had previously challenged.

Becerra said he understood that Americans have various views on issues but repeatedly promised to uphold all current regulations and laws, including those pertaining to abortion and conscience.

Noting these pronouncements, Sen. Ron Wyden (D-OR) told his colleagues, “The differences of opinion in my view should not be used as a rationale to prevent confirmation of someone who is qualified.”

Senators also questioned Becerra as to his ensuring equitable distribution of the COVID-19 vaccine. They also questioned him on how he would address mental health problems made worse by the pandemic and high healthcare, pharmaceutical, and insulin costs, among other issues. The nominee promised to make equity a key element of his tenure, to enforce price transparency and mental health parity regulations, and to find ways to lower drug costs.

Becerra must be approved by a simple majority in the full Senate — 51 votes.

Just ahead of this week’s hearings, a group of Republican senators and House members wrote to Biden asking that he withdraw Becerra’s nomination.

“Mr Becerra’s lack of healthcare experience, enthusiasm for replacing private health insurance with government-run Medicare-for-all, and embrace of radical policies on immigration, abortion, and religious liberty render him unfit for any position of public trust, and especially for HHS Secretary,” wrote the legislators.

North Carolina Republican Senator Richard Burr did not sign the letter but in his opening remarks at the HELP committee said he believed that Becerra was the wrong man for the time. He said Becerra — who served 12 terms in Congress in addition to serving as attorney general of California ― is “woefully unprepared to meaningfully engage in the set of health care challenges that require our full attention,” and added, “I do not believe that you have the necessary experience or skills to do this job at this moment in time.”

Republican colleague Bill Cassidy of Louisiana, a physician, also questioned Becerra’s ability to lead the health agency. Cassidy noted he thought that it was not appropriate for a doctor to be at the helm of the Department of Justice and that, by the same token, a lawyer should not oversee HHS.

Few HHS secretaries have had healthcare experience. Tom Price, MD, appointed by then-President Donald Trump, was only the third physician to serve since the agency’s establishment in 1953. Most of the HHS leaders have been lawyers, former politicians, or had experience in other fields, noted former HHS Secretary Louis Sullivan, MD, in a 2017 article in Health Affairs.

The American Medical Association ultimately endorsed Becerra, in part because of his backing of the Affordable Care Act and his work on eliminating Medicare’s sustainable growth rate while in Congress.

At the Finance Committee hearing, the highest-ranking Republican, Mike Crapo, from Idaho, asked Becerra what assurances he could give that there would not be a federal takeover of healthcare.

“I think we will both agree that the most important thing is to give everyone in this country coverage — good coverage,” said Becerra. He added that his mission would be to follow Biden’s lead and aim to build on the ACA.

Becerra, 63, grew up in Sacramento, California. The son of Mexican immigrants, he was the first in his family to graduate from college. He received his undergraduate and law degrees from Stanford University.

Alicia Ault is a Lutherville, Maryland-based freelance journalist whose work has appeared in publications including Smithsonian.com, the New York Times, and the Washington Post. You can find her on Twitter @aliciaault.