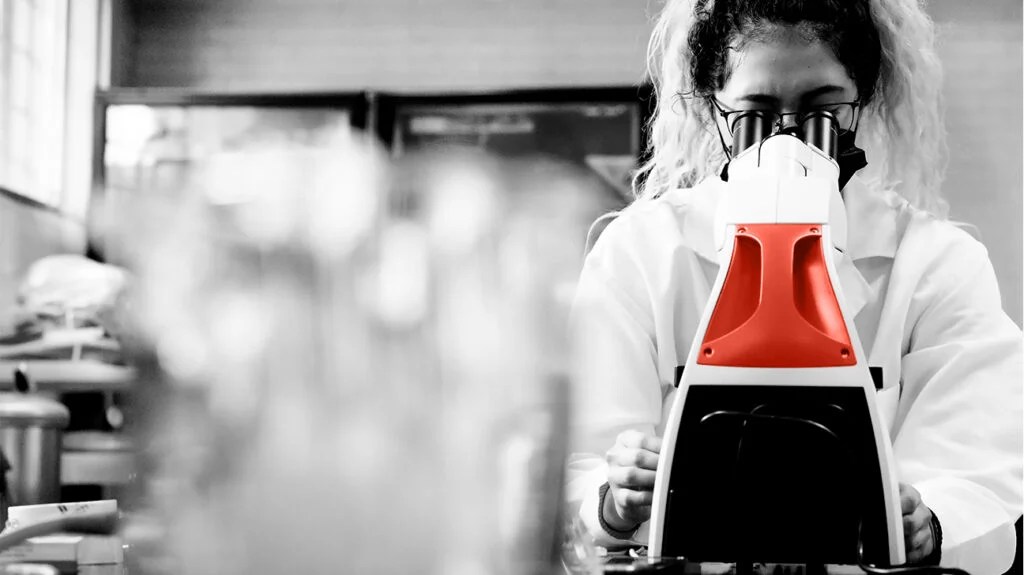 The majority of dementia cases are comprised of Alzheimer’s disease, where the brain’s nerve cells deteriorate due to the excess accumulation of toxic beta-amyloid and tau proteins.

As the damage to brain neurons increases, it leads to difficulties with cognitive abilities, such as memory and speech.

The sooner a patient is accurately diagnosed, the sooner they can receive appropriate treatment to delay the development of the disease. This is one of the many reasons why further research is needed on accurate, easy-to-use early diagnosis methods.

They found that a molecule named glial fibrillary acidic protein (GFAP) could be a potential indicator for disease onset, so assessing for concentrations of this molecule in the blood could help physicians diagnose hereditary Alzheimer’s disease years sooner than traditional assessments allow.

What did the researchers find?

Researchers at Karolinska Institutet and Gothenburg University in Sweden along with their colleagues at Landspitali University Hospital in Iceland, and University College London in the United Kingdom have been investigating biomarkers in blood as a way to detect early signs of a hereditary form of Alzheimer’s disease.

In their study, the researchers evaluated 164 blood plasma samples from 75 individuals — 33 people with the inherited genetic mutation and 42 relatives without. The data was collected from 1994 to 2018.

“We have found that a protein called GFAP that is normally present in the brain can be measured at increased levels in blood from people who will develop Alzheimer’s disease in 10 years’ time,” Prof. Graff said.

These proteins fall into a group of proteins called intermediate filaments. They help these cells keep their shape and perform various functions.

“We have studied a very rare form of inherited Alzheimer’s disease caused by mutations but previous studies indicate that a similar increase in GFAP can be observed also in people who will develop the common, sporadic form of Alzheimer’s disease,” Prof. Graff told MNT.

What are the implications?

Prof. Graff explained that according to their research, GFAP seems to indicate the presence of immune cells in the brain that are associated with Alzheimer’s disease.

This protein appears to reflect changes in the brain caused by Alzheimer’s disease even before the tau protein build-up and observable damage to nerve cells can be seen.

“In line with a few other studies, our study corroborates the significance of the GFAP protein as a biomarker for early detection of people at risk for future Alzheimer’s disease. Since plasma GFAP is increased 10 years before expected symptom-onset and before we can detect any damage to the nerve cells, it provides a rather large time-frame for intervention and potentially prevention.”

“Since we can measure the GFAP-protein in a blood sample, it is also easily available for the general public once it has been fully developed for clinical practice,” Prof. Graff said.

“Blood-based biomarkers are attractive since blood sampling is a relatively cheap and simple procedure. It can thus be included in most if not all clinical research studies and very quickly be developed into a clinically validated tool.” she added.

Dr. James Giordano, Pellegrino Center professor of neurology and biochemistry at Georgetown University Medical Center, not involved in this research, agreed, telling MNT that this study demonstrated assessable biomarkers that can be evaluated utilizing simple blood tests, to determine the presence of biochemical factors that are strongly correlated to the eventual development of early-onset Alzheimer’s disease.

“These findings are important because they reveal that there are relatively simple tests that could demonstrate proxy indicators for a higher risk, if not [the] likelihood of developing (the familial, genetically dependent form of) Alzheimer’s disease,” Dr. Giordano told us.

Dr. Kathryn Brandt, clinical professor and chair of the primary care department at the University of New England, also not involved in this research, noted that “this is a very preliminary paper, but intriguing.”

“Its implications are something for medical professionals to keep an eye on,” said Dr. Brandt. She explained that:

“If we get to a place where we can accurately diagnose Alzheimer’s and differentiate it from other dementias we can institute better management. Also, this forwards an improved understanding of how Alzheimer’s works which will hopefully lead to better medications and prevention. The current medications are not as effective as we would like.”

Dr. Giordano highlighted that the practicality of such blood-based biomarkers is threefold:

Prof. Graff concluded that “the protein itself [GFAP] is interesting since it is produced by non-neuronal cells in the brain, the so-called astrocytes, which opens up a novel avenue for drug development.”

“We still do not know the exact origin for the GFAP-protein that we measure in blood,” she pointed out, “but it is an interesting idea that we could manage the Alzheimer’s disease progression by targeting other cells than neurons.”

Ultimately, further research is needed. Dr. Brandt agreed, saying “it’s important for everyone to understand that while very promising, this article reflects a beginning to this process, and that “[c]ommunity application is years away.”