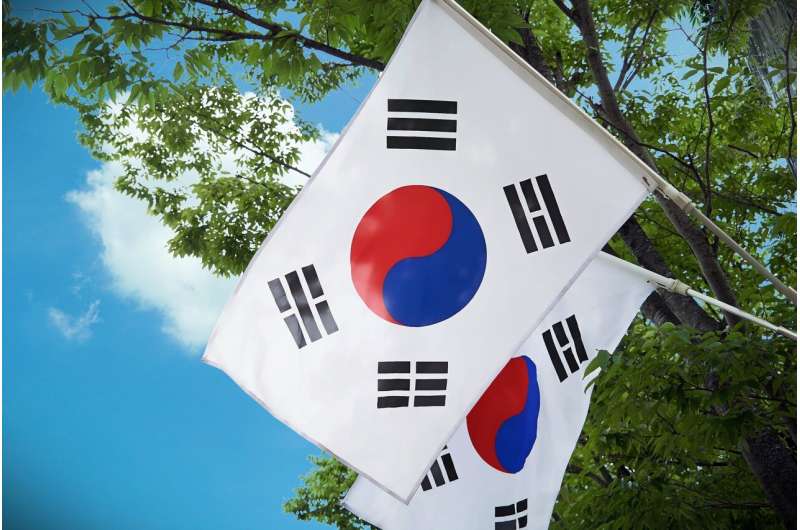 For more than 3 million followers on TikTok, Nick Cho is their “Korean Dad.”

He walks his followers through a back-to-school shopping trip and wonders if they should buy “anime backpacks.” He does a finger heart as he cooks Korean ramen for two in stone pots with slices of cheese.

But lately, he has also been serving as a counselor of sorts. He described what it’s like to be “in a deep pit of sad” following last year’s mass shooting in the Atlanta area in which eight people, including six women of Asian descent, were killed. He has helped people cope with loneliness—equating it with hunger.

For Father’s Day this year, he talked about what it means to have a complicated relationship with one’s dad.

“I see you’re suffering. I know that with all the stuff people are going through, you don’t always feel like it’s important. It’s just your thing to endure,” Cho, sitting in front of his backyard, told his followers. “But I want you to hear that it’s not just your thing. Your pain is important because you’re important.”

Cho, a 48-year-old who came to the United States from Korea in 1975 as a baby and initially found fame through his coffee business, did not expect to open “the Pandora’s box,” as he called it, spending hours reading and responding to people messaging him about their concerns. But Cho has been a part of a growing movement of Korean Americans openly talking about their mental health, breaking the long-held stigma in the community.

Buoyed by everything from BTS to Zoom therapy and nudged by the stress of the pandemic, Korean Americans are seeking more mental health help than ever before, with one Koreatown clinic seeing its number of clients nearly double over the last four years.

The skyrocketing need, along with the continuing scarcity of therapists competent in Korean language and knowledgeable in Korean culture, has strained the community’s ability to get mental health care. Still, community organizations and experts are optimistic that this shift in attitude about mental health will last.

“People don’t know they need help. They don’t know that they are drowning…. They think it’s their lives,” said Katherine Yeom, the executive director of Korean American Family Services in Koreatown. But the last few years, accentuated by the pandemic, made them “realize that maybe they do need to get help.”

Koreans have long had a euphemism for seeking therapy or getting mental health care: going to a “white house” on a hill. Going to therapy, Yeom said, has long been associated with “people locked up in white clothes.”

The stigma, mixed with the “hustle” immigrant culture that emphasized work at the expense of self-care, meant Korean Americans had sought far less professional mental health services than other groups.

But as Koreans started to shift their attitude toward mental health five to 10 years ago, so did Korean Americans.

Panic and anxiety disorder became household terms, as Korean celebrities started to talk about their experiences of coping with mental illness. Although some have long decried them as manufactured and artificial, K-pop artists and celebrities in recent years began having frank discussions about their mental health, through mediums such as podcasts in which stars talk of their personal struggles with depression.

Dr. Oh Eun-young, among the most prominent psychiatrists in Korea, now appears on at least four Korean variety and reality shows, counseling celebrities and families alike. She even appeared on a K-pop audition show, serving as a counselor and an “informal mom” to more than 80 contestants.

“That also is helping our Korean American community open [their] eyes, that if there are people like Oh, they could help me,” Yeom said. “When they see TV, they see hope.”

Korean-language media in the U.S. have also programmed more discussions around mental health. Radio shows regularly feature people like Yeom, answering listeners’ questions about how they are feeling.

In often soothing TikTok videos, Joanne Lee Molinaro, known as the Korean Vegan, talks of her struggles with eating disorders, relationships and mental health as she cooks dishes such as seaweed-wrapped fried tofu. She wants to create a dinner table atmosphere with her videos, she said.

“You don’t sit there at a dinner party and talk about adding one tablespoon of garlic…. You talk about things that are memorable, funny, emotional,” Molinaro said. “It’s therapy for me. It’s healing for me and maybe it could be for you.”

When Soo Jin Lee, a licensed marriage and family therapist in Los Angeles, talked to her mother about her job, her mom once asked: “How are you going to work with crazy people all day?”

Lee’s mother believed the feelings associated with depression were just part of her immigrant experience. But listening to the Korean American radio shows made it easier for her mother to acknowledge her symptoms and how to seek help, said Lee, the executive director at the Southern California-based Yellow Chair Collective, which works on providing mental health care for Asian Americans.

And with the rise of TikTok, younger generations of Korean Americans have become much more open to therapy—and they are dragging their parents to seek help, Yeom said. In fact, Lee said therapists sometimes need to talk their young clients out of their TikTok-based self-diagnosis. “Teens will come and they will say, ‘I have a [post-traumatic stress disorder],’ and we have to reverse that.”

Meanwhile, the recent rise in anti-Asian hate as well as the months of isolation and remote schooling have pushed many teens to the breaking point, where they feel as though they have no choice but to seek help.

Katherine Yungmee Kim, the director of the Koreatown Storytelling Program for the Koreatown Youth and Community Center, has worked with youth since 2020 to create intergenerational and multilingual oral history and digital media projects on topics ranging from the garment industry to the 30th anniversary of the L.A. riots.

Kim did not expect to be a counselor, but she says her students were showing a lot of evidence that they were suffering from mental health issues. She ultimately asked to be trained by the center’s mental health program staff.

“It’s kind of like a confluence of puberty, peer pressure, social media, technology and the pandemic. All those things are happening at the same time,” Kim said. “Here, I thought I was starting a community journalism program, but I needed a mental health protocol.”

Being shut inside one’s home for all times of the day, for kids and parents alike, meant they could not ignore each other any longer. That also changed the dynamics of family relationships, Lee said.

“Avoiding is part of our culture, and all of a sudden, we’re hit with the pandemic, and we can’t avoid each other anymore,” Lee said.

On the flip side, the pandemic did open up the community’s ability to get mental health care in different ways.

Initially, Zoom was a foreign concept—especially for older immigrants since the application was not in Korean. But as people became more accustomed to the concept of teletherapy, they felt it was more convenient and less stigmatizing than in-person visits, Yeom said. One survey from KFAM found that some 90% of the clients preferred Zoom over in-person sessions.

“For the senior who lives in a senior apartment [and] who doesn’t have a car, as long as she has a cellphone, [the medical staff] can now provide psychiatric medications, and we can provide mental health services. We weren’t able to do that before COVID,” said Ellen Ahn, the executive director of the Korean Community Services in Orange County. “That’s a powerful change.”

Despite the new tools, a lack of awareness about language and cultural competency among those who built the country’s mental health care infrastructure means those who do want help still can have a hard time finding it.

In Korea, hwa-byung—which means “suppressed anger” or stress expressed as physical pain such as stomach- or headaches or difficulty breathing—is a well-known concept. Yet, the widely used Diagnostic and Statistical Manual of Mental Disorders, published by the American Psychiatric Assn., stopped recognizing the disease on its own when it updated its book in 2013, said Kelly Baek, an assistant professor of social work and social ecology at Loma Linda University.

“I thought it was such a disservice, because [researchers] found new information that hwa-byung manifests faster and earlier,” Baek said. “We see young adults start to develop [it].”

There are therapists who speak Korean, but connecting clients to them is challenging when there’s a lack of a platform to do so, said Dr. Young Ok Kim, co-founder and president of the Korean American Wellness Assn., which built a network of Korean American mental health clinicians in Chicago and is working on expanding it to regions such as Southern California.

With KFAM’s waiting list being months long, Yeom often finds herself redirecting people to other organizations. But when seniors call them, they will often hang up if the first word they hear is not in Korean, Yeom said.

That leads to a heavy reliance on community institutions such as churches, with pastors and their partners serving as informal counselors of sorts, Ahn said. Yet, the support and training for those institutions and their leaders had been minimal until the last few years.

“No one recognizes that work,” Ahn said. “But to that community member, that pastor, that pastor’s wife, is the most important person.”

The cultural dynamic of therapy also remains in play. Therapy is often seen as a top-down process especially by older Korean Americans, said Nayon Kang, the children and families services division director at the Koreatown Youth and Community Center, or KYCC.

“I still find a lot of people refer to counselors as teachers,” Kang said. “Even if they seek treatment, there’s a cultural idea of what that is, that there is an authority who will give you directive, give you homework and tell you what to do.”

Still, Kang and Kim at KYCC say they believe the community has moved forward.

A couple of years ago, Kim spoke with some parents in Koreatown. Many of those parents were “totally at a loss” of what to do as they saw their daughters act out. Then, a few months later, Kim saw one of those daughters in an elevator at KYCC, leaving from one of the center’s mental health programs.