Food giants will cause thousands of needless cases of diabetes, heart disease and bowel cancer if they fail to hit Government’s sugar reduction targets, academics warn

Food giants will be responsible for thousands of needless cases of diabetes, heart disease and bowel cancer if they fail to hit the Government’s sugar reduction targets, research suggests.

Oxford University academics calculated that the scheme – which aims to cut sugar by a fifth in cereals, yogurts and sweet treats – will significantly cut obesity and reduce hundreds of thousands of cases of disease if it is successful.

But they warned that initial progress has been poor and industry is already falling behind on the targets.

A third of children and two thirds of adults in Britain are now overweight, making the UK one of the fattest nations in Europe. 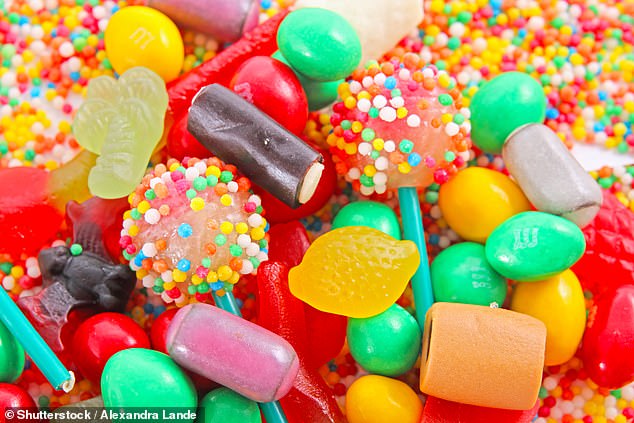 Oxford University academics calculated that the scheme – which aims to cut sugar by a fifth in cereals, yogurts and sweet treats – will significantly cut obesity and reduce hundreds of thousands of cases of disease if it is successful

Food campaigners last night called for the voluntary sugar reduction scheme – a key part of the Government’s childhood obesity strategy – to be made mandatory if it is ever going to work.

Theresa May introduced the strategy as one of her first main policies when she became prime minister in 2016, calling for companies to ‘reformulate’ their products to reduce sugar by 20 per cent by 2020.

She also called for a reduction in portion size and a shift in sales from high-sugar products to low-sugar alternatives.

Even at the time she was accused of ‘caving in’ to the junk food lobby by failing to make the voluntary request into a strict rule.

HOW THE GOVERNMENT IS TRYING TO STOP OBESITY

Proposed plans to restrict the number of calories in pizzas, pies and ready meals were last year revealed as part of drastic Government moves to try and cut down on obesity.

A tax on added sugar in drinks came into force in April, requiring companies to hand over more of the money they make from drinks which contain more than 5g of sugar per 100ml of liquid.

As a result, many soft drinks have had their recipes changed in order to avoid paying the tax and putting prices up. Sugary drinks are the biggest single source of sugar for children and teenagers.

The Government is also considering making it compulsory for all restaurants and fast food outlets to display the number of calories in each meal on their menu.

Some food outlets already do this but there can be unexpected numbers of calories in popular dishes, and the Government is consulting on the plans before a decision is due in spring.

In March this year, Public Health England warned Brits to crack down on the number of calories they’re eating, advising people to consume no more than 1,600 per day.

The watchdog says adults shouldn’t eat any more than 400 calories for breakfast, 600 for lunch and 600 for dinner – this would allow for some snacks, experts said.

Examples of 600-calorie meals include a tuna pasta salad and a small cereal bar, a chicken salad sandwich and a pack of crisps, or half a pepperoni pizza with a quarter of a garlic baguette and a banana.

But voices for tougher action intensified last year when it emerged average sugar content had fallen by just 2 per cent in the first year – not even getting halfway to the 5 per cent year-one ambition.

Even Dame Sally Davies, the Government’s chief medical officer, in December admitted the arrangements had failed to sufficiently reduce sugar – and called for further action.

‘Our sugar targets haven’t been met so far,’ she said. ‘The same with salt. We need to threaten them with mandation.’ The new study, published last night in the British Medical Journal, lays bare the consequences if food companies continue to fail to cut sugar.

But the team wrote: ‘For this to happen, the programme’s goals need to be met in their entirety and without its introduction leading to unintended changes in consumer or industry behaviour.

‘Early evidence indicates that industry has not met the ambitious target of achieving a quarter of the total reduction in the first year of the programme.’ They added that the failure of even part of the scheme ‘could lead to substantial benefits being lost’.

Tam Fry of the National Obesity Forum said last night: ‘Only some 2 per cent of the 20 per cent target has been achieved and 2020 is but eight months away!

‘The UK will need a raft of fiscal measures and hard regulation if we are to see any significant reduction in childhood obesity.’ Kawther Hashem of the Action on Sugar campaign group added: ‘In order to tackle the UK’s biggest public health crisis, it’s imperative that we have mandated targets for sugar – particularly given the slow response by certain food and drink manufacturers to the current voluntary programmes.’

But Tim Rycroft, chief operating officer of the Food and Drink Federation, said: ‘FDF have long said that Public Health England’s sugar reduction guidelines and timeframes are ambitious and won’t be met across all categories.

‘Despite this, members have been fully engaged with the programme and have been working hard to reduce sugars in products, where practically possible.

‘As PHE have themselves pointed out, reformulation takes time – it can’t happen overnight.’

HOW MUCH SUGAR IS TOO MUCH?

The amount of sugar a person should eat in a day depends on how old they are.

Children aged four to six years old should be limited to a maximum of 19 grams per day.

Seven to 10-year-olds should have no more than 24 grams, and children aged 11 and over should have 30g or less.

Popular snacks contain a surprising amount of sugar and even a single can of Coca Cola (35g of sugar) or one Mars bar (33g) contains more than the maximum amount of sugar a child should have over a whole day.

A bowl of Frosties contains 24g of sugar, meaning a 10-year-old who has Frosties for breakfast has probably reached their limit for the day before they even leave the house.

Children who eat too much sugar risk damaging their teeth, putting on fat and becoming overweight, and getting type 2 diabetes which increases the risk of heart disease and cancer.