A farmer died after accidentally swallowing a fish bone, doctors in Sri Lanka have revealed.

It was only found after he went to hospital three days later, complaining of crippling stomach pain and bouts of vomiting.

Surgeons in the coastal town of Mannar, who operated on him, discovered that it had pierced his bowel an let faeces trickle out.

This led to a life-threatening infection that triggered sepsis, when the body’s immune system overreacts and starts to damage its own organ and tissues.

The man died of a cardiac arrest — a potential sepsis complication — eight hours after he was admitted. 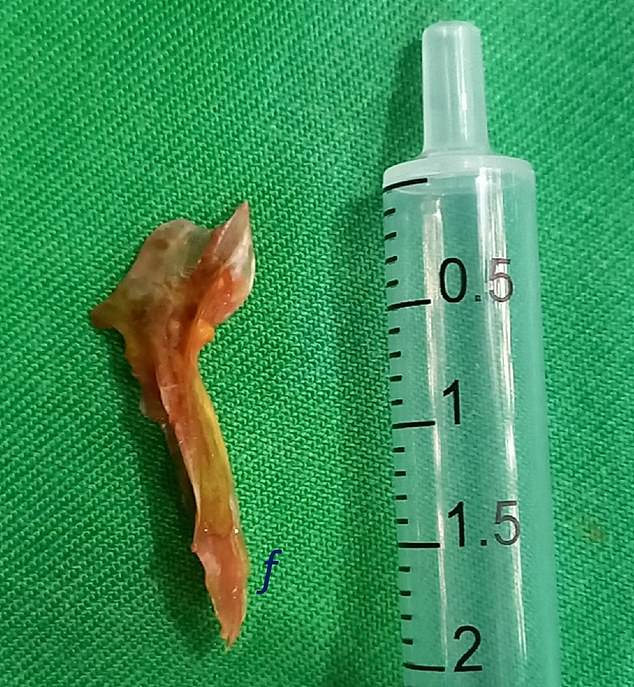 Peritonitis is inflammation of the peritoneum — a silk-like membrane that lines your inner abdominal wall and covers the organs within your abdomen — that is usually due to a bacterial or fungal infection.

There are two types of peritonitis:

Peritonitis requires prompt medical attention to fight the infection and, if necessary, to treat any underlying medical conditions.

Treatment usually involves antibiotics and, in some cases, surgery.

Left untreated, peritonitis can lead to severe, potentially life-threatening infection throughout your body.

His tale was reported in the International Journal of Surgery Case Reports.

‘But the presentation is largely nonspecific and frequently diagnosed during surgical interventions.

‘The outcome is favorable in most instances, however, late presentation narrows the crucial recoverable therapy window.

‘Low resources such as lack of advanced imaging modalities confound the outcome by delayed diagnosis.’

The man’s illness came on slowly over the three days.

He was confused on arrival to the hospital and his stomach was swollen and sticking out.

It led doctors to suspect he was in septic shock.

The man, who had type 2 diabetes and high blood pressure, was rushed to intensive care.

Scans showed his abdomen was filling with fluid, a sign that his kidneys had suddenly stopped working properly — which can be caused by sepsis.

Surgeons operated on him for two hours, discovering the fish bone had caused a 5mm hole in his small intestine.

It resulted in faecal peritonitis, the medical term for an infection in the inner lining of the stomach that is specifically trigger by faecal matter.

Yellow pus built up around the hole and the intestine swelled in size because of the reaction.

They cut out a 10cm stretch of the bowel and drained the fluid, with the goal of reattaching the healthy bowel back together in a second surgery.

But his condition worsened during the procedure. 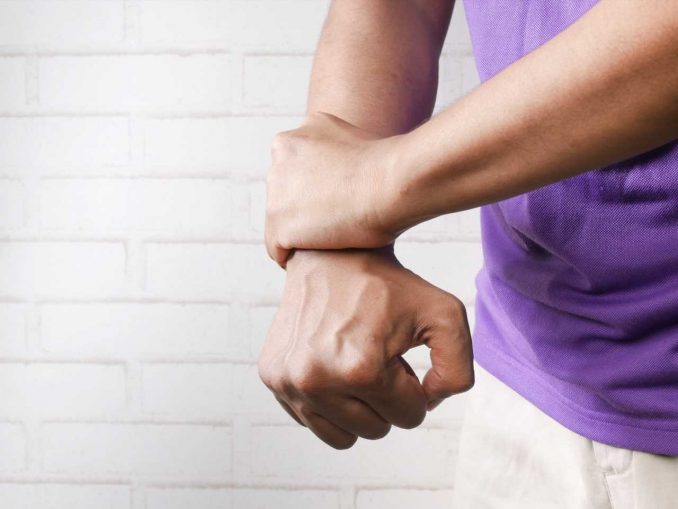