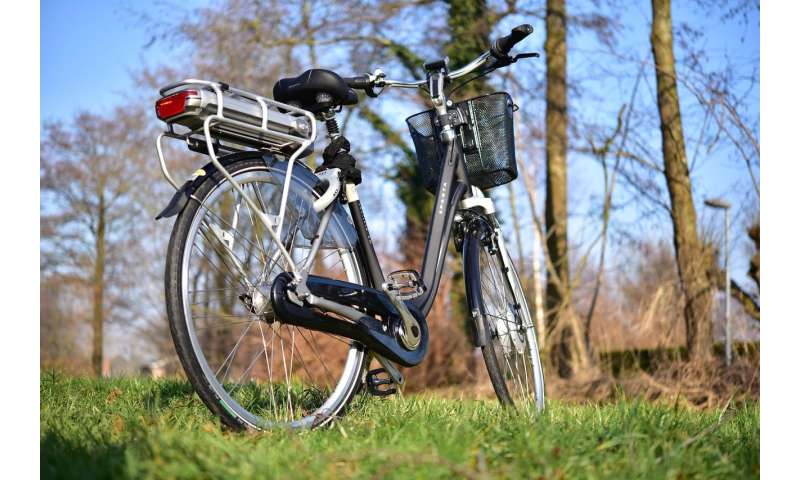 Older cyclists who use electric bicycles may be getting the same brain benefits as those on standard bikes.

The new research, published in PLOS One conducted at the University of Reading and Oxford Brookes University found that cyclists between the ages of 50-83 experienced cognitive and mental health benefits from riding a bicycle, whether it was electrically assisted or pedal powered.

“It is really encouraging that this research suggests older adults’ cognitive function (particularly what we call executive function as well as processing speed) could be improved by cycling in the natural/urban environment, even when that was on an electrically assisted e-bike.

“Furthermore, we found that some aspects of mental health and well-being increased in participants, who cycled on an e-bike for an hour and a half a week for an eight-week period. This suggests that there may be an impact of exercising in the environment on executive function and mental health. It would be great to see the effect of cycling, particularly e-bike use, on cognition and well-being in a larger sample of participants over a longer period of time.”

The study was one of the first to investigate the impact of cycling outside of a lab environment on cognition and well-being of older adults, the researchers said.

Contrary to expectations, the researchers found that people using e-bikes reported an even greater improvement in brain function and mental wellbeing as people who used standard bikes. The researchers suggest that the additional benefits that e-bikes provide to older users have an effect beyond increasing physical activity.

The team also noted that the people using e-bikes used a variety of settings to assist their pedalling, spending on average 28 percent of the time in the lowest (eco) setting and 15 percent with the motor off altogether

Prof Carien Van Reekum, a Professor of Psychology at the University of Reading, said:

“Among the older adults involved in this project, e-bikes have a number of very positive benefits and in some cases even more so than standard cycles. The findings were not fully what we expected as we thought that the biggest benefit would be seen in the pedal bike group, with cognitive and wellbeing benefits linked to cardiovascular exertion.

“This study confirms that getting out on your bike is good for the brains of older people. But what surprised us is that these benefits are not only linked to the extra levels of exercise.

“We had thought that those who used traditional, pedal-only powered bikes would have the greatest brain and mental health boost, as they would be giving their cardiovascular systems the biggest workout.

“Instead, people who used e-bikes told us that they felt more confident in completing the requested activity of three 30-minute rides a week for eight weeks, compared to pedal bikers. The fact that the group was able to get outside on a bike, even without much physical exertion, is likely to make people feel mentally better.

“If having a bit of extra help from an electric motor encourages more people to cycle, the positive effects can be shared across a wider age range and with people who are less confident on a bike.”

Dr. Tim Jones, from Oxford Brookes University, who led the cycle BOOM project of which this study was part, said:

“Our research demonstrated that the wider therapeutic benefits of cycling outdoors need to be considered. Our participants reported improvements in confidence and self-esteem. The E-bike enabled them to explore their local area and interact with people and the natural environment secure in the knowledge that they could rely on powered assisted support to get then home safely and stress-free.”

In a separate paper carried out as part of the CycleBOOM project, the team spoke to older people who were going on cycling ‘microadventures’. The paper found that e-bikes played an important role in helping older people to consider cycling as a mode of transport for visiting friends and reconnecting with old areas of interest. However, the team argue that further investments in infrastructure are needed to encourage more people to benefit.