Dementia is a destructive set of symptoms associated with brain decline. Contrary to popular opinion, it is not a direct result of ageing. This means there are ways to reduce the risk. With that in mind, a new study, published in the journal Addiction has arrived at a surprising conclusion: drinking beer may help.

Results showed people who drank the equivalent of two pints a day were a third less likely to develop dementia than abstainers.

A marked reduction was also observed in participants who drank the most amount of beer but the experts involved in the study warned against excessive alcohol consumption.

To arrive at this conclusion, the team, from the University of New South Wales, gathered data from 15 old studies. 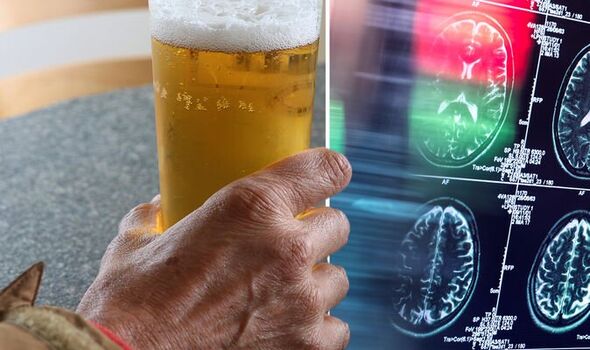 They contained data on the alcohol drinking habits and dementia rates of 24,478 over-60s.

To put the numbers into perspective, one pint of beer contains around 16 grams of ethanol, while a medium-sized glass of wine has around 18g.

None of the participants — who were followed for up to 40 years — had dementia at the start of the study.

Over the course of the study, 2,124 people were diagnosed with dementia.

When compared to abstainers, occasional and light to moderate drinkers were 22 percent less likely to develop the condition.

And those who consumed up to two-and-a-half pints a day had a 38 percent reduced risk of being diagnosed compared to non-drinkers.

Even the biggest drinkers were 19 percent less likely to be a dementia sufferer than those who didn’t consume alcohol. 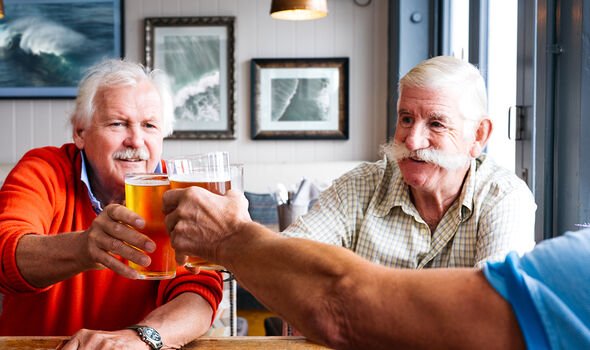