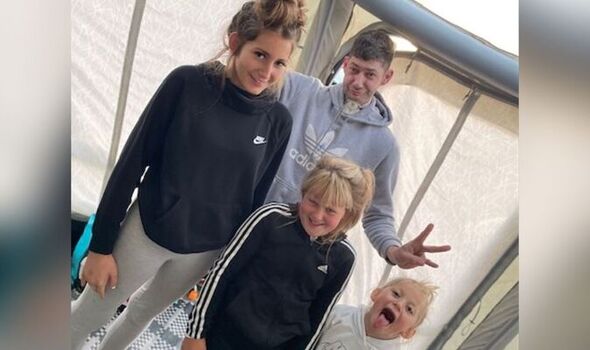 Scott Ruxton bit his tongue shortly before the UK entered lockdown, and while he did not think much about it at the time, when the wound refused to heal, he became concerned. However, due to the pandemic, it was difficult for the 37-year-old to get a face-to-face appointment and was instead offered a telephone consultation and was prescribed antibiotics, which proved to be of little help.

Scott from Brynithel, Wales, would have to wait several months before he could schedule a hospital appointment and the medical tests he needed.

Unfortunately, the result of a biopsy turned out to be cancer, reports Wales Online.

Since then, Scott has undergone a battery of different treatments, including radiotherapy, chemo, and various operations to remove his tongue, larynx, and lymph glands—all of which eventually saw him given the all-clear.

“But since then the cancer’s come back and, three months ago, he got told it was terminal,” said Emily Broom, Scott’s former partner of 11 years with whom he has two children. The 29-year-old care home worker added that for the last several weeks her ex has been living at her house so she can look after him.

“Scott’s been deteriorating recently but doesn’t want to go into a hospice. He’s always been fiercely independent and hates people fussing over him. So, while having his bed set up in my kitchen isn’t ideal, it’s do-able. The most important thing is he can be close to the girls and we all make the most of what time he’s got left.” 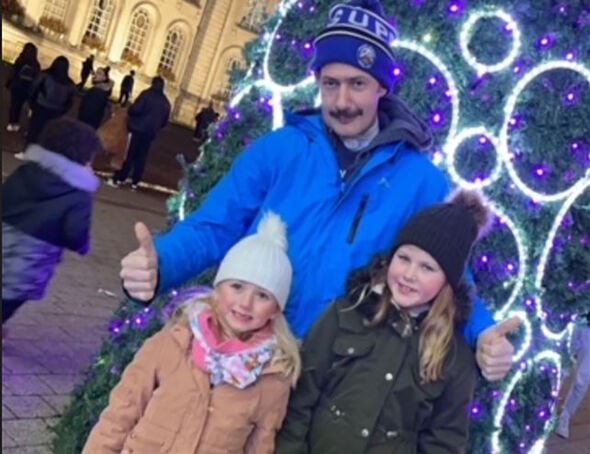 Emily added since they split up three years ago she and Scott have remained friends. She described how hard it’s been watching cancer eat away at him.

“Scott was always the life and soul of the party and you’d always hear him long before you saw him. So that he can’t speak now is especially cruel,” she said.

“He has an app on his phone which he uses to communicate, but it’s just not the same as being able to tell his kids that he loves them. He gets so frustrated with that and it’s heartbreaking to watch him struggle.

“I can’t imagine how hard all this is on them but they’re trying the best they can just to get through each day. But it’s a lot for kids that young to get their head around.”

She added that the plan is to “make as many memories as possible while they still can.”

As a result, a GoFundMe page has been set up in the hope of raising sufficient funds to pay for one last family holiday together.

“The community has been incredible, auctioning off a signed Cardiff City FC shirt – Scott’s favourite team – and a signed photo of the Welsh rugby team, as well as organising charity fun days. There’s actually another one taking pace at Llanhilleth RFC this weekend.”

Thousands have been raised so far, she added. “Scott’s been immensely touched by everything people have been doing for him.

“He even wrote a letter for us to read out. In it he thanked everyone and said that, although he’s not got long left, he’s going to carry on fighting.

“Joking to the last, he wrote, ‘I’m not one to roll over and give up. So don’t be surprised if you suddenly see me out and about, or on the TV news’.”