Cystic fibrosis sufferer, 30, who ‘could die’ if she has children because her lungs may fail under the strain of pregnancy slams the NHS after being denied funding for IVF and surrogacy

A cystic fibrosis sufferer who is unable to have children has slammed the NHS for denying her funding for IVF and surrogacy.

Sophie Gannon, 30, who has already had a double lung transplant, has been told by doctors she could die if she gets pregnant.

Therefore, the teaching assistant and her partner, Josh Thomas, 28, must use IVF and a surrogate mother.

However, because the couples’ fertility is not affected, they do not fall under the criteria for the NHS to pay for IVF.

The desperate couple are now fundraising for the costs of their private treatment – at least £8,000 – before finding a surrogate. 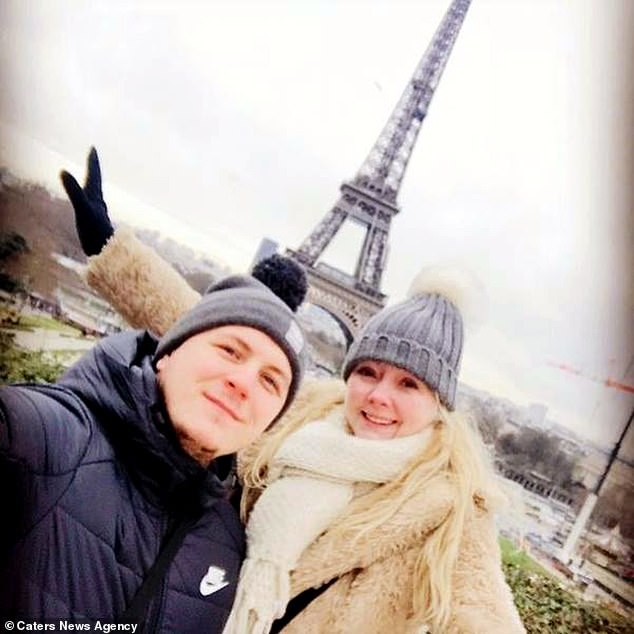 Sophie Gannon, 30, and her partner Josh Thomas, 28, must use IVF and a surrogate mother to have the child they have always dreamed of 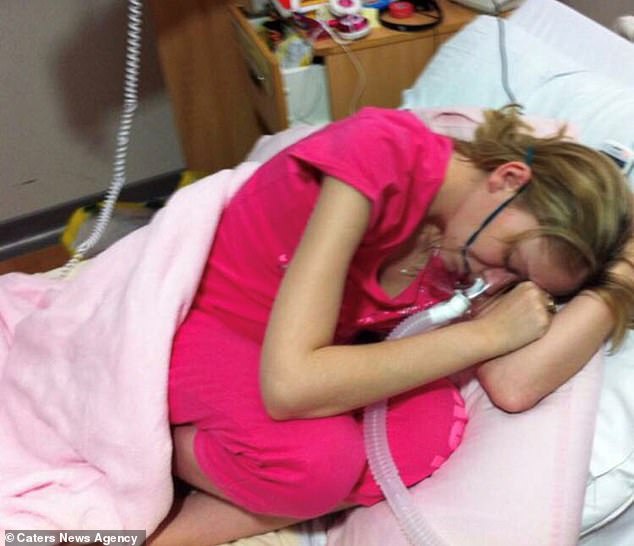 After a lung transplant due to cystic fibrosis, Ms Gannon has been told by doctors she cannot go through pregnancy, as there is a risk she ‘could die’ due to the pressure on her body 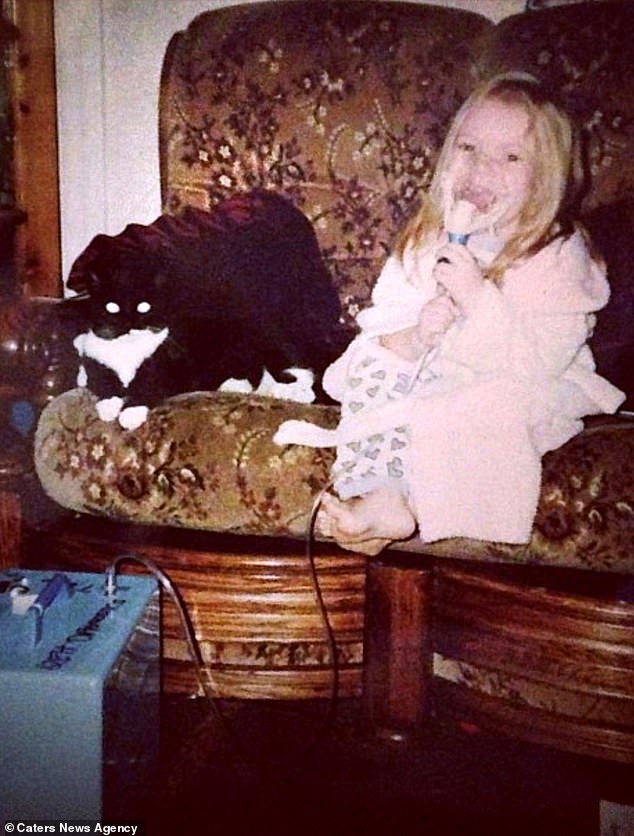 Ms Gannon was diagnosed with cystic fibrosis at birth. Pictured, using a nebuliser as a child

‘We have to find our own surrogate but we won’t give up, surrogacy is our only chance of having a baby.’

Ms Gannon was diagnosed with cystic fibrosis at birth, a life-shortening, inherited disease that causes the body to produce thick mucus.

WHEN IS IVF OFFERED AND HOW CAN YOU GET A SURROGATE?

IVF is only offered on the NHS if certain criteria are met. If you don’t meet these criteria, you may need to pay for private treatment.

In 2013, the NICE published new fertility guidelines that made recommendations about who should have access to the treatment on the NHS in England and Wales.

However, individual NHS Clinical Commissioning Groups make the final decision about who can access it in their local area, and their criteria may be stricter.

According to NICE, women aged under 40 should be offered three cycles of IVF treatment on the NHS if:

If you turn 40 during treatment, the current cycle will be completed, but further cycles should not be offered.

If tests show that IVF is the only treatment likely to help you get pregnant, you should be referred for IVF straight away.

Surrogacy is legal in the UK, however, it cannot be advertised.

If conception is taking place at a fertility clinic, there will be a cost.

No third parties are allowed to be involved and surrogates can only receive payments to cover expenses incurred as a result of being pregnant.

The condition, of which 30,000 people are living with in the US and 10,400 in the UK, affects the lungs and digestive and reproductive systems in particular.

At the age of 23, in 2011, Ms Gannon underwent a life-saving double lung transplant.

But it would crush her dreams of having a child – due to complications, her body would be under more strain during pregnancy.

Lung transplant recipients have an increased risk of maternal and neonatal complications associated with pregnancy, with a risk of premature birth and rejection of the new lungs.

Writing on a blog, Ms Gannon said she spoke to a consultant in June 2018: ‘They strongly advised that I do not get pregnant. I know many CF patients who have had babies and this just depends on how well you are.

‘However, becoming pregnant once you have had a lung transplant is a different issue.

‘If you become pregnant after a transplant, no matter if you are in good health or not, your antibodies will raise which can cause your lungs to reject.

‘This is something that both me and my family do not want me to even risk. It would also be unfair and selfish for me to get pregnant and risk dying basically after everything that both me, my family, friends and medical team have done to keep me alive.’

Ms Gannon and Mr Thomas were told their best option was a gestational surrogacy, which would mean a surrogate carry their embryo through an IVF clinic.

But they have been refused funding for IVF from the NHS on the basis that they do not fall under the criteria.

NHS trusts across England and Wales work to provide the same levels of service.

But the provision of IVF treatment varies across the country, and often depends on local clinical commissioning group (CCG) policies.

The guidance from the National Institute for health and Clinical Excellence (NICE) said surrogacy, which is legal in the UK, lies outside the remit of the guidance.

Ms Gannon said: ‘They have sent me the criteria and it is because my medical condition and treatment doesn’t affect my eggs or Josh’s sperm.

‘The surrogacy hospital basically said the council were we live don’t fund surrogacy even though they agree that we need to take that route.’ 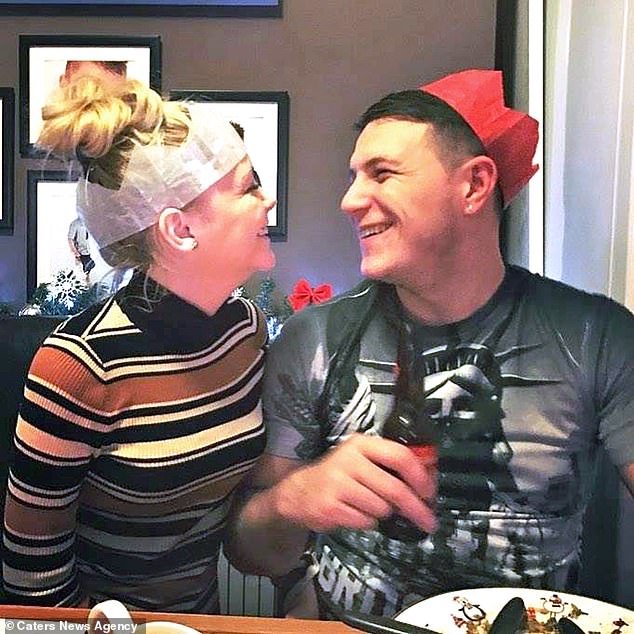 Ms Gannon and Mr Thomas, a breakdown recovery driver, were told their best option was a gestational surrogacy which would mean a surrogate carry their embryo through an IVF clinic 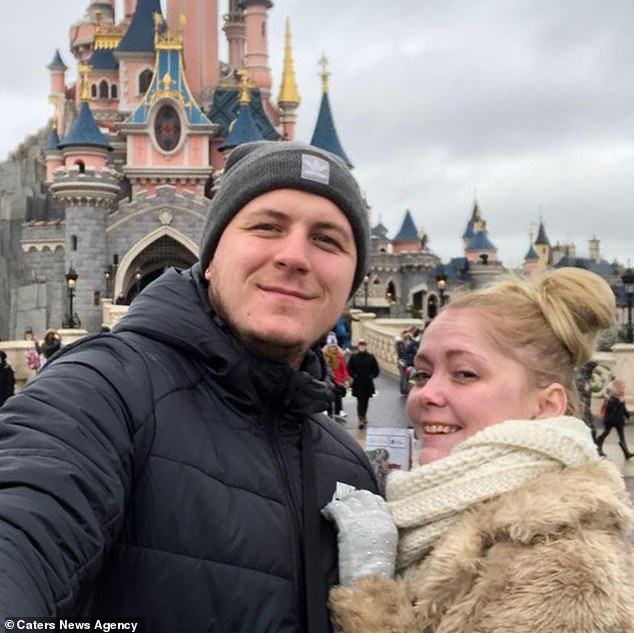 Because Ms Gannon and Mr Thomas’ fertility are not affected, they are not eligible for IVF treatment under their CCG’s criteria 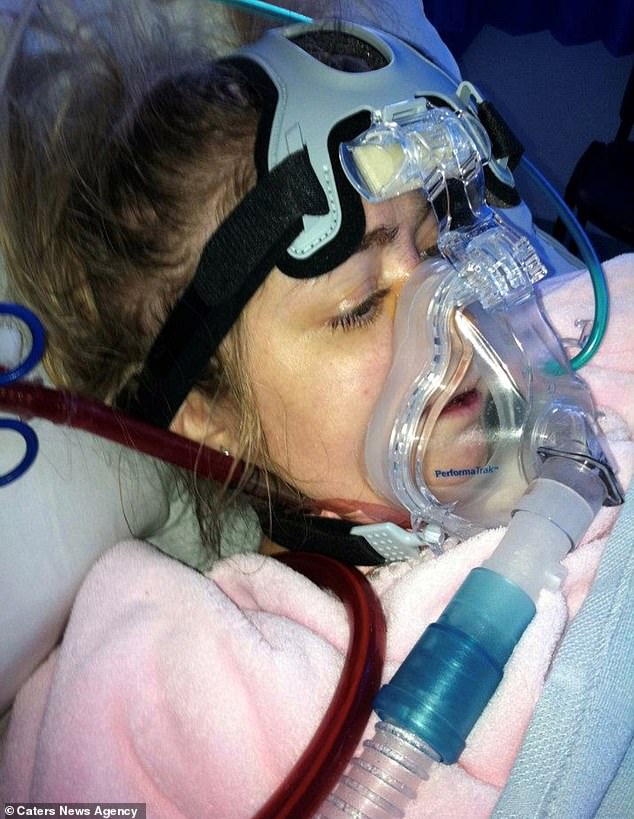 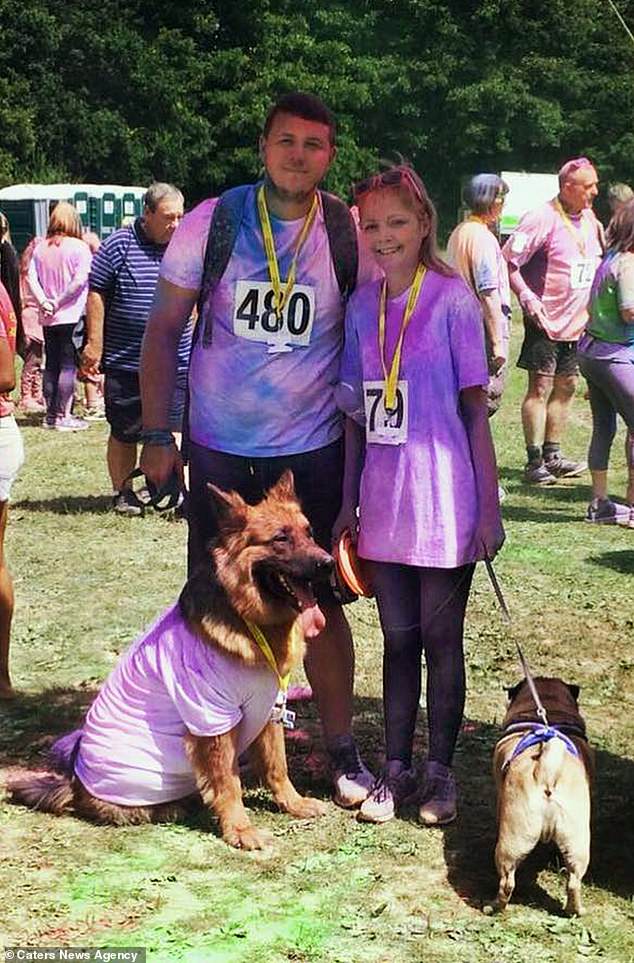 The couple are fundraising to pay for the costs of their treatment – up to £10,000

The couple have said they are hoping to apply through another GP in a different borough after moving house to see if they have different criteria.

Ms Gannon said: ‘I really don’t hold out much hope as I feel the criteria will still be the same but it is definitely worth a try of course.

‘Surrogacy will give me the chance of becoming a mum and having a family of my own.

‘It’s not my right or expectation, all we’re asking for is some help. It’s completely devastating.’

The couple have already begun the process to screen their eggs and sperm in the hope of becoming parents.

Ms Gannon said: ‘I’ve already begun screening my eggs and preparing as much as possible.

‘I owe a lot to the NHS – I wouldn’t be here without them. I just feel let down that they don’t judge each case individually and that if there was something I could do to change my situation so that I could carry a child then I would.’

Ms Gannon added that despite her condition and the current outlook, she’s trying to keep as positive as she can.

She said: ‘My condition varies from day to day. I still have cystic fibrosis and I take 30-40 tablets a day.

‘I still suffer with stomach and breathing issues, have CF related diabetes and still get more tired than “normal”. But I’m stubborn and carry on.’

A spokesperson for NHS Bexley Clinical Commissioning Group said: ‘We are unable to comment on individual cases.

‘But all clinical commissioning groups in south east London adhere to a common policy that sets eligibility criteria for a number of specific treatments.

‘This… is designed to ensure that resources are used in an equitable and effective way for all patients and that clear, consistent and fair procedures are in place.

‘The Policy states the implications of a number of legal points related to surrogate pregnancy mean fertility treatment involving a surrogate mother will not be funded.’

The couple are raising money on GoFundMe to help pay for their IVF treatment.