Home » Health News » Cry in public: The ultimate list of Canberra spots to get teary at

Crying in your room might be sad, but crying out in the open is incredibly hot. Whether you prefer the echoing walkway of Commonwealth Place or the hustle of the Civic skate park, consider this your TripAdvisor for tears.

Tap into those vulnerabilities and join me, your sister in snot, on a magical, hysterical mystery tour of Canberra. 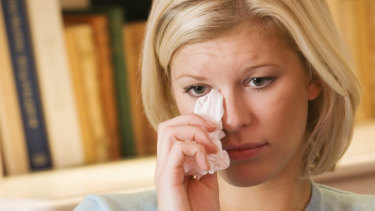 Enter the echo chamber. Buckle to your knees. Scream for the putrid mortals who wounded you and embrace the hot tears of blood and each reverberation of your voice upon the merciful sandstone. Now tell me you aren't feeling better.

Here's one I can personally – and tearily – vouch for.

A few years ago, I scampered out of my former public service office, tears welling in my eyes as I attacked the 'G' button in the lift. Then I made a dash across the Scott's Crossing carpark while public servants enjoyed their 20th Coffee Lab cappuccino of the day.

It turned out I couldn't cry in my own damn car, as I'd left my keys on my desk. Folly!

My two options were: steal a car to fill with my tears, or keep on running to the skate park. The latter is truly a hive of activity, from skateboarding to illicit sexual encounters, so chances are most people won't even notice you wailing. Only when I was there, a 15-year-old skater boy approached me, asking sweetly: "Is everything ok?"

The options of crying in the Civic skate park as an anon while still drawing concern from a kind stranger is irresistible and as such puts it quite high on my list.

Get your soggy self to this A-grade crying colosseum during the month of June. Students will be in the swing of exams and so a breakdown will weave sensuously into the natural fibres of the place. Don't get those books too wet though! You do not need a library fine to cry over.

Seeing as though it's autumn, I'd recommend taking in those russet leaves and brisk mornings with a good old nature snivel.

There's also a good chance the burgeoning local kangaroo population – an animal renowned for its empathy and headlight awareness – will take great pity on you and allow you to approach them and possibly join them for dinner.

Wade into the shores of the nearby Lake Burley Griffin – fully nude, of course – and wash those tears away. 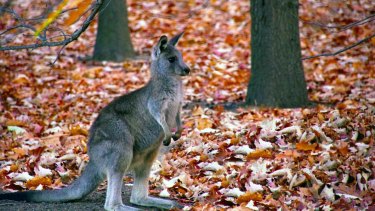 On a Murrays bus

We've all been there before. Let it out, sweetie.

Do yourself a favour and catch a foreign film. Chances are the other viewers will be so caught up in reading the captions that they won't notice you causing a low-level flood in the corner.

If something a little more white bread is your preferred snack – perhaps the latest instalment in the Marvel cineverse – then that's okay too! Any movie to help you have the cry of your life is acceptable and wholly encouraged.

At the talons of the Belconnen Owl

Our phallic-shaped friend isn't just there to look good. She's there to roost over the city, offering comfort to friends, feathered or not. 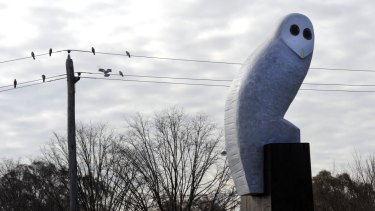 … woah. Not so fast! Before you transform into a total Niagara, you will need:

*They will know who you are, for it is Canberra.