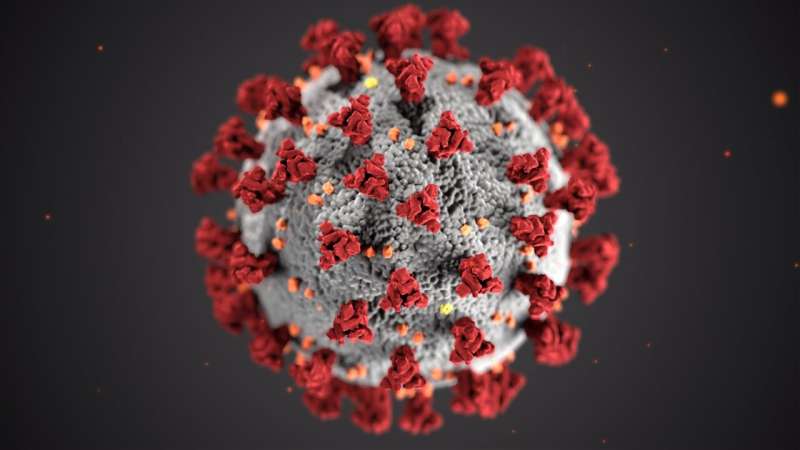 As SARS-CoV-2 seems to settle into the background of our lives, transitioning from an unprecedented crisis to a routine threat alongside influenza and other, more familiar viruses, scientists have begun to turn their attention to the future of the COVID-19 pandemic as the virus continues to change and, just as important, the future of pandemics that may be triggered by other pathogens.

“I don’t know; we don’t know; nobody knows what’s coming next,” emphasized Jacob Lemieux, Harvard Medical School assistant professor of medicine at Massachusetts General Hospital during a recent symposium hosted by the HMS-led Massachusetts Consortium on Pathogen Readiness, or MassCPR.

SARS-CoV-2 isn’t going away anytime soon, scientists agree, so surveillance to track new variants is key—if complicated to execute. Also essential is studying the structure of the virus to understand how it has evolved over time, how it may change in the future, and what that could mean for the spread and severity of COVID-19.

However, SARS-CoV-2 is not the only potential threat. Monkeypox, which is increasingly cropping up throughout the world, has tested the U.S. response to a viral outbreak, revealing both improvements from COVID-19 and lingering challenges.

Over the last century, outbreaks and pandemics have occurred with disturbing regularity—a certain indicator that there will be more of them, whether spurred by influenza, another coronavirus, or some yet unknown pathogen that leaps from animals to humans. The emergence and spread of pathogens appear to be the norm rather than the exception, scientists stress, necessitating advance preparation and a large-scale, coordinated response to outbreaks.

What’s ahead for COVID-19

The COVID-19 pandemic has been shaped by the systematic emergence of new SARS-CoV-2 variants, from alpha and delta early on to omicron, which is currently splintering off into subvariants. Each variant comes with its own unique constellation of mutations, mostly concentrated on the receptor-binding domain of the all-important spike protein that attaches the virus to cells in the infected individual.

As long as the spike protein can still bind to its receptor on host cells, the virus can still spread, even as the transmissibility of SARS-CoV-2 and the severity of the resulting illness shift with each new variant. Unlike earlier variants marked by only a couple of new mutations, omicron came onto the scene with a whopping 15 mutations on its receptor-binding domain—and that number could climb beyond 60, says Jonathan Abraham, HMS assistant professor of microbiology and an infectious disease specialist at Brigham and Women’s Hospital.

“I would argue that there’s probably no end in sight, at least for the near future, for SARS-CoV-2 spike protein evolution,” Abraham said during the MassCPR symposium. “We will probably be playing this dance with additional variants for some time to come.”

As new SARS-CoV-2 variants continue to emerge and circulate, our ability to track those variants is paramount, said Katherine Siddle, a research scientist at the Broad Institute of MIT and Harvard, during the MassCPR symposium. Throughout the pandemic, the global capacity for genomic surveillance of SARS-CoV-2—which involves sequencing the virus to pinpoint mutations and identify variants—has dramatically scaled up, resulting in over 13.8 million SARS-CoV-2 sequences to date, including over 4 million from the United States.

Effective global surveillance, Siddle said, requires sufficient coverage and representative sampling of cases, as well as fast turnaround times—all of which have improved during the pandemic. However, the current landscape of SARS-CoV-2 presents new challenges.

“Right now, we have an alphabet soup of different variants, which is a situation we’ve not seen for a while,” and all are classified as variants of concern by the World Health Organization, making it difficult to determine which ones pose the greatest risk, Siddle said.

Moreover, despite more effective systems for sequencing samples and sharing data, “a lot of this is still reactive,” Siddle said, with labs working to analyze samples and share information as quickly as possible after each new variant emerges. For Siddle, an exciting new avenue is using large global datasets to forecast and predict what variants mean and how they might spread. Future variant surveillance systems, she added, should connect sequencing data with public health and clinical data, leverage sampling from environmental sources, remain flexible and responsive, and integrate new technologies as they become available.

Critically, such systems could be adapted for tracking the emergence and spread of other pathogens and should be set up before a pandemic occurs. This would help ensure that scientists are capturing broad swaths of the population to monitor for telltale changes in viral movement and evolution instead of sampling from a small number of people or specific populations due to time and resource constraints, as was the case early in the COVID-19 pandemic. “[I hope] we can build all of that ahead of time rather than trying to do it in the midst of a crisis,” Siddle said.

Abraham emphasized the importance of setting up surveillance systems that are truly global, noting that new variants can emerge from anywhere. “All of us are connected to each other, and we really have to be surveilling everywhere” in order to track new variants, he said.

Lemieux highlighted what he considers to be a major surveillance gap: immunocompromised people infected with SARS-CoV-2. Such individuals are often the source of new variants of concern, he said, since their immune systems are not able to suppress viral replication, and SARS-CoV-2 remains in their bodies for longer, giving the virus more time to mutate and evolve.

“If we want to identify where the next SARS-CoV-2 variant is going to come from, we need to understand what’s circulating in those reservoirs,” Lemieux said. Also important, he added, is developing better treatments for COVID-19 in people who are immunocompromised: “If we can abort chronic infection, then we may be able to avert the next omicron.”

Beyond the science, Lemieux hopes that pandemic fatigue won’t prevent people from learning from the mistakes made during the early days of COVID-19.

“The interval between pandemics is, cruelly, often just long enough that we forget, and just short enough that they happen repeatedly during our lifetimes,” Lemieux said.

The COVID-19 pandemic demonstrated the speed of scientific progress when many researchers collaborate at a large scale, added John Connor, associate professor of microbiology at Boston University Chobanian & Avedisian School of Medicine—but this mentality needs to continue beyond COVID-19. “How you keep in peacetime the things you need in wartime is a tough question to answer, but it seems to me that’s what we need,” he said.

What’s to come after SARS-CoV-2 is a question weighing heavily on researchers’ minds as they look forward to the next pathogen capable of igniting a pandemic.

“As we have focused on SARS-CoV-2—and have really been almost monofocused on this idea—other viruses have not ceased to move around,” Connor noted during the MassCPR symposium.

One ongoing threat is a poxvirus called monkeypox that is currently spreading throughout the world. By the 1980s, a successful vaccine eradicated smallpox, leading scientists to believe that poxviruses would cease to be a major issue. Yet, in 2003, monkeypox entered the United States, causing an outbreak that was quickly controlled. Then, in the 2010s, it was recognized that monkeypox cases around the world were increasing—and while scientists are not entirely sure why, they believe one factor may be waning protection from smallpox vaccines, which also provide some protection against monkeypox. In 2017, there was a monkeypox outbreak in Nigeria, and now, five years later, another outbreak has led to more than 77,000 known cases worldwide.

“This was a very rapid explosion, and it is still transmitting,” Connor cautioned. Fortunately, monkeypox is considerably less contagious than SARS-CoV-2, and many countries are better prepared to deal with it. The United States, for example, already had diagnostic tests and a vaccine ready to be deployed, and an antiviral drug is under development. On the flip side, Connor noted, it has still been difficult to distribute tests, vaccines, and treatments quickly and evenly to those who need them.

“Viruses hitch rides on planes all the time. We are going to continue to see viruses breaking through prior geographic boundaries,” Connor said, and in order to respond rapidly and effectively when that happens, “we are going to need large, coordinated research and response units that have worked together [before].”

For Lemieux, a quote from William Shakespeare sums it up best: “What’s past is prologue.” Or, as Lemieux put it, “Everything that comes before sets the stage for the present.”

Lemieux highlighted outbreaks of novel coronaviruses in 2003 and 2012, as well as five major influenza pandemics in the last century, four major pandemics caused by arboviruses jumping from arthropods over the past 30 years, and over 25 Ebola epidemics. There has also been an increase in other pathogens, he said, noting that bacterial infections in ticks have caused a slow but steady increase in Lyme disease over the past several decades, and syphilis cases, driven by the pathogen Treponema pallidum, are increasing exponentially. Thus, a pandemic driven by a novel coronavirus shouldn’t have come as a surprise.

The seeming inevitability of the next pandemic raises numerous questions about what pathogen will trigger it, where it will come from, how it will spread, and what type of illness it will cause. Yet regardless of the details, Lemieux emphasized that a successful response will require advance preparation and large-scale collaboration between experts in every realm, from government and academia to industry and the media. This includes creating plans to make testing accessible not only in hospitals, but also in the community and at home, as well as anticipating which populations may be most vulnerable to a pathogen and finding ways to reduce risk