When you have an unexplained ache or pain, the natural reaction is to go see a doc. Unless you’re Chrissy Teigen, and then you share your symptoms on Instagram and Twitter for millions of fans to diagnose. This weekend, Chrissy seems to be battling some irritability, both with her stomach and her mood.

Chrissy shared a photo to Instagram of herself walking her dog along the beach. The image looks beautiful, but her caption tells what’s really going on. She captioned the photo: “I haven’t been feeling like my best self lately. Like pretty super below it. I think I have an ulcer. Also I’m super cranky. And tired. Don’t tell me to go to the doctor. I will. But I still need help with the cranky part 🙁 is there a cranky dr”

Not long after, Chrissy realized she had more to share and added a few more thoughts in the comments. “I think I need to eat really bland things for a month. I eat so spicy and garlicy and acidic. My stomach is so mad at me. I think my organs are 1/1000th of a millimeter thick and about to go. Love u guys.” It’s true, she does eat some super spicy food, remember Chrissy’s painful hot wing experience?

I haven’t been feeling like my best self lately. Like pretty super below it. I think I have an ulcer. Also I’m super cranky. And tired. Don’t tell me to go to the doctor. I will. But I still need help with the cranky part 🙁 is there a cranky dr

Chrissy kept another comment lighter joking, “I just realized I ordered a gold milk latte from sunlife organic 3 days ago and I gave my name and just left.” Oops, been there done that. 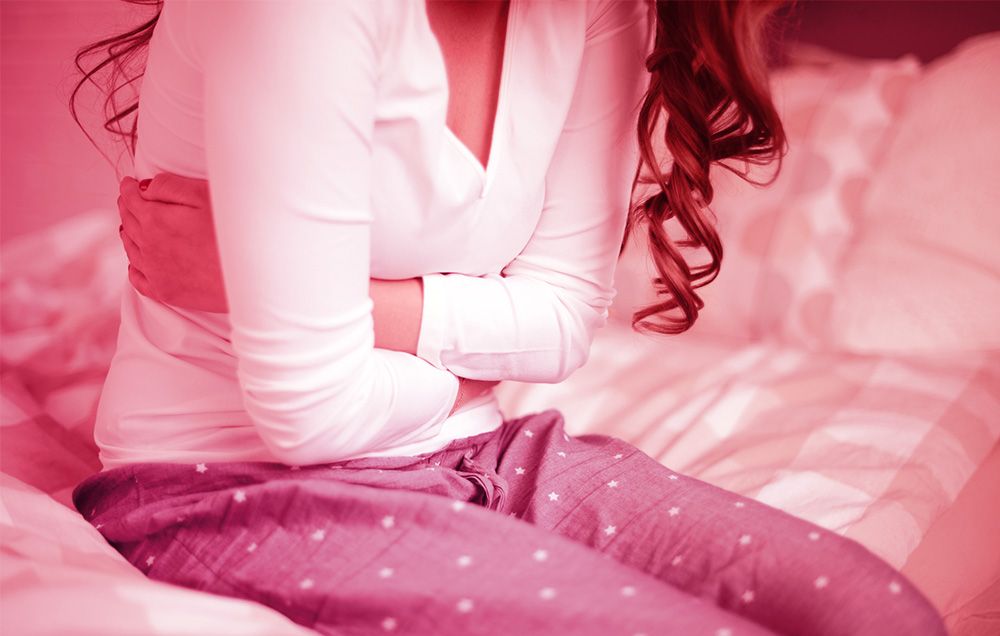 The rest of the comments filled up with creative cures from Chrissy’s famous friends and fans. Lisa Rinna suggested a Xanax smoothie, Whitney Cummings reminded Chrissy that “weed is legal in California,” Brad Goreski offered up his company as a cure, and Ramona Singer encouraged her to take more beach walks. Finally, a fan commented: “Just go through your tweet history, cuz you funny, honey”.

So, what do docs have to say on ulcers and potential treatment? Contrary to popular belief, spicy foods don’t cause stomach ulcers. Neither does stress, according to the Centers for Disease Control and Prevention. “The two main causes of ulcers in the U.S. are a bacterial infection called H. pylori, and long-term use of aspirin and NSAID painkillers (ibuprofen and naproxen),” Shipla Ravella, M.D., gastroenterologist at NewYork-Presbyterian and Columbia University Medical Center, previously told Women’s Health.

However, if you already have an ulcer, both spicy food and stress can aggravate symptoms, so Chrissy’s bland food plan may be a good start. Ulcers are tough to self-diagnose, as the primary symptoms can be caused by a variety of other conditions, says Ravella. As entertaining as the internet cures are, it’s important to check in with your doc if you, like Chrissy, think you have an ulcer.

Here’s hoping Chrissy feels better and gets back to her old un-cranky self stat.