The scenario is a discouragingly familiar one: you sit down to try to accomplish a task and before you know it your mind has wandered so far you can barely remember what it was. Without noticing, you’ve scrolled through multiple Instagram posts and opened several new tabs in your browser. While doing so, various thoughts, worries and items on your to-do list jostle for space in your mind. You’re even distracted from the thing that distracted you. And since we’re on the subject, if I’ve still got your attention, I’ll admit I could not even write the above without checking Twitter several times and thinking about the emails I need to reply to. 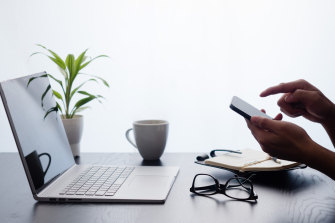 When we’re not paying attention, it affects not only our mental wellbeing, but also our ability to create and store memories.Credit:iStock

Attention is a highly valuable commodity. Technology companies earn billions from other people’s. But we cannot seem to control our own. We’re constantly distracted. As a result we are “missing 50 per cent” of our lives, according to neuroscientist Dr Amishi Jha. This is the problem at the heart of her new book, Peak Mind, which promises to help you find your focus and be fully present.

It may be reassuring to know that we are not to blame for falling short. The human brain was built to be distractible, says Jha, who has been studying it for almost three decades. “Our distractibility served us well when predators lurked around every corner,” she writes. “However, in today’s technologically saturated, fast-paced, and rapidly shifting world, we’re feeling that distractibility more than ever, and we face new predators that rely on and exploit our distractibility.”

Our attention spans are actually working well, she argues; it’s the modern world that’s the problem. When she speaks to me over Skype from her book-lined study – she is a psychology professor at the University of Miami – she likens our brain’s orientating system, which gives us the capacity to focus, to that of a torch.

“If you’re walking down a darkened hallway, you point it where you want to go. But if you hear a weird sound behind you, you’re going to flip it [towards the other stimulus],” she says.

Without you even thinking about it, your attention has been hijacked. And that, says Jha, is essentially what we are dealing with when it comes to our engagement with social media and other digital distractions.

“We may have the wilful desire to write the email, or work on the report or read the chapter, but the ding of the notification, the pull of the social media update or newsfeed, these are all things that will yank the attentional flashlight away,” she explains. “And then we have to realise, ‘oh my goodness, I’ve been pulled away.’ That aspect is what we’re probably the worst at: paying attention to our attention.”

This matters on more than one level. When we’re not paying attention, it affects not only our mental wellbeing, but also our ability to create and store memories. The good news is we can train our brains to be different. Jha has done it herself and has measured how others have done it.

The Gujarat-born, Chicago-raised 50-year-old first started studying the science of attention in the early 2000s, after suffering her own crisis of attention. A new mother at the time, she was also under pressure at work, and found herself struggling to focus – even while reading her son a simple bedtime story.

“I started getting very concerned, because my life outwardly looked like everything I wanted, yet internally I was not really there for it,” she says. “Everything in your life has been geared towards [having] a fulfilling personal and professional life, but what’s the point if you can’t actually experience it?”

A colleague she respected recommended meditation. Jha had been sceptical – during childhood she had seen her father meditating and decided it wasn’t for her – but admits that when she tried it, “it kind of woke me up”.

The difference the practice made to her ability to focus her attention surprised her so much she decided to test it in her lab, where she could make brainwave recordings. In one exercise – which I briefly tried out, until I became too distracted by the constant drip-feed of emails arriving in my inbox – participants are asked to click their space bar every time they see a number appear, unless it’s a number three. It is designed to be so boring the mind naturally starts to wander.

Jha says the papers that she produced off the back of her initial research were the first to take a systematic look at the effects of mindfulness meditation training on the brain’s system of attention.

Among her subjects were people who were going on an intensive month-long mindfulness meditation retreat. Their attention was found to have significantly improved after they returned.

“But the people who were practising for less than 12 minutes were actually not benefiting. So we were finding there is a minimum effective dose and it tends to be about 12 minutes, about three to five times a week and the more you do beyond that the better.”

During meditation, you have to keep directing your wandering mind back to your breath, and the present moment. Training ourselves to do this doesn’t mean our mind won’t wander when we’re engaged in other tasks; but it means we’ll notice far more quickly when our attention has strayed, and be able to bring it back.

“So you might catch yourself just as you’re about to open an app on your phone, rather than after you have lost 20 minutes scrolling.

Jha does not believe it is realistic to try to unplug ourselves from modern technology altogether. “At this point our technology is like food and air, you can’t live without it,” she says.

“We have to train our ability to check in with our own mind, moment by moment, so we have more ownership of where our attention is.”

“You’ve got to figure out how to have a different relationship with it. It’s not possible to function in a normal way if you say ‘I’m going to break up with my phone,’ and it’s not going to work, because the algorithms developed by teams of engineers to pull your attention have been completely curated for your particular interest – and that is hard to overcome.

“We have to train our ability to check in with our own mind, moment by moment, so we have more ownership of where our attention is.”

On the other hand, Jha also believes we must challenge the way modern technology is designed to distract us. “We’ve got to demand some changes in how technology is actually offered to us. If a technology company decided to make you click before you advanced to a screen, that small shift would provide a pause so you might say ‘do I really want to?’ More responsible and humane technology is going to be key.”

How much has paying attention to her attention helped her? “I’m not fighting the fact I feel distractible. It’s now a key cue I need to do something differently instead of feeling I’m a failure because my mind won’t cooperate.”

Make the most of your health, relationships, fitness and nutrition with our Live Well newsletter. Get it in your inbox every Monday.