In this interview, we speak to Dr. Frank Scheer and Dr. Sarah Chellappa about their latest research that investigated the effect meal times has on glucose intolerance.

Please could you introduce yourself and tell us what inspired your latest research into mealtimes and glucose intolerance?

Prof. Dr. Frank A.J.L. Scheer and his Medical Chronobiology Program (MCP) at Brigham and Women’s Hospital and Harvard Medical School studies the role of the circadian system—and its interaction with behaviors and the environment—in cardiovascular, pulmonary, immune, cognitive, and metabolic function and disease, including relevance to hypertension, diabetes, asthma, and obesity. The MCP studies both the fundamental properties of the influence of the circadian system and its disruption as well as the application in the prevention and treatment of disease.

Night shift work is highly prevalent and is associated with negative cardiovascular and metabolic health consequences, including type 2 diabetes. We and others had previously shown that circadian misalignment, i.e., the misalignment between the circadian clock and our behavioral sleep/wake and fasting/eating cycle, and which is typical in night shift workers, causes adverse effects on metabolism, including glucose control, and may thus play a mechanistic role in explaining the increased health risk associated with shift work.

However, it was unknown how these negative consequences can be prevented.

Based on animal experimental work and our own work in humans, we hypothesized that meal timing may be the critical factor. Hence, we performed the current study with the goal to determine whether meal timing can be effective in preventing disruption of glucose control (i.e., can prevent impaired glucose tolerance and pancreatic beta-cell function) during simulated night work conditions.

What are the differences between central and peripheral circadian body clocks? What role do these “clocks” play within the body?

The circadian timing system is comprised of a web of “clocks”, including the central master circadian clock, located in the brain’s suprachiasmatic nucleus (SCN), and the peripheral clocks that are present in virtually all organs and tissues of the body.

The SCN is responsible for synchronizing our physiology and behavior with the 24-hour light/dark cycle, while many peripheral clocks are especially sensitive to meal timing. In this way, mistimed food can result in an uncoupling of clocks throughout the body, i.e., the SCN and peripheral clocks move to different time zones. This insight has been mostly been established from rodent studies but has recently been suggested to occur in humans as well.

While the SCN is almost exclusively responsible for driving endogenous circadian rhythms in many physiological variables, such as core body temperature, and circulating cortisol and melatonin rhythms, peripheral clocks across the body appear to play an integral role in modulating the circadian expression of a variety of, e.g., metabolic, functions. 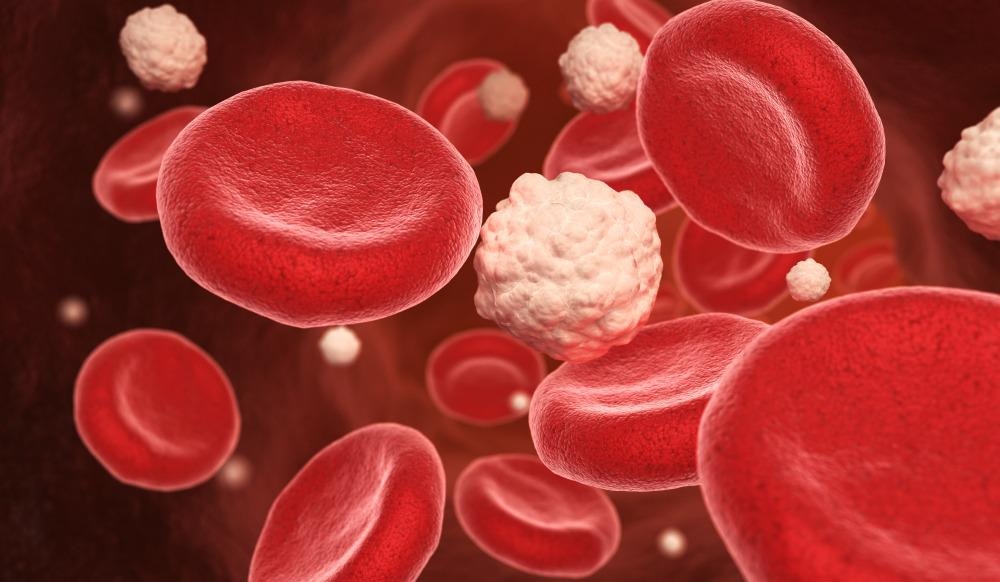 Glucose intolerance is often more commonly observed in night shift workers. Why is this?

One hypothesis is that night shift work leads to a mistiming of behavioral cycles, including the fasting/eating cycle, relative to the master circadian clock and its output, leading to, e.g., meal times occurring at a time that the body is not well adapted to deal with those metabolic challenges.

Another hypothesis is that night shift work leads to ‘internal misalignment’ as discussed above, i.e., where mistiming of different clocks throughout the body leads to ‘mixed messages’ in the control of organ function and thus to bodily maladaptation.

Can you describe how you carried out your latest research into meal timings and glucose intolerance? What did you discover?

Our study had 19 healthy young participants who underwent a 14-day controlled laboratory protocol. During part of the study, they stayed awake for 32 hours in a highly controlled, dimly lit environment, where they kept constant body posture, consumed identical snacks every hour, and had no time cues — a constant routine protocol to isolate endogenous circadian rhythms in physiology, i.e., independent of the sleep/wake and fasting/feeding cycle.

After that, they had a simulated night work schedule and followed one of two eating schedules: one group ate during the nighttime to simulate a schedule common among night workers, while the other group ate during the daytime, thus aligning their meal schedule to their ~24-hour central circadian clock. After that, they had another constant routine protocol to investigate the aftereffects of the meal schedules on their endogenous circadian rhythms.

Beta cells produce insulin, a hormone that escorts glucose into body tissues. Furthermore, nighttime eating caused a misalignment between the central circadian clock, estimated from the endogenous circadian rhythm in core body temperature, and the endogenous circadian glucose rhythms. In contrast, these rhythms remained aligned when participants ate meals only during the daytime despite their mistimed sleep. 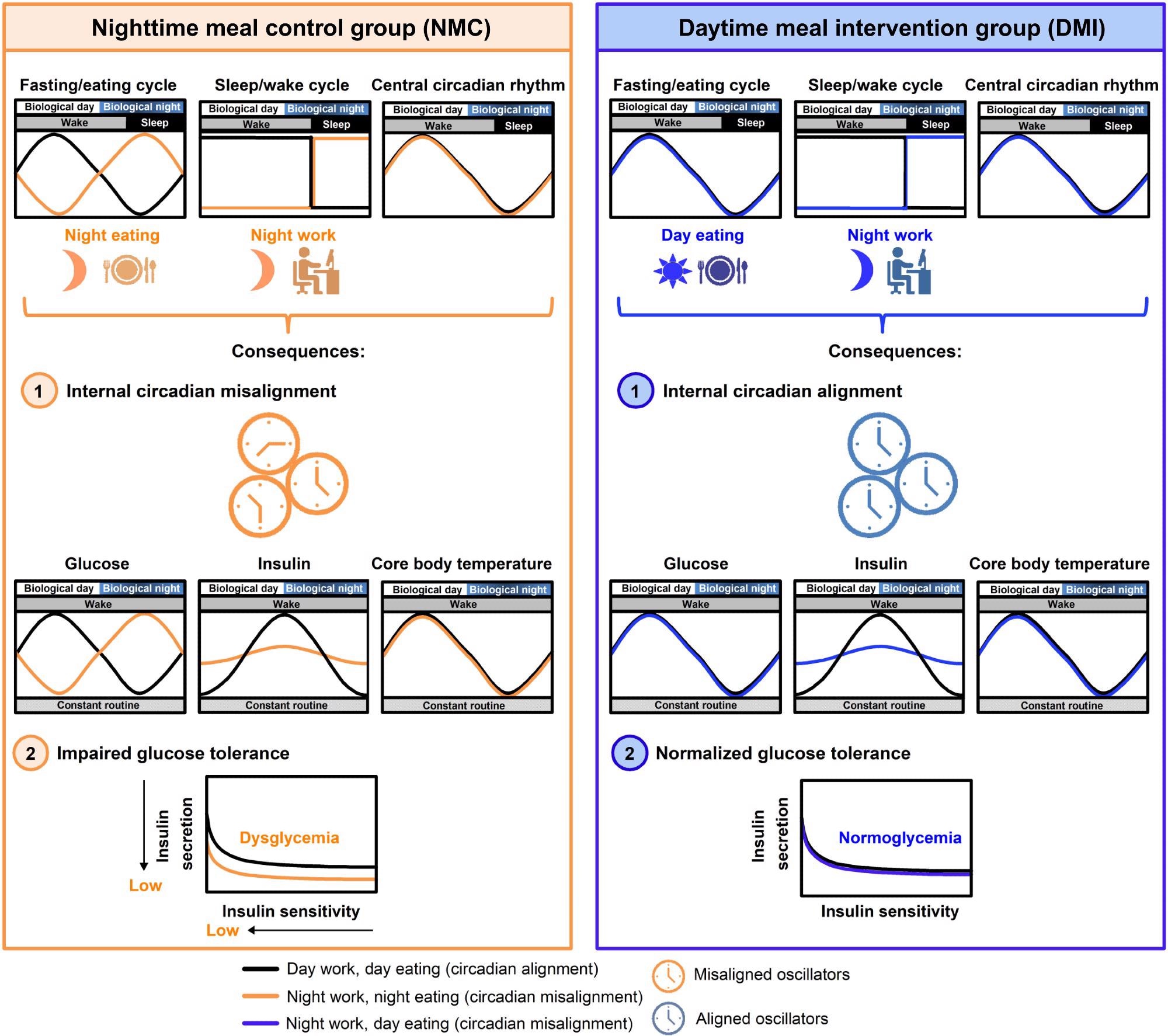 What further research needs to be carried out to further confirm your findings?

Our study aimed at answering fundamental research questions; hence, we used a stringently controlled 14-day laboratory protocol. Because of that, it is challenging to make a direct translation of the daytime meal intervention used in our study to meal schedules to real-life shift workers.

Would you expect to see similar results if you studied other reasons behind atypical eating times such as sleep disorders or people suffering from jet lag?

While our study focused on a simulation of night shift work in healthy young individuals, we expect similar findings in individuals eating at atypical times – like those experiencing jet lag, circadian rhythm sleep disorders, or who experience social jetlag (i.e., people who tend to sleep late during the weekends as compared to the weekdays).

In those groups, we would also expect that limiting eating during their endogenous circadian ‘day’, according to their central circadian clock, would have beneficial effects on glucose tolerance and could help prevent internal misalignment. However, future studies are needed to directly test these expectations. 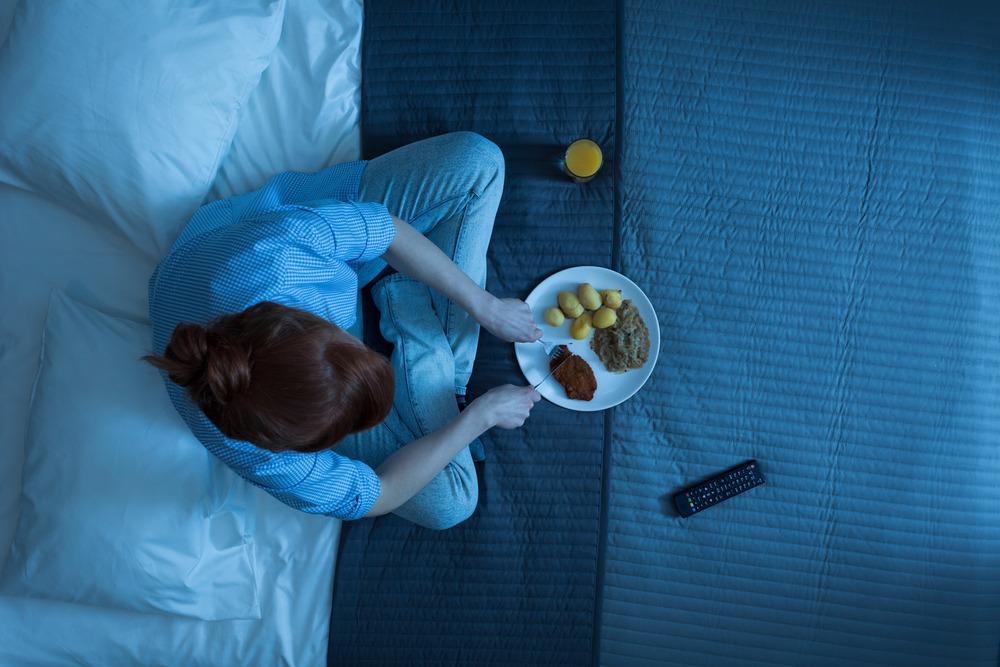 What advice would you give to nighttime shift workers in order to reduce their risk of developing glucose intolerance?

Our study shows that daytime eating, despite mistimed sleep, maintains internal circadian alignment and prevents glucose intolerance. While the direct translation of our findings into real-life settings is limited because of the stringently controlled nature of our study, we would recommend that night workers reconsider the amount of food (particularly carbohydrates) they eat in the nighttime.

What are the next steps for you and your research?

One of the next steps in our research is to develop a more practical intervention to implement daytime eating in night workers, such that participants would not have to spend e.g., a 12-h night shift without eating, and without disrupting their daytime sleep.

Where can readers find more information?

Frank A.J.L. Scheer, Ph.D. is a Professor of Medicine at Harvard Medical School (HMS), a Neuroscientist at  Brigham and Women’s Hospital (BWH), and the Director of the Medical Chronobiology Program (MCP) at BWH, Boston. 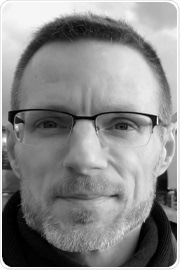 Dr. Scheer has over 25 years of experience in circadian rhythm research, including the role of the circadian system in disease severity (e.g., nighttime asthma attacks, morning heart attacks), the impact of circadian disruption—such as occurs with shift work—on cardiovascular, metabolic, and immune function, and the role of meal timing in glucose and body weight regulation. This work has relevance for cardiovascular, pulmonary, and metabolic function and disease states such as hypertension, asthma, obesity, and diabetes.

Since 2005, Dr. Scheer has been funded continuously as Principal Investigator by the National Institutes of Health (NIH). Dr. Scheer has authored over 145 articles and has an h-factor of 65. Dr. Scheer has received numerous scientific awards, including the Young Investigator Award by the American Academy of Sleep Medicine, the Neal Miller Award by the Academy of Behavioral Medicine Research, and the Outstanding Scientific Achievement Award by the Sleep Research Society. Dr. Scheer is an Editorial Board Member of several peer-reviewed journals, an Associate Editor at the journal SLEEP, and a Member of the Board of Directors of the Sleep Research Society.

Dr. Scheer co-founded and currently directs the MCP, an interdisciplinary research program at BWH to foster the translational research in sleep and circadian biology to understand the basis behind time-variant changes in disease severity, the effects of circadian misalignment (typical in night shift workers), food timing, and their interaction with genetics (e.g., the common MTNR1B variant).

Understanding the biological basis of these changes across the day and night and their interaction with genetics may help in the development of personalized and time-based behavioral, environmental, and pharmaceutical interventions (e.g., appropriately timed meals, exercise, light, or melatonin to target specific phases of the body clock) to prevent, treat, and/or manage disease.

Dr. Chellappa is an MD, Ph.D. (University of Basel, Switzerland), and Alexander Von Humboldt Experienced Fellow at the University of Cologne, Germany. Dr. Chellappa´s work has shown that sleep and circadian rhythms differentially affect mood, cognition, and brain activity in a variety of human populations, including healthy young and older adults, shift workers, patients with depression, patients with ocular diseases, and patients with neurodegeneration. 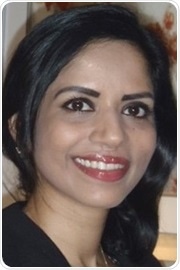 During her time at AZoNetwork, Emily has interviewed over 200 leading experts in all areas of science and healthcare including the World Health Organization and the United Nations. She loves being at the forefront of exciting new research and sharing science stories with thought leaders all over the world.