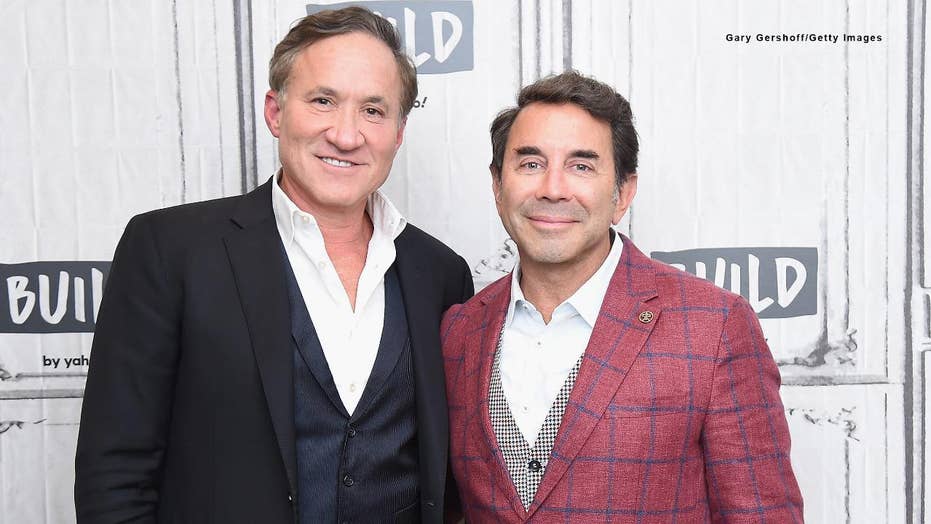 ‘Botched’ doctors Dr. Terry Dubrow and Dr. Paul Nassif reveal what to expect in the sixth season of their hit show and also deliver entertaining stories on their own plastic surgery experiences.

Six seasons later, the stars of the beloved E! series “Botched” credit each other — and their very different personalities — for its long-running success.

Plastic surgeons Dr. Paul Nassif and Dr. Terry Dubrow joined Fox News this week to talk about the new season of their popular show, and how the opportunity to help their patients, and their decades-long friendship, has made them better doctors in the long run.

“After six seasons of doing ‘Botched,’ we are so much more experienced at doing impossible surgery than anyone could ever be because no one gets to face these difficult cases,” Dubrow said, noting he and Nassif have a “secret sauce” that makes their relationship jibe both professionally and personally.

“Obviously, I'm a goofball. He's a little more serious, although he can be pretty goofy. But at the end of the day, we're both sweet and gentle,” said Dubrow.

“I wonder if our wives would agree,” he joked. “Certainly, my wife wouldn't.”

Read on for a look at the sixth season, along with why Brazilian butt lifts are a dangerous fad and how Instagram has influenced the plastic surgery business.

The following interview has been edited for length and clarity.

Fox News: Congrats on the new season! How was it different than seasons past?

Dubrow: They’ve all been pretty similar in that ‘Botched’ highlights really difficult plastic surgery as a cautionary tale. [But] this season was really unique for me; it was really challenging in that I had multiple disasters in my own surgery before I could get the patient to the place that they wanted to be. These patients were so physiologically and anatomically damaged that you had to take them to the brink of wound-healing disaster … and then have wound problems and fix those, and then you can finalize the cosmetic portion. Some patients had one blood vessel keeping their tissue alive.

Plastic surgery has really changed in the last 12 months — a couple of very controversial things going on … changed the narrative.

Fox News: Can you expand on that?

Dubrow: Breast implants have been tied to a rare form of cancer and … a butt augmentation procedure called the Brazillian butt lift is the fastest-growing procedure made famous by reality stars showing large buttocks. Although the fastest growing, it’s the most dangerous and —  by multiple factors — the most fatal.

Fox News: Why is that?

Dubrow: When you take fat from one part of the body and inject it into the buttock, you don’t know where you are because you’re doing it blindly. And there are these little fragile blood vessels in the buttock area that are directly connected to the main vein going back to the heart called the vena cava. If you inject fat into the vena cava through those blood vessels, it goes to your heart and lungs, and that [can] kill you.

I think we should ban it altogether; no cosmetic operation is worth risking your life for.

[Editor’s note: In May, the American Society of Plastic Surgeons said the Brazilian butt lift procedure using the patient’s own fat to augment and improve the appearance of the buttocks is safe, “only if the injections remain in the subcutaneous tissue.” Last fall, however, the British Association of Aesthetic Plastic Surgeons (BAAPS) asked its members to stop performing Brazilian butt lifts until more research on the dangers of the procedure can be done. The warning followed several deaths among U.K. citizens who had sought the procedure.]

Fox News: How will this ‘fad’ ever fade if people are influenced by what they see on social media?

Dubrow: It really takes an index case to put it out there. In other words, there will be a person of interest, either a celebrity or noteworthy person for whatever reason, who [will die] from a Brazillian butt lift, and when that happens, that will change everything.

Fox News (to Nassif): What were the challenges you faced this season?

Nassif: For me, [this season] is half of regular ‘Botched,’ as you see it now, and a little bit of ‘Botched by Nature,’ when we took patients who were born [with a deformity] or maybe had a traumatic incident in their life, and maybe they had it fixed but it didn’t come out the best. So, there are a lot of patients like that [this season].

"We both have egos — but those egos don’t conflict. They don’t get in the way. We’re not in competition. We’re really all about, ‘Hey, whatever it takes, I’ll do whatever you need me to do.’ It’s just a really amazing collaboration."

A great example: A patient who was involved in a car accident, a young lady, what happened to her — she lost tissue in her cheek. So a doctor took a piece of tissue from her inner thigh and put it on her cheek, but she’s [had] pubic hair growing out of her cheek [for many years]. So my challenge was [how to go] about removing that.

Fox News: How has social media — particularly Instagram — changed the types of cases you see?

Nassif: We’ve had patients that try to make themselves look like their filters and [subsequently] damage themselves.

[Patients] used to come to us with photos of celebrities and say, ‘Can you do this for me?’ Now, with social media, they get used to a certain look. So, it puts pressure on that person to try to change themselves. Maybe they go to their doctor and they say, ‘Look at this. This is what I want to look like.’

Dubrow: I think people post such ridiculous, idealized versions of themselves that other people say, ‘Wow, look how great they look. I don't look that way.’ And they think, 'I better have plastic surgery because look how fabulous they're looking.’

If they thought for a moment about it, those are just filters. So I think it's accelerating the use [of plastic surgery].

Fox News: It must be very fulfilling to help your patients. How does that make you feel?

Surgery is, in a way, like a sport. The more you do it, the better you get at it. After six seasons, we are so much more experienced [at] doing impossible surgery than anyone could ever be because no one gets to face these difficult cases. Our skill set is at a level that we're just grateful for where the experience has taken us to.

Fox News: Have you ever had to turn someone away?

Dubrow: You turn them down if psychologically they're not in a stable situation where they can handle some of the problems you're going to face when you attempt to fix their desperate plastic surgery situation. Or, in the case where too much tissue has been taken, too much has been injected into the area, too little blood supply — when the risks are just too high.

Fox News: What is your favorite thing about working with one another?

Dubrow: Well, first of all, he's got what you want in a surgical partner. He's very smart. He's very gifted surgically; he's really grounded. And we both have egos — but those egos don't conflict. They don't get in the way. We're not in competition. We're really all about, ‘Hey, whatever it takes, I'll do whatever you need me to do.’ It's just a really amazing collaboration.

Nassif: We’ve known each other for 20 years, way before ‘Botched.’ If two surgeons have conflicting ideas and egos [become] involved, the patient loses. Getting two people that can get along this well — I don't know if there are any other plastic surgeons, any other acting or TV couple, that gets along this well. And that's what works best about us.