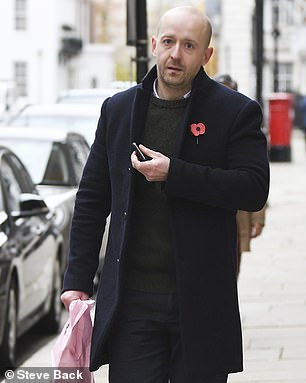 Rishi Sunak was today accused of being a Covid revisionist in a scathing attack by Boris Johnson’s ex-spin doctor Lee Cain.

The ex-Chancellor and Tory leadership hopeful last week claimed it had been a mistake to ’empower’ scientists in the pandemic, and that he was forbidden from discussing the ‘trade-offs’ of lockdown.

Mr Sunak’s comments were condemned by both scientists and former No10 insiders like Mr Cain, a former journalist who once dressed as a chicken to chase David Cameron around the country.

Now Mr Cain has written a letter to The Spectator, to stop what he called ‘Covid revisionism’ by critics wanting to ‘rewrite history’.

Contrary to what the self-proclaimed ‘underdog’ in the race to be Prime Minister has claimed, Mr Cain said ministers and scientists ‘agonised’ over lockdown, and that it wasn’t an ‘easy decision’.

‘None of this is true – it is Covid revisionism,’ he said.

In fact, the former insider claims the biggest mistake the Government made was not locking down sooner.

‘As the pandemic fades into our collective memory – and critics try to rewrite history – it’s clear that the biggest mistake we made was not locking down but doing so too late,’ he wrote. 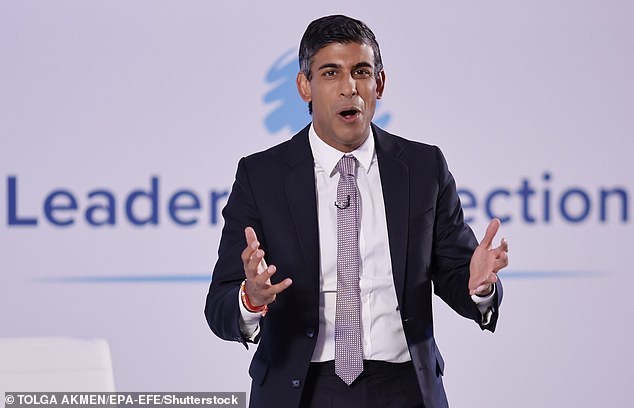 The Covid alert level in the UK has been downgraded as the latest wave continues to fizzle out.

A level two alert means that ‘Covid is in general circulation but direct healthcare pressures and transmission are declining or stable’.

The last time the alert level was at its highest level of four was in December, when the original Omicron variant was ripping through the country.

It had also been at four the previous winter, pre-vaccines, when the Alpha strain pushed hospital rates to record levels.

The downgraded alert comes after weeks of falling infection and hospital admissions across the UK.

There had been a sharp rise in cases starting in June when the highly-infectious BA.5 subvariant took off, which sparked fears of a deadly resurgence of the virus.

But the sub-strain turned out to be equally as mild as its parent Omicron variant and a rise in hospital rates was short-lived.

Mr Cain said he remembered the morning of March 14 2020, about a week before the nation went into lockdown, when Mr Johnson and his advisers were told current measures to control the spread of Covid were failing.

He said the Prime Minister was presented with three scenarios, first, do nothing, second, enforce social distancing, or third, a national lockdown.

Only the final option would prevent the NHS from being overwhelmed, Mr Cain said.

But he added that despite facing the prospect of the NHS collapsing within three weeks, Mr Johnson still waited over a week to enact lockdown with Government ‘paralysed’ by the potential trade-offs of lockdown.

‘The trade-offs were highlighted daily by Chris Whitty in our morning Covid meetings. They weighed heavily on everyone involved.’ he said.

‘But we believed that – morally, politically and practically – lockdown was the right thing to do. Yes, it was a flawed, blunt tool, but it was the best one we had in a very limited toolbox.’

This blunt tool, he added, gave the nation and scientists what they needed precious time.

‘It wasn’t these actions we should regret – it was the weeks wasted by a government too pusillanimous to act.’

Mr Cain asked what ‘lockdown critics’ like Mr Sunak, who originally backed the measure, would have done instead.

‘Mr Sunak says he’d have had “a grown up conversation with the public.” But what does this mean in policy terms?’

‘Do lockdown sceptics believe people would have voluntarily stayed at home and avoided social contacts, as in Sweden, so restrictions were not needed?’

‘Or is the actual, unstated argument that we should have just “let Covid rip”?’

Mr Cain said some lockdown sceptics argue the high mortality rates of letting the virus spread unhindered would have been worth avoiding the economic damage of restrictions.

He called this ‘callous’ position untenable for any Government.

‘The quicker we acted, the less painful the much-discussed trade-offs would have been. No amount of Covid revisionism can avoid that hard truth,’ he said. 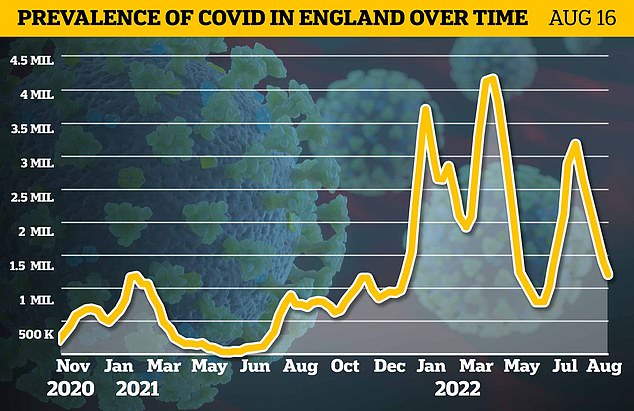 Office for National Statistics (ONS) analysts estimate around 1.2million had the virus on any given day in England in the week ending August 16. Cases were down 15 per cent on the previous week

Despite his takedown of his former colleague, Mr Cain still labelled Mr Sunak a ‘talented politician’ and praised him for his work on the Covid furlough scheme.

Last week Mr Sunak sensationally claimed it was an error to bow so heavily to SAGE, the Government’s influential scientific committee, whose doom-laden forecasts swayed Boris Johnson into a series of damaging restrictions.

In a blistering interview with the Spectator magazine, he also argued No10 failed to acknowledge economic trade-offs ‘from the beginning’.

Despite helping to thwart the pandemic in the early days, the Government’s two-year cycle of curbs crippled the economy and saw NHS backlogs soar.

Ministers eventually lost faith in draconian policies, instead to resorting to relying on vaccines and immunity to keep Covid at bay.

Mr Sunak alleged that he ‘wasn’t allowed to talk about the trade-off’ between the virus-controlling effects of lockdowns and the impact on the health service, economy and education.

‘The script was not to ever acknowledge them. The script was: “oh, there’s no trade-off, because doing this for our health is good for the economy”,’ he said.

‘I felt like no one talked. We didn’t talk at all about missed [doctor’s] appointments, or the backlog building in the NHS in a massive way. That was never part of it.’

Mr Sunak claimed that meetings with ministers at the time were ‘literally me around that table, just fighting’, describing them as ‘incredibly uncomfortable every single time’.

He later claimed that he was never opposed to lockdowns, despite his piece heavily suggesting he was.

But SAGE scientists hit back and accused him of passing the buck, arguing that ministers are the ones who make decisions, and it is ‘not the fault’ of experts that ministers failed to source wider advice.

Mr Sunak also boasted last month that he flew home from California to personally block another lockdown during the winter Omicron wave.

He added that it ‘reads like a man whose [epically] bad campaign has melted his brain [and] he’s about to quit politics’. 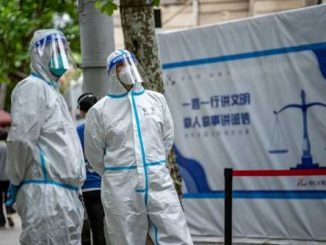