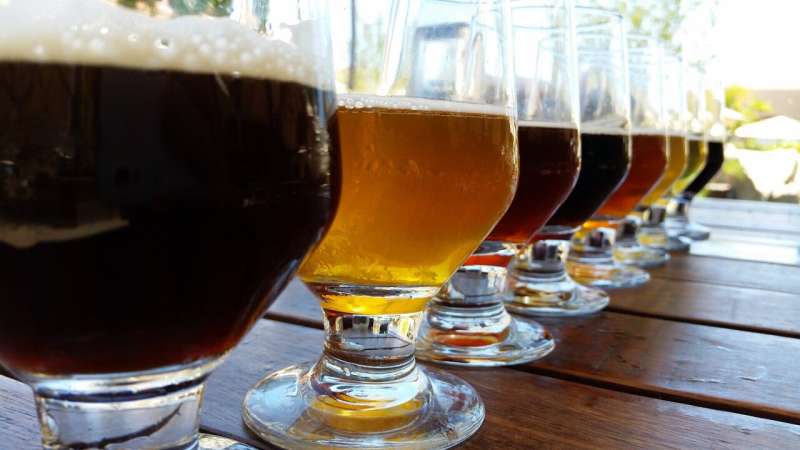 Binge drinking is the most common, costly and deadly pattern of excessive alcohol use in the U.S., according to the U.S. Centers for Disease Control and Prevention.

Defined as consuming five or more drinks in a 2-hour period for men or four or more drinks for women, binge drinking is associated with numerous health problems in adults, including increased violence, accidental injuries and death, impaired memory and increased risk for cancers, heart disease and other chronic conditions.

How binge drinking affects adolescents, especially the adolescent brain, which is still developing, has not been well-understood.

Now a University at Buffalo research team has published a preclinical study demonstrating the powerful effect that binge drinking has on the brains of adolescent rats. It also found that even low and moderate amounts of alcohol can significantly impact brain function.

The paper was published May 14 in the journal Metabolic Brain Disease.

Mapping alcohol’s effects in the brain

Prior research has suggested that alcohol exposure during adolescence can lead to the development of various health risks, such as addiction, depression and brain trauma, in adulthood.

“To this end, we wanted to understand how adolescent binge drinking changes brain function and brain connectivity, the ability of different regions in the brain to interact,” said Panayotis K. Thanos, Ph.D., senior author and senior research scientist in the Department of Pharmacology and Toxicology in the Jacobs School of Medicine and Biomedical Sciences at UB.

“To do this, we examined glucose utilization,” he explained. “By mapping the utilization of glucose throughout the brain, we can get an idea of how binge drinking changes brain functioning and where in the brain these changes take place. We can then use these data to learn more about future alcohol-induced neurological or psychiatric dysfunction in adulthood.”

The researchers focused on glucose metabolism in the brain because it is the brain’s major source of energy.

To determine how acute ethanol binge drinking affected glucose metabolism in the adolescent brain, the researchers conducted positron emission tomography (PET) scans on rats that were provided with an alcohol/water drinking solution.

The study found that all levels of alcohol consumption—low, moderate and high—decreased blood glucose metabolism in the primary somatosensory cortex and visual cortex, which are key to processing sensory and visual information, as well as executing motor functions.

He said the data also provide a circuit map of the brain’s functional response to binge drinking that will be important targets for the future study of chronic effects of binge drinking.

The UB study is the first animal model of adolescent binge drinking that features simultaneous imaging of the brain in the animal while awake. “That’s important because, for obvious reasons, we cannot feasibly study the acute brain effects of underage drinking in the human population,” said Thanos.

Also of interest was what the study revealed about how low and moderate amounts of alcohol consumption affected the adolescent brain.