Asthma deaths are the highest they have been for a decade, statistics show.

Data from The Office for National Statistics (ONS) reveals fatalities from the common lung condition have risen by more than a third over the past 10 years.

Experts blame a lack of basic care, with 2.9 million (60 per cent) patients in England and Wales missing out on the annual review they are entitled to.

A Coroner ruled this contributed to the deaths of a nine and 10-year-old, who were seen by the NHS dozens of times between them, but never received an action plan on how to manage their condition.

Others point the finger at climate change, with extreme hot and cold weather triggering wheezing, breathlessness and a tight feeling in the chest. 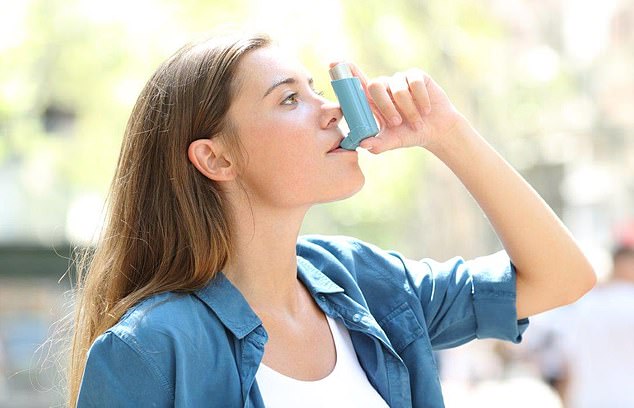 Asthma deaths are the highest they have been for a decade, statistics show (stock)

One in 12 adults (4.3 million) and one in 11 children (1.1 million) in the UK are being treated for asthma, Asthma UK statistics show.

And in the US, one in 13 people have the lung condition, according to the Centers for Disease Control and Prevention.

More than 12,700 people died from an asthma attack in England and Wales in the past decade, the ONS data shows.

The figures also show an increase in the number of men dying from the condition, with 436 men passing away last year compared to 370 in 2017.

Among the 35-to-44 age group specifically, there has been a 42 per cent rise in the number of asthma deaths in the past year.

The South East of England seems to be the worst affected. The number of fatalities rose by nearly a quarter (24 per cent) from 191 in 2017 to 237 last year.

Asthma UK claims 2.9 million (60 per cent) patients in England and Wales are not receiving basic care as recommended by national guidelines.

Every asthma patient is entitled to an annual review with a GP or specialised nurse.

During these sessions, a patient’s inhaler technique is checked and they are given a written action plan on how to manage their condition.

The National Review of Asthma Deaths (NRAD), which was commissioned by the NHS and Department of Health five years ago, found that two-thirds of asthma deaths could have been prevented by better basic care.

HOW TO USE AN INHALER CORRECTLY

There are many different types of inhalers, with metered dose varieties being the most common.

To use one of these correctly:

While asthma deaths among children are rare, there has been a few cases of young patients who have died in recent years because they failed to get the care they needed.

Michael Uriely died aged nine in August 2015, after being hospitalised 11 times in just seven months over his asthma.

She had been seen by the NHS 48 times in her life and endured at least 10 asthma attacks.

In both cases, the Coroner identified the children did not have a written asthma action plan, which contributed to their deaths.

Kay Boycott, chief executive of Asthma UK, said: ‘It is completely unacceptable that thousands of people with asthma in England and Wales have died needlessly from asthma attacks.

‘The same mistakes are being made again and again because essential recommendations have not been implemented.

‘This lack of action is costing lives and devastating families and communities.

‘The NHS must act now to ensure everyone with asthma in England and Wales gets basic asthma care. The NHS needs to ensure that all healthcare professionals are providing this care to patients.’

‘This is because cold or damp air can enter the airways and trigger them to go into spasm, causing symptoms like coughing, wheezing, shortness of breath and tightness in the chest.

‘Hot weather can also trigger asthma symptoms though scientists don’t yet know why.

‘One theory is hot weather tends to occur at the same times as high pollen levels so pollen particles, a known asthma trigger, stay in the air longer.

‘Pollutants, which also trigger asthma, are more prevalent in the air when the weather is calmer and less windy.’

‘But one third of childhood asthma cases are linked to air pollution. It’s [therefore] clear a big part of this challenge cannot be met by the NHS alone.’

A mother has revealed how her eight-year-old son died following an asthma attack.

The now 49-year-old helped him use his reliever inhaler, however, the youngster collapsed.

Bailey, who is survived by his twin Mason, was treated in hospital for an hour, but doctors were unable to save him. 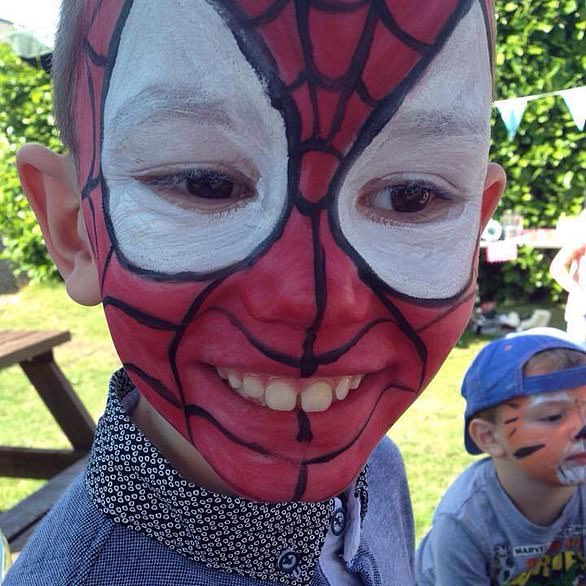 Bailey (pictured) died following an asthma attack in March 2017. He came home from school complaining of feeling breathless, only to collapse and die in hospital

‘Bailey was such a kind, loving son’, Ms Davis said.

‘His asthma was mild and it didn’t get in the way of him doing the things that he loved but in March 2017 everything changed.

‘He came into my room and said, ‘mummy, I can’t breathe properly’. 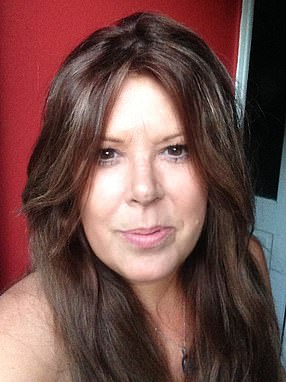 Bailey’s mother Nicki Davis (pictured) performed CPR while an ambulance was called. However, he could not be saved

‘I helped him take a couple of puffs of his reliever inhaler but suddenly, like a flick of a light switch, he collapsed.’

Ms Davis screamed and tried to perform CPR, while a friend called 999.

‘The paramedics were working on him for over an hour, but they couldn’t revive him in hospital,’ Ms Davis said.

‘Bailey died in front of me, at just eight years old.’

Ms Davis is campaigning to raise awareness of the seriousness of asthma.

‘It’s appalling in this day and age people are still dying from asthma,’ she said.

‘How many more lives have to be cut short before people realise how serious asthma can be?

‘Everyone with asthma should get basic asthma care to keep them well.

‘It could save lives.’

A woman lost her sister to an asthma attack, leaving behind her baby boy.

Dominique, whose son Kayden-James was five months old at the time, was hospitalised three times in 2016 alone.

She was found collapsed nearly two years ago and never came around. 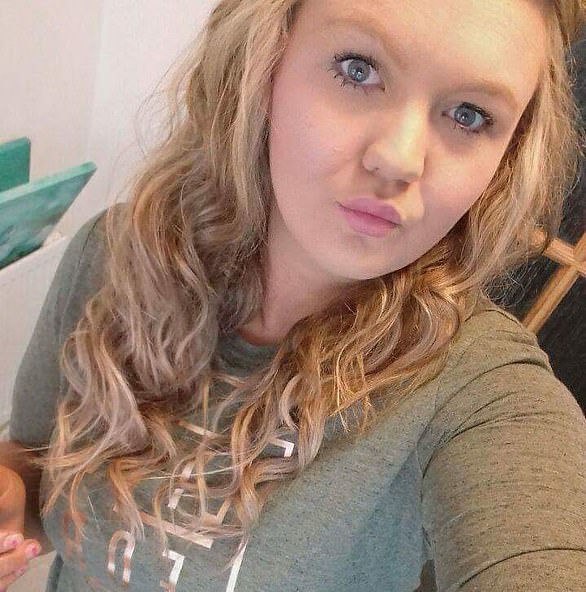 Dominique (pictured) died aged 19 from an asthma attack in June 2017, leaving behind her then five-month-old son Kayden-James. She was hospitalised three times in 2016

‘I’ll never forget the day I received a panicked call from my dad telling me to get to the hospital urgently,’ Ms Hornsey said.

‘Dominique had collapsed on the stairs with an asthma attack, and our grandmother who lives with her had done CPR and called an ambulance.

‘But Dominique never regained consciousness and died in hospital.’

‘One day we were planning to go to the park with our children, the next her life had been snatched away,’ she said.

‘The fact that she died leaving little Kayden-James without his mum was utterly heartbreaking.

‘Too many lives are still being cut short by asthma. What will it take for people to realise asthma is serious and can be fatal?’