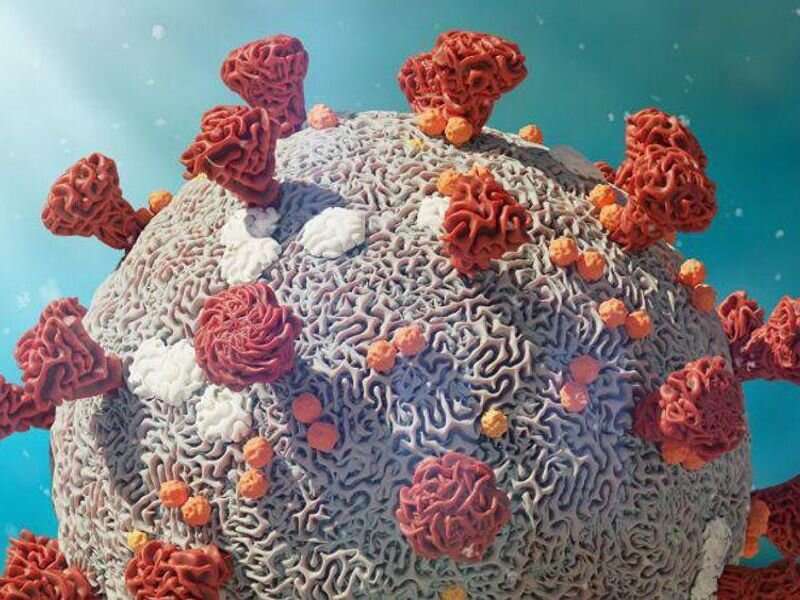 (HealthDay)—The Omicron variant could prompt a reshuffling of the way doctors treat COVID infections in the United States, and antiviral pills will likely lead the way in that redoubled effort, Harvard experts say.

New antiviral pills developed by Merck and Pfizer are expected to remain effective against the Omicron variant, mostly because they interfere with the ability of the coronavirus to replicate itself rather than its ability to infect human cells, the researchers noted during a media briefing this week.

“They target parts of the virus that are more sort of stowed away from the immune system,” explained Dr. Jonathan Abraham, an assistant professor of microbiology at Harvard Medical School in Boston.

Unfortunately, Omicron’s mutations also mean that the current best treatments for the Delta variant—monoclonal antibodies—will likely lose their effectiveness against the new strain.

“It does seem like the variant is able to essentially mess up those antibodies’ ability to neutralize the virus, so we’re going to reformulate some of those antibodies to make them more effective against the Omicron variant,” said Stephen Kissler, a postdoctoral infectious disease research fellow with the Harvard T.H. Chan School of Public Health.

After surfacing in South Africa in late November, the Omicron variant of COVID has already been found in 21 U.S. states, according to data from the U.S. Centers for Disease Control and Prevention.

At this point, the highly infectious Delta variant still accounts for 99% of COVID cases in the United States, but the Harvard experts anticipate that Omicron’s even greater infectiousness means it will eventually become the dominant strain here.

Antiviral pills should work against Omicron

“I do actually expect Omicron to displace Delta in the coming weeks,” Kissler said. “The time frame for that is going to vary quite a bit. In places that have already started to see an increase in transmission, I think within the next six to eight weeks is probably reasonable.”

Vaccines—and, for that matter, natural immunity—create antibodies that go after COVID’s spike protein, the part of the virus that allows it to enter human cells.

Infectious disease experts are worried about Omicron because it has developed more than 30 mutations in its spike protein, which could help the coronavirus evade vaccine-induced or natural immunity.

“The data suggests this is a more transmissible virus with significant degrees of immune escape that are going to render the vaccines less effective and many or most of the monoclonal antibodies ineffective,” said Dr. Jacob Lemieux, an instructor in medicine at Harvard Medical School and Massachusetts General Hospital.

But the Merck antiviral pill molnupiravir and the Pfizer’s antiviral pill entry Paxlovid both work by messing with the coronavirus as it attempts to replicate itself.

“The copy machine for the virus becomes more sloppy,” Abraham explained. “That eventually allows the virus to make so many mistakes that the virus is no longer functional.”

Merck has said its pill can reduce the risk of hospitalization and death from COVID by 30%. An advisory panel of the U.S. Food and Drug Administration voted 13-10 last week to approve the drug. Word on an emergency use authorization is expected any day now from the agency.

Pfizer set to seek approval of its antiviral pill soon

Paxlovid is a protease inhibitor, a type of antiviral drug also used to treat HIV. It inhibits the action of an enzyme that the coronavirus needs to replicate itself, slowing and eventually stopping its spread.

Both drugs could be prescribed and taken at home, and so have been compared to Tamiflu.

Omicron’s mutations don’t mean that monoclonal antibodies are completely out of the picture, but they will need to be re-engineered to take into account the new ways that the variant can evade immunity, Abraham said.

It’ll likely take three to six months to create monoclonal antibodies that have been adapted to deal with Omicron, Abraham noted.

There is one concern with molnupiravir—that by causing the coronavirus to create flawed copies, the drug might actually prompt the evolution of even worse mutations in COVID.

If the drug is approved, people will need to take it precisely as directed to ward off that possibility, Abraham said.