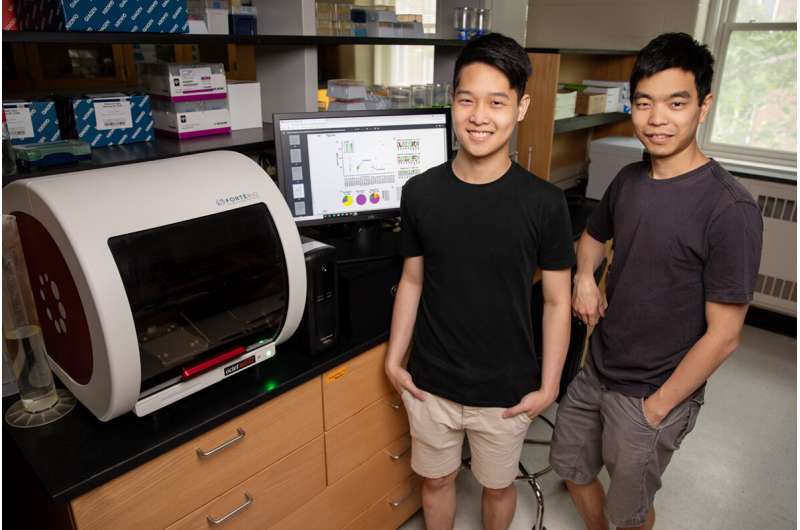 People infected with the original strain of the virus that causes COVID-19 early in the pandemic produced a consistent antibody response, making two main groups of antibodies to bind to the spike protein on the virus’s outer surface. However, those antibodies don’t bind well to newer variants, a new study from the University of Illinois Urbana-Champaign found.

Characterizing what kinds of antibodies the body is most likely to make to fight a natural infection is an important roadmap for vaccine design, says study leader Nicholas Wu, an Illinois professor of biochemistry. His research team published its findings in the journal Nature Communications.

“Antibody response is quite relevant to everything from understanding natural infection and how we recover from infection to vaccine design. The body has the capability to produce diverse antibody responses—it’s estimated we could make a trillion different antibodies. So when you see people are making quite similar antibodies to a particular virus, we call it convergent antibody response,” Wu said. “That means we can design vaccines trying to elicit this kind of antibody response, and that is probably going to improve the responsiveness of more individuals to the vaccine.”

The researchers mined published papers about COVID-19 patients for data about the sequence of the antibodies they produced. They focused on antibodies against the spike protein, the part of the virus that binds to receptors on human cells to infect them. The spike protein is the target of most vaccines.

They found that many antibody sequences converged into two main groups, indicating a consistent human immune response to the virus, said graduate student Timothy Tan, the first author of the study.

“We really focused on characterizing the antibodies created in those infected with the original strain of the virus,” Tan said. “Before we started the study, variants weren’t much of a problem. As they emerged, we wanted to see whether the common antibodies we identified were able to bind to newer variants.”

The researchers studied the convergent antibodies’ ability to bind to several variants and found that they no longer bound to some. The finding has implications for the ability of new variants to reinfect people who contracted earlier versions of the virus, as well as for the continuing efficacy of vaccines and the design of possible vaccine boosters, Wu said.

“Even though this antibody response is very common with the original strain, it doesn’t really interact with variants,” Wu said. “That, of course, raises the concern of the virus evolving to escape the body’s main antibody response. Some antibodies should still be effective—the body makes antibodies to many parts of the virus, not only the spike protein—but the particular groups of antibodies that we saw in this study will not be as effective.”

The researchers said they would like to conduct similar studies characterizing antibody responses to delta and other variants, to see whether they also produce a convergent response and how it differs from the original strain.