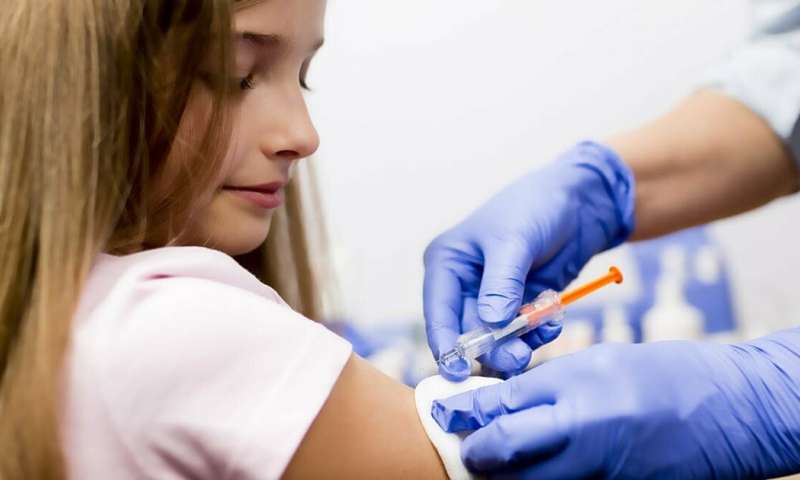 As measles outbreaks spread across the U.S., our new look at how information about vaccine safety and reliability spreads online suggests that the tide may be turning against the anti-vaccination movement.

Between Jan. 1 and March 28, 387 people contracted measles in 15 U.S. states. Mumps is also coming back, with 151 infections in just the first two months of 2019. Both of these dangerous and deadly diseases can be prevented by getting the MMR vaccine, which is so safe and effective, and so widely used, that measles was declared eliminated from the U.S. in 2000. But more recently, new outbreaks have struck areas with large pockets of unvaccinated people.

Many states allow parents not to vaccinate their children if they have religious or philosophical beliefs against immunizations. Online disinformation campaigns are spreading false claims about vaccine dangers, boosting the numbers of people seeking those exemptions – and inviting disease into their homes and communities.

Our research lab has spent years tracking the spread of misinformation on social media, including about vaccine safety and effectiveness. Our most recent update of the data has found that pro-vax information and activity is beginning to push back against, and even overtake, anti-vax disinformation.

Mapping the spread of vaccine (mis)information

In 2016, we mapped the online debate around a 2015 California bill that eliminated the personal-belief exemption to mandatory vaccination rules. We found that several of the most-retweeted accounts using the bill’s main hashtag #SB277 were highly automated, appearing to come from bots.

Two years later, other researchers revealed that some of those accounts belonged to the same Russian trolls that influenced the 2016 U.S. presidential election. Those now-suspended accounts tweeted both pro- and anti-vaccine messages to stoke discord.

We recently updated this work, looking at vaccine-related Twitter hashtags between September 2016 and September 2018, to see how the vaccine debate continues to play out.

We took a random sampling of 10 percent of the public tweets during that time period. We identified 41,998 posts containing the most popular pro- and anti-vax hashtags. We then classified the 27,590 accounts that generated those tweets as pro-vax (blue) or anti-vax (green) based on whether each one used more hashtags from one side or the other.

We used retweets to visualize the diffusion of vaccine information. A node represents a Twitter account; a link from @alice to @bob indicates one or more vaccine-related retweets of @alice by @bob. We then mapped the largest network of connected accounts for each of four six-month intervals. The two communities of pro- and anti-vax information are quite segregated in the network, indicating that the accounts in one group do not generally retweet messages from the other. In the last year, however, we observe some blue nodes connected to the green clusters, suggesting that pro-vax information is beginning to penetrate the anti-vax community.

Accounts likely controlled by bots are depicted as red nodes in the network. They are prominent on both sides of the online discussion: Consistent with prior research findings, bots share both pro- and anti-vax content.

Our analysis reveals the most influential accounts on each side – the accounts whose tweets are retweeted the most. On the pro-vax side are organizations like @WHO, @UNICEF and @gavi, the Vaccine Alliance, as well as celebrity advocate @ChelseaClinton and pediatrician @luciapediatra.

On the anti-vax side, one account dominates all the others: @LotusOak, which gave as its full name “Vira Burnayeva.” That account was suspended by Twitter in late 2018 or early 2019. Interestingly, another account @ViraBurnayeva (full name “LotusOak”) that posts similar anti-vax misinformation and propaganda is currently among the most influential anti-vax nodes. The names suggest this account is controlled by the same source, illustrating how easy it can be to circumvent social media companies’ efforts to curb vaccine misinformation.

We have found some possible signs of good news: Initially most of the information on Twitter was dominated by people who opposed vaccinations. But in 2017, the scenario appears to have reversed: Anti-vaccine content is now shared only by a minority of users. 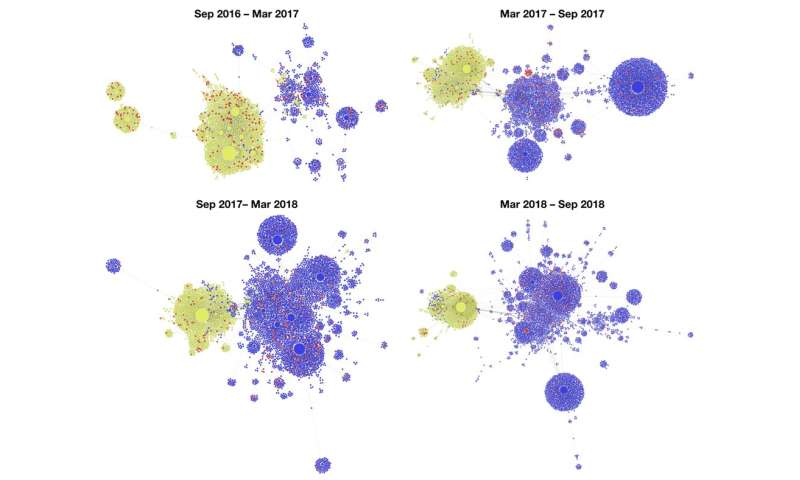 If that preliminary finding is confirmed by other research, it could provide evidence that the combined efforts of social media platforms, health organizations, public policy campaigns and grassroots advocacy may eventually overcome anti-vax junk science.

Who profits from vaccine opposition?

The modern anti-vax movement is still around, at least in part, because it makes money. It originated from a disproven, false claim about a link between vaccines and autism in a fraudulent, retracted 1998 paper by British gastroenterologist Andrew Wakefield. Reportedly driven by financial profit motives, Wakefield falsified data and allegedly abused developmentally delayed children.

His U.K. medical license was revoked in 2010 for unethical behavior, misconduct and dishonesty. But he continues to oppose state bills against vaccine exemptions and profit from promoting anti-vax disinformation, including through his propaganda film “Vaxxed,” which is available on popular streaming platforms.

Others profit from spreading this misinformation, too. For example, InfoWars and Natural News discredit medical science while earning money from the sale of alternative medicine products. The disinformation spreads quickly on social media through a well-connected network of activists and concerned parents.

When enough parents in a specific local community are misled into forgoing vaccination of their children, that area’s vaccination rate falls below the level necessary to confer what is called “herd immunity” on the entire population. For measles, 96 percent or more of a population need to be vaccinated to protect everyone.

Some of the parents may be making their decisions based on what they learn online about vaccination.

On the legislative agenda

Much of this online activity appears to relate to debate in the real world. For instance, many of the tweets refer to legislation or other policy discussions. And there is a fair amount of disagreement in the political world.

At the moment, almost all states grant religious exemptions and 17 states allow parents to refuse vaccinations on philosophical grounds. Congress is studying the issue.

Some states, like Arizona, are working to expand those exemptions, although the state’s governor has vowed to veto such bills.

Other states are pushing in the opposite direction: Mississippi doesn’t have a religious exemption and has rejected attempts to create one. Washington is considering a bill that would grant exemptions only to parents of children with religious or medical reasons to refuse immunizations, much like California’s SB277 did. Rockland County, New York, has banned unvaccinated minors from public places to curtail the spread of disease.