The most recently detected severe acute respiratory syndrome coronavirus 2 (SARS-CoV-2) variant of concern (VOC) is the Omicron variant, which was first detected in South Africa on November 9, 2022, after which it rapidly spread throughout the world. The Omicron variant is capable of escaping both infection- and vaccine-induced immunity due to several mutations in its spike protein. 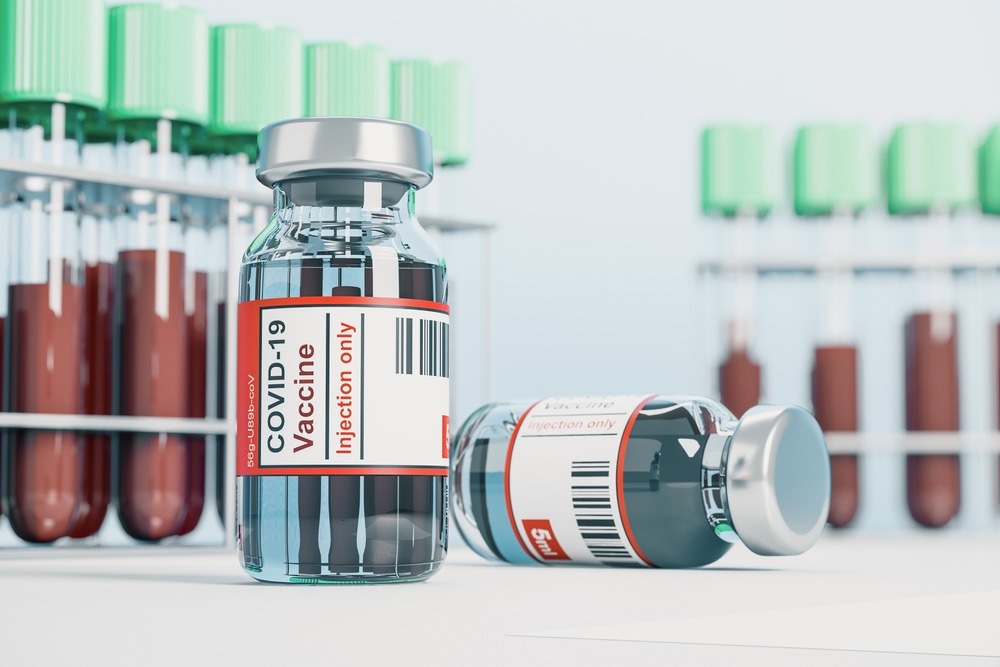 Study: Relative Effectiveness of COVID-19 Vaccination with 3 Compared to 2 Doses Against SARS-CoV-2 B.1.1.529 (Omicron) Among an Australian Population with Low Prior Rates of SARS-CoV-2 Infection. Image Credit: Golden Dayz / Shutterstock.com

The SARS-CoV-2 Omicron variant was first detected in Australia on November 23, 2022. Since Australia had maintained strict border control and quarantine measures from the beginning of the pandemic through November 1, 2022, most of its population was infection naive by the time Omicron had arrived.

Despite low infection rates, Australia achieved a very high vaccination rate against the coronavirus disease 2019 (COVID-19), with about 85.5% of people over the age of 16 years who had received at least two doses of the vaccine by the time Omicron was first detected in this nation.

In a recent The Lancet preprint, researchers aim to compare and estimate relative vaccine effectiveness (rVE) in people who received three doses of the COVID-19 vaccine as compared to those who received two vaccine doses. The current study also analyzed the impact of previous infection on VE in an almost infection naive population.

The current study included individuals who were 40 years or older and resided in the Greater Sydney Area. Demographic information, as well as information on vaccination status, previous SARS-CoV-2 infection, hospitalization, and deaths were also collected.

COVID-19 diagnosis was made either by reverse transcription-polymerase chain reaction (RT-PCR) assay or rapid antigen test (RAT). The notification for SARS-CoV-2 infection, along with the method of diagnosis and death, was recorded in the Notifiable Conditions Information Management System (NCIMS).

The researchers then examined two outcomes including infection with SARS-CoV-2 based on the NCIMS notification, as well as SARS-CoV-2-related hospitalization or death.

Individuals who received three vaccine doses were more likely to be older than those who received two doses, have a comorbidity, have a higher socioeconomic status, and were mostly women.

The rVE of a third vaccine dose was better as compared to two doses against severe disease, along with hospitalization and death rates during the first eight to 89 days. Moreover, the rVE of dose three against dose two in regards to deaths and hospitalizations was lower for individuals who were between 40 to 64 years of age as compared to individuals who were 65 years or older, as well as those with comorbidities.

No difference in vaccine effectiveness was observed among individuals who were between 50 to 69 years of age and received either BNT162b2 or ChAdOx1 vaccine as their primary vaccination course.

The current study demonstrated that the protection conferred by vaccines wanes several months after receiving a second dose; however, it can be restored by a third booster dose during the Omicron period. A third vaccine dose could also prevent severe disease, hospitalizations, and deaths due to COVID-19.

Individuals previously infected with the SARS-CoV-2 Delta variant who had also received two vaccine doses were better protected against the Omicron variant as compared to uninfected and vaccinated individuals. Further analysis of vaccine effectiveness is needed to account for the different characteristics of each population, evolving immunity due to infection with different SARS-CoV-2 variants, and different vaccine doses.

Preprints with The Lancet / SSRN First Look publishes preliminary scientific reports that are not peer-reviewed and, therefore, should not be regarded as conclusive, guide clinical practice/health-related behavior, or treated as established information.