The slow-cooker is undoubtedly a multi-purpose kitchen appliance, but one of its strengths is soup. Combine ingredients in your slow-cooker before you leave for work, then let everything cook and stew together for hours and you’ll come home to a balanced, flavor-packed, piping-hot slow-cooker soup. It’s almost too easy if you know what I mean.

If you’re looking to squeeze in a few more slow-cooker soups before the weather gets warm—which, let’s be honest, could be months from now depending on where you live—we’ve rounded up a list of various recipes you should try. Some are meat-filled, while others are vegetarian. Some are broth-based, while others have heartier bases made with cream or peanuts. The one thing they all have in common? Maximum satisfaction for minimal effort. The next time you hit the grocery store, pick up the ingredients for at least one of these slow-cooker soup recipes. And, if you’re left with extra servings, go ahead and freeze them for grab-and-go lunches. 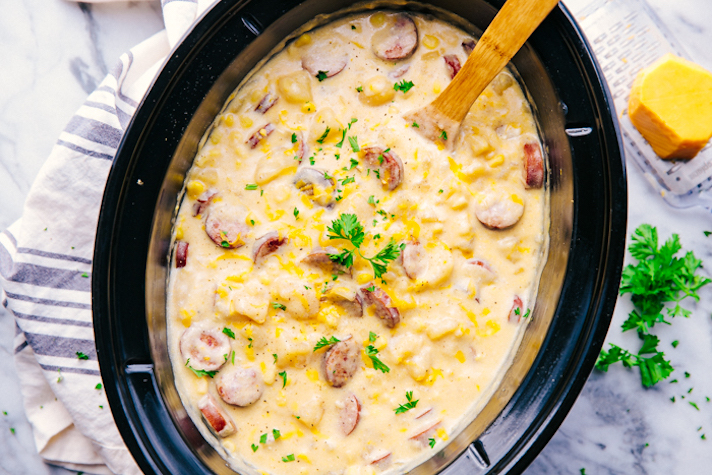 Soup can be a great light meal. It can also be a really hearty, decadent one, as this sausage and potato soup proves. 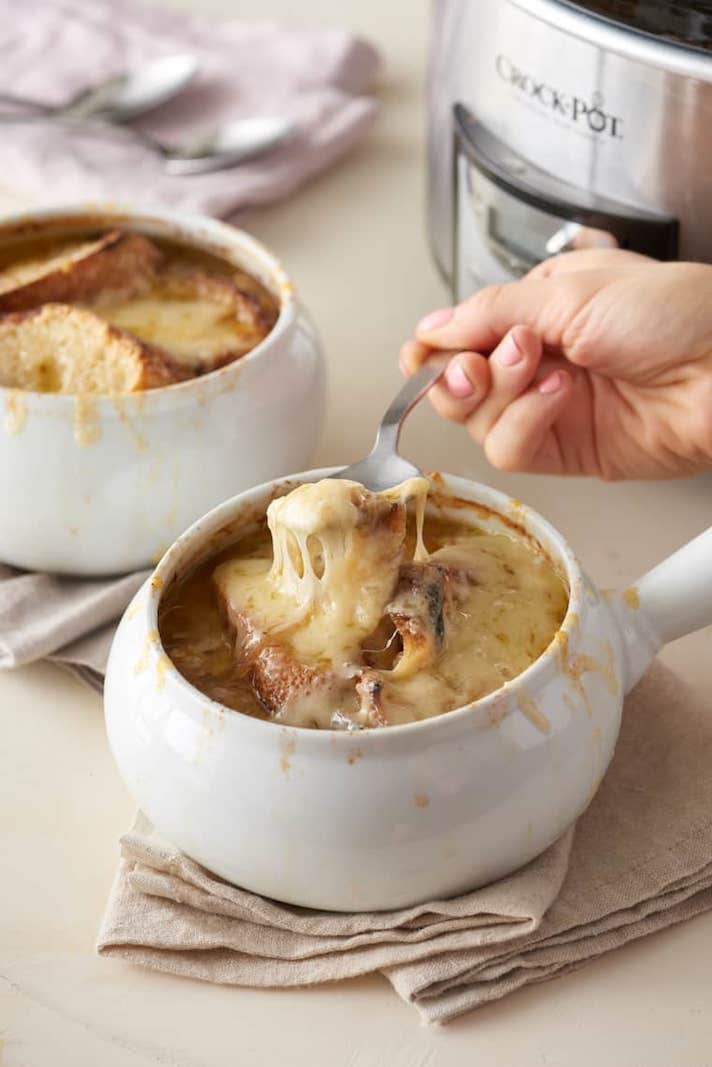 Honestly, French onion soup is more about the cheesy bread topping than the soup itself. Still, this slow-cooker version makes the whole thing easier. 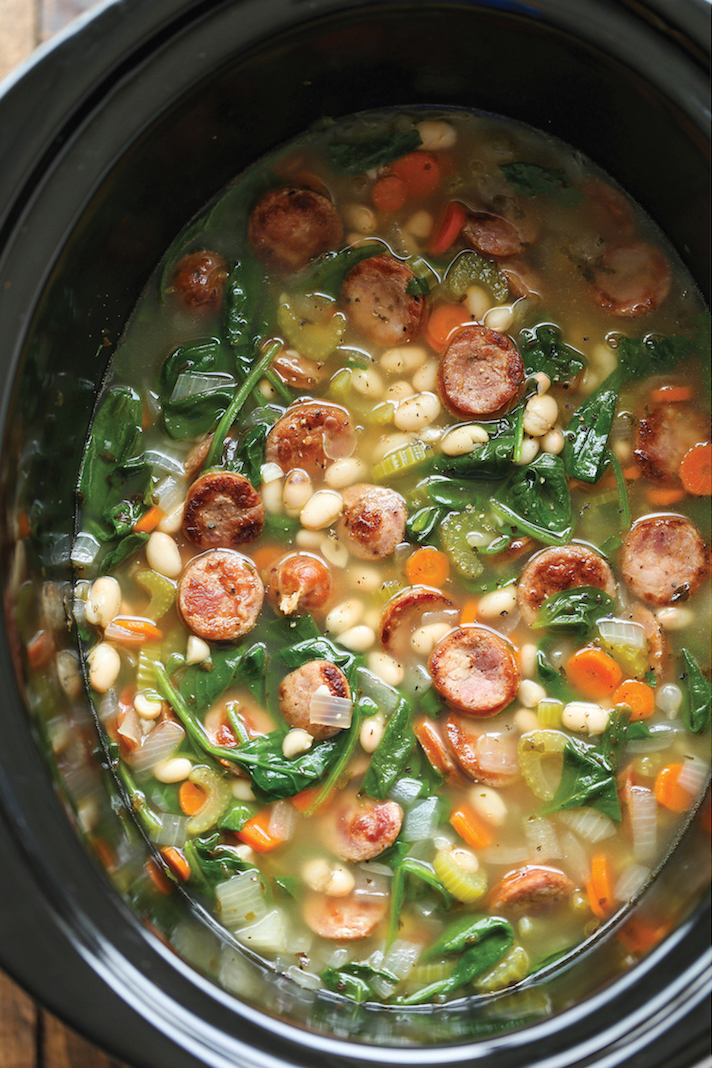 This veggie and fiber-packed sausage and white bean soup is healthy and filling, with a ton of flavor from just a bit of sausage.Ω 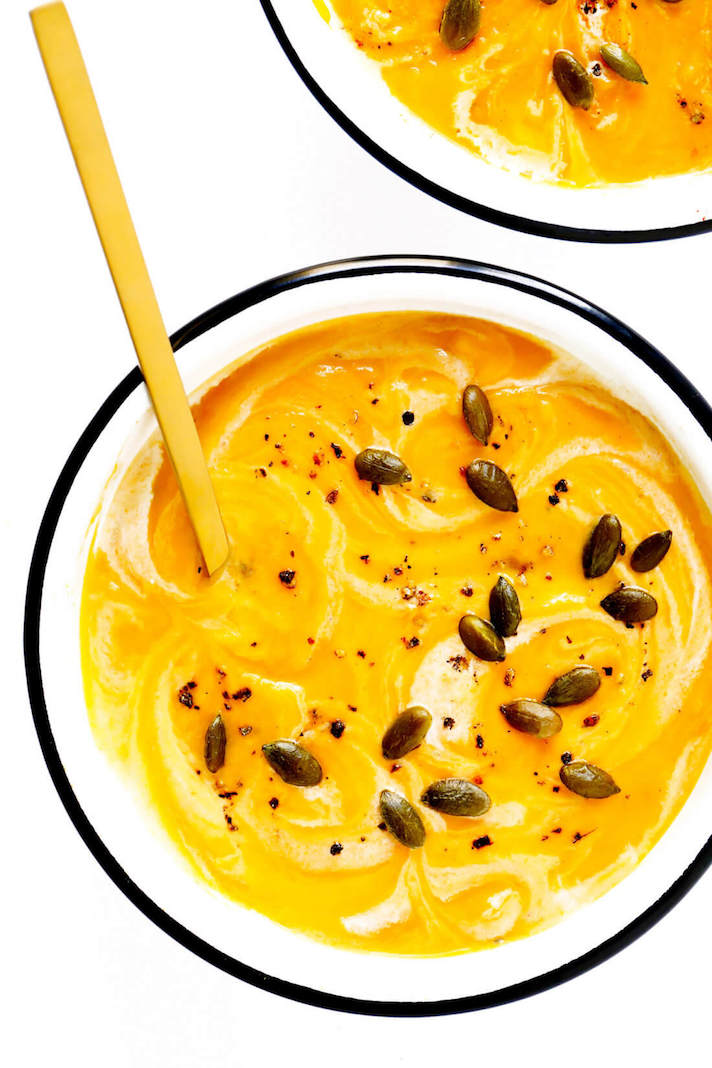 Pureed butternut squash is super creamy, but also packed with earthy sweetness. No matter the season, this soup will warm you right up. 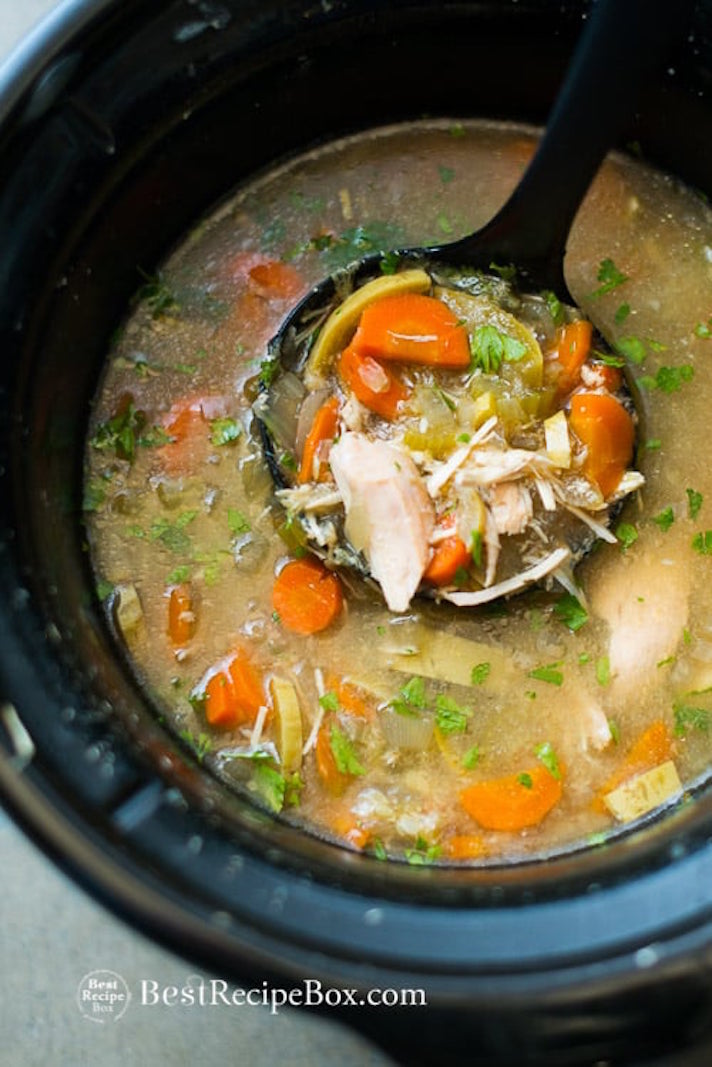 Nothing cures a cold and warms the soul like chicken soup. 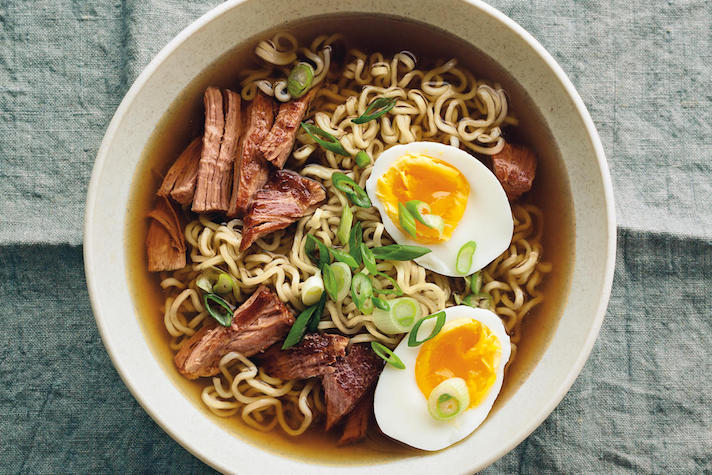 OG ramen takes several days and many steps. This slow-cooker pork ramen may not have quite the flavor complexity of the original, but the fact that you only need to do a half-hour of work (then wait nine hours for your slow-cooker to do the rest) is unbeatable. 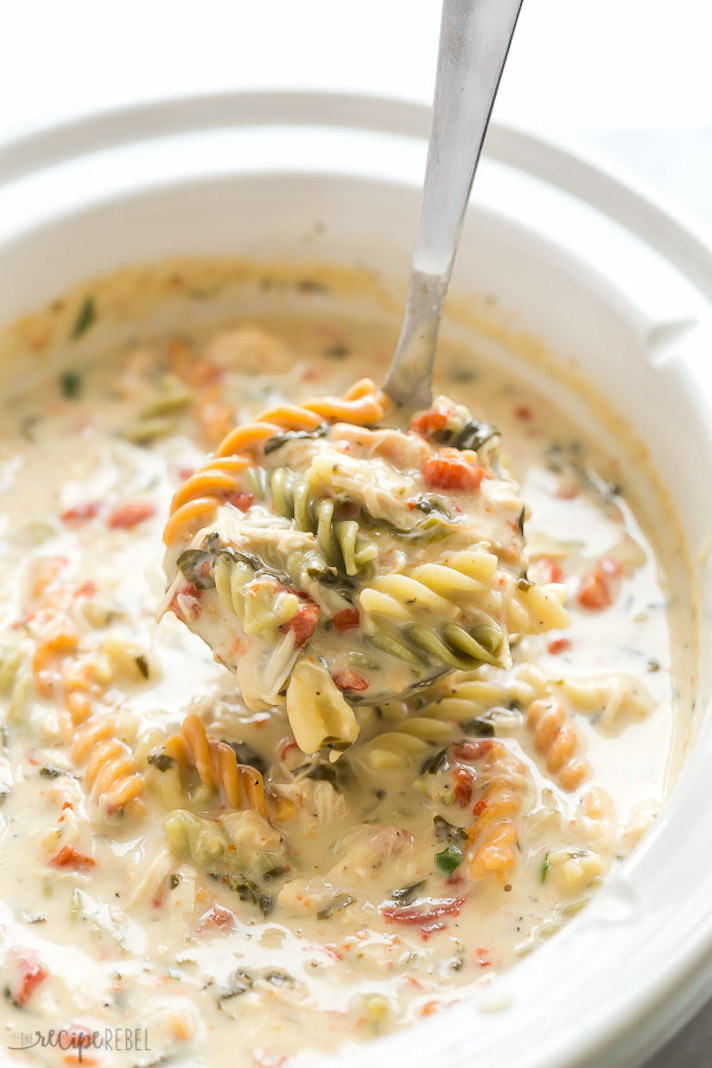 Regular old chicken soup is great, but sometime you just gotta throw cream and noodles into the mix. 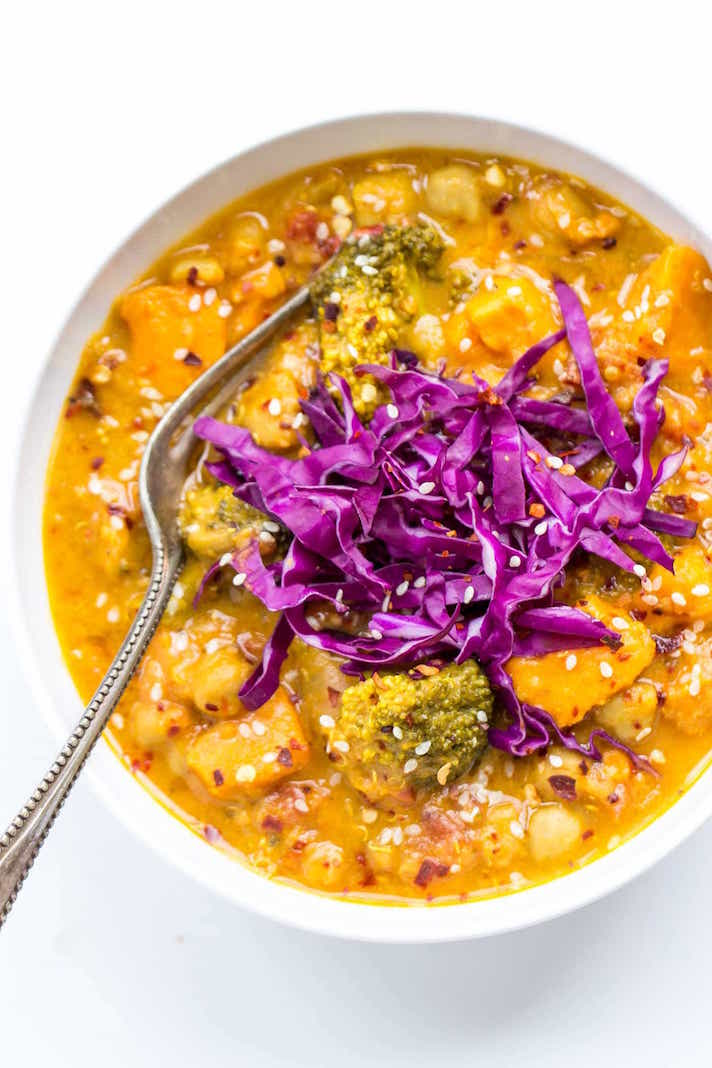 This coconut-y curry is a cross between soup and stew, which means it stands alone as a heart dinner, or reheatable lunch. 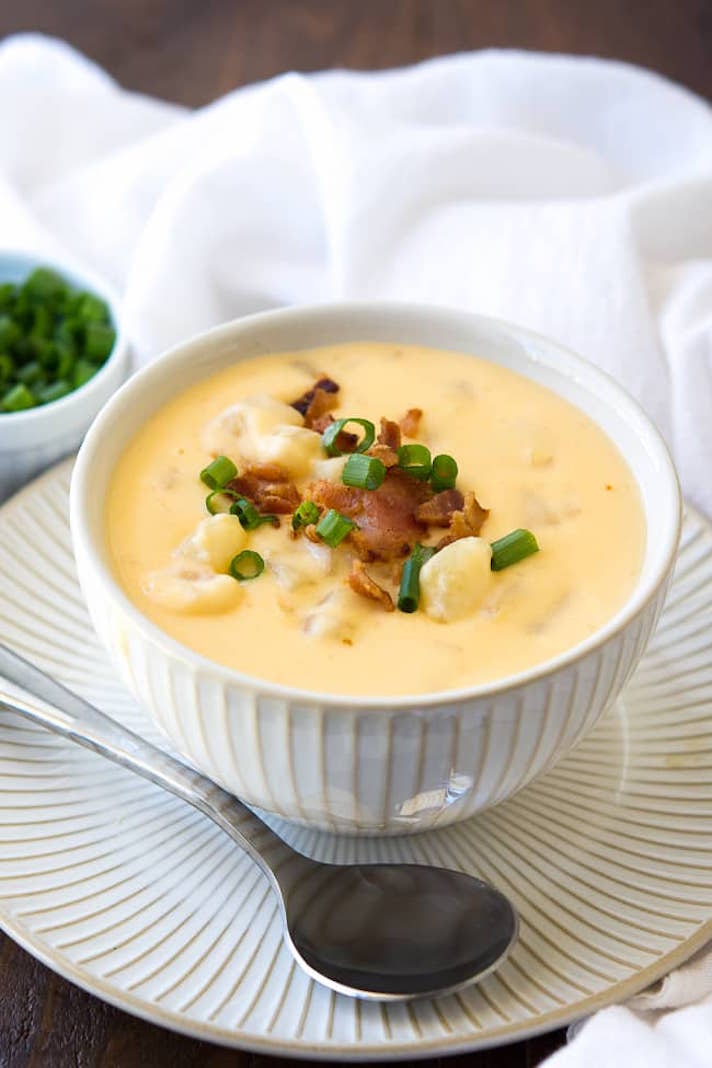 Love a good loaded baked potato? Try it in soup form instead. 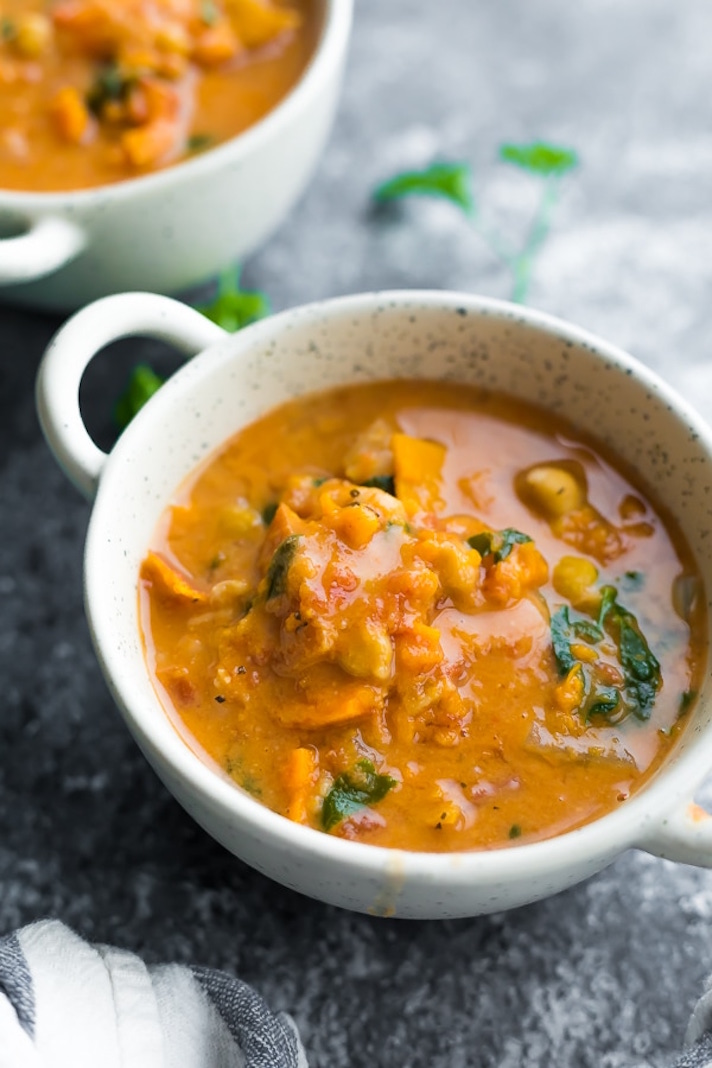 This peanut stew is packed with flavor and healthy fats, and makes a great alternative to plain broth-based vegetable soups. 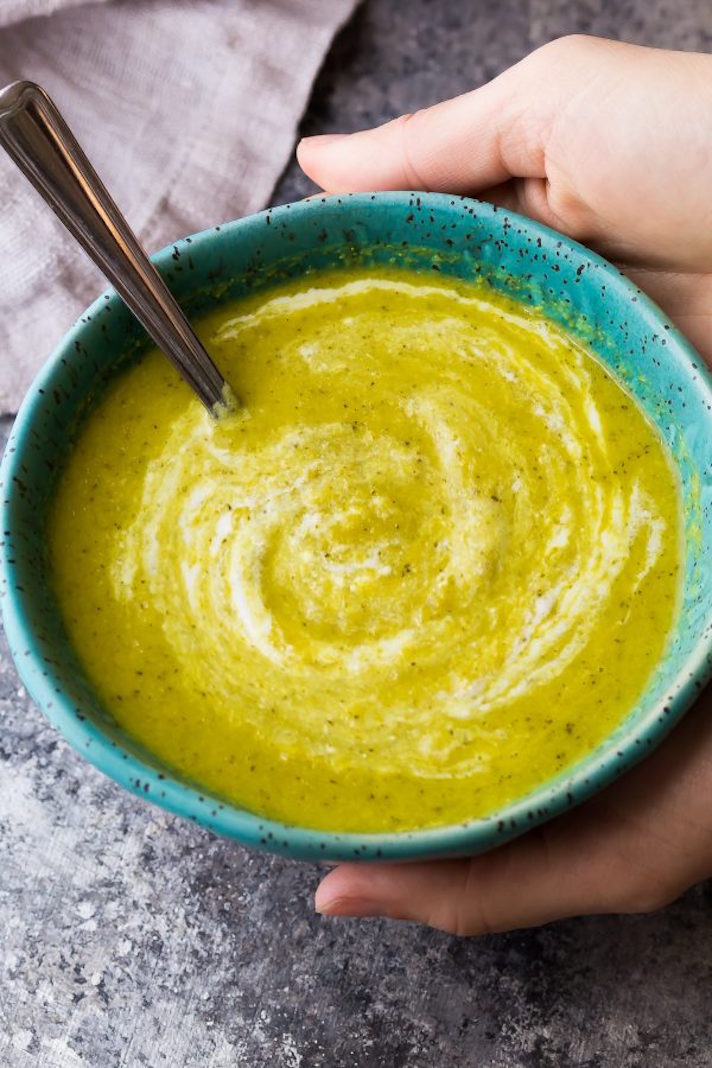 Essentially a smoothie in soup form, this turmeric soup packs tons of nutrients for fighting off cold-weather ailments. 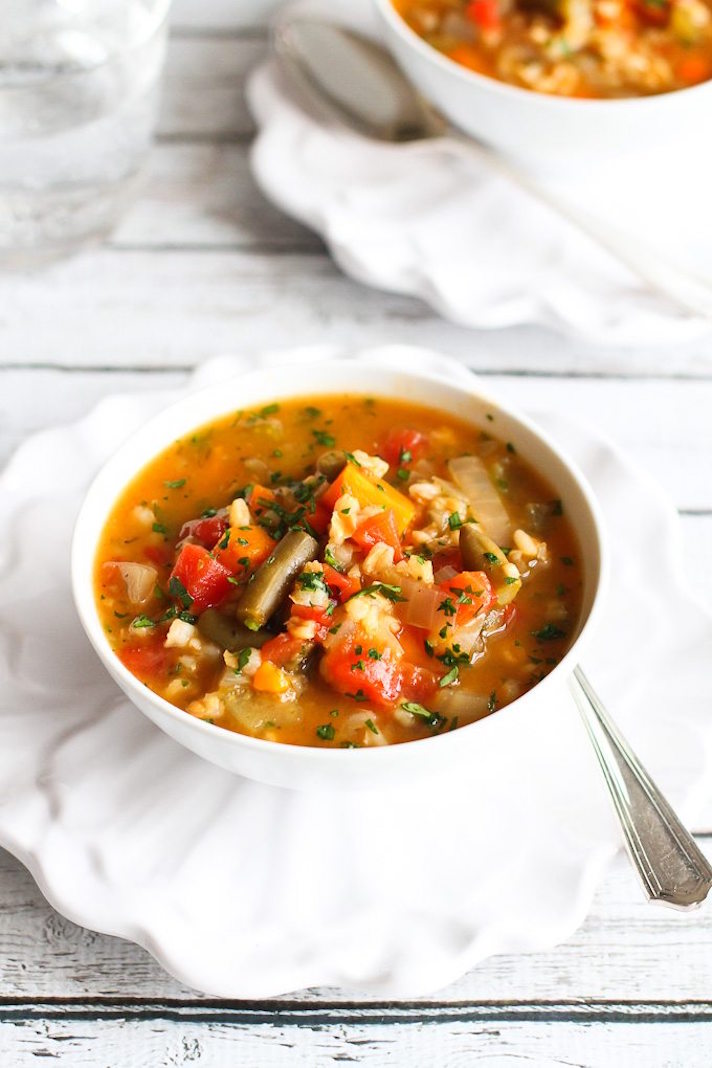 Instead of noodle soup, try barley soup. The whole grain is super chewy, and easy to find at any supermarket. 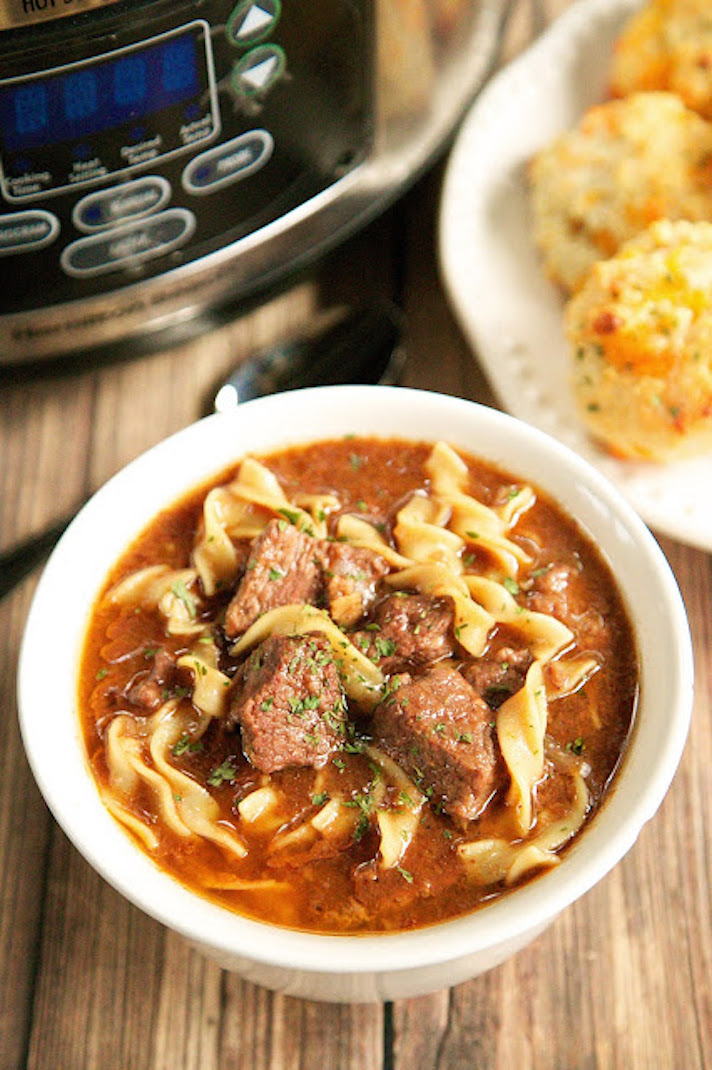 Forget beef stroganoff—steak soup is where it’s at. 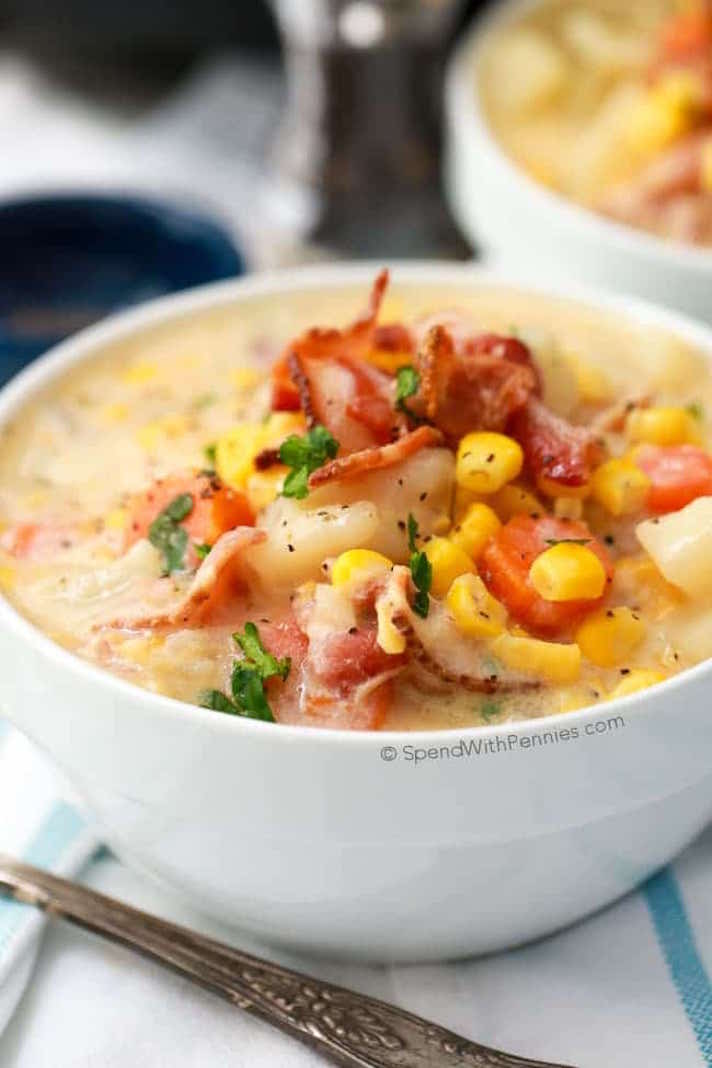 Chowder may be more of a summer thing, but grab a bag of frozen corn and this bacon-and-corn magic is possible any time of year.