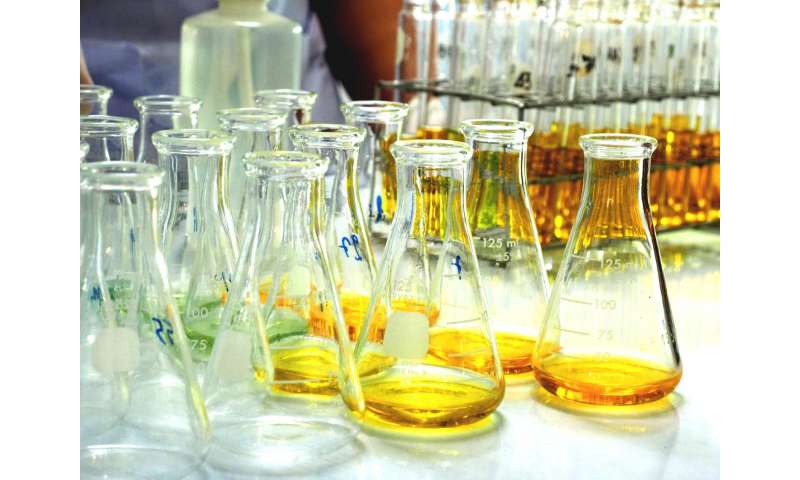 When it comes to repairing injured tissue, specialized cells in the body known as fibroblasts are called into action. Fibroblasts give rise to healing cells called myofibroblasts, which generally is good in the short term—but bad when myofibroblast activation gets out of hand. In new work, Lewis Katz School of Medicine at Temple University (LKSOM) researchers show how fibroblast activation and myofibroblast formation occurs, providing clues as to how to target fibrosis—which impacts several chronic diseases. Kickstarting the process are stress-induced changes in mitochondrial calcium uptake.

The report, published online October 4 in the journal Nature Communications, describes in detail the novel signaling pathway by which reduced calcium uptake in mitochondria serves as the major regulator of myofibroblast differentiation and fibrosis. When mitochondrial calcium levels drop, cellular metabolism changes and a metabolite known as α-ketoglutarate is upregulated. Increased α-ketoglutarate levels in turn alter the packaging of cellular DNA, changing gene expression for the conversion of fibroblasts into fibrosis-mediating myofibroblasts.

“When fibroblast signaling alters mitochondrial calcium uptake, many metabolic changes occur to promote anabolic pathways to support the formation of these new cells and provide new sources of energy production,” said John W. Elrod, Ph.D., Associate Professor in the Center for Translational Medicine at LKSOM, and senior investigator on the new study. “These changes are necessary for the new role of these cells to alter the cellular environment in an attempt to repair the injured tissue.”

While myofibroblast formation is associated with acute wound healing—think the closing of a cut on the skin—the persistence of these cells can give rise to fibrotic diseases, such as liver cirrhosis, pulmonary fibrosis and heart failure.

“Our experiments show that the accumulation of fibrotic cells results directly from mitochondrial calcium-dependent genomic reprogramming involving α-ketoglutarate, which changes the structure of chromatin, or DNA packaging—a phenomenon referred to as epigenetics and that is important in regulating gene expression,” Dr. Elrod said. This the first time that extracellular signals directly modifying mitochondrial function have been linked to alterations in the cell nucleus for the generation of myofibroblasts.

“The key finding, that a change in mitochondrial calcium uptake plays a central role in metabolic and genetic reprogramming, presents new opportunities for investigation,” explained Dr. Elrod. “We hope that the new pathways we’ve identified as essential to myofibroblast formation can be manipulated to treat fibrotic disease.”