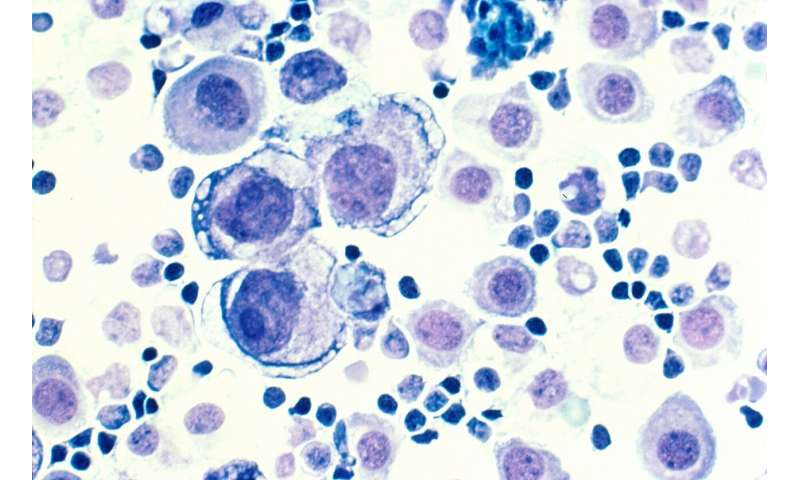 Electromagnetic fields might help prevent some breast cancers from spreading to other parts of the body, new research has found.

The study showed that low intensity electromagnetic fields hindered the mobility of specific breast cancer cells by preventing the formation of long, thin extensions at the edge of a migrating cancer cell. The research was done on cells in a lab, and the concept hasn’t yet been tested in animals or humans. The study was published today in the journal Communications Biology.

“A cancer cell has a tendency to do the most destructive thing imaginable,” said Jonathan Song, lead author of the study. Song is an assistant professor of mechanical and aerospace engineering at The Ohio State University and a member of the molecular biology and cancer genetics program at Ohio State’s Comprehensive Cancer Center.

That ability to not only proliferate locally but spread throughout the body is what makes cancer so devastating—and what prompted the research team to examine individual cancer cells to understand what makes them so harmful, Song said.

“One very destructive thing these cells do is migrate to distant areas of the body,” he said. “And what we learned here is that it seems by treating them with a certain class of electric field we are altering their potential to spread somehow.”

The research team, which included engineers and cancer biologists, found that cancer cells appeared to sense both the presence of the electromagnetic fields, and also the direction from which the fields were coming.

To study these effects, the researchers built an instrument called a Helmholz coil that allowed them to apply uniform electromagnetic energy to different types of breast cancer cells. In addition, the researchers engineered an apparatus that enabled them to track continuously the trajectories of migrating breast cancer cells while viewing them under a microscope. This apparatus, Song said, “recreates and mimics what actually happens in the body in a controllable environment that we can easily test and observe.” Their goal was to see if and how the cells responded to that energy, and what role electromagnetic fields might play in treating breast cancer in the future.

And, in their tests, they found that certain drug therapies—and specifically one that targets a pathway for cancer called AKT—could enhance the ability of the electromagnetic fields to block the cancer cells from spreading.

Because this research took place in a laboratory using a model the researchers designed to mimic the environment in which breast cancer cells form, the consequences of these findings for patients are still to be validated.

“But what we showed, biologically, is that these cancer cells are becoming profoundly less metastatic, which is a very important finding,” Song said.